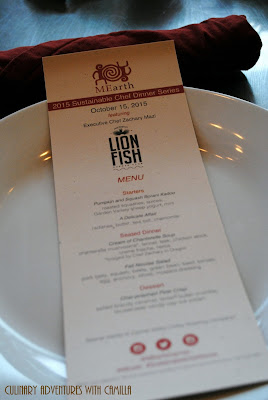 Last night we took Nonno and Nonna to the Sustainable Chef series dinner at MEarth prepared by the Lionfish Supper Club. We had gone to Chef Brad Briske's dinner in June as a belated Fathers' Day. Last night was an early birthday dinner for my dad.

Before last night, I knew nothing about the Lionfish Supper Club...other than that I've seen their events advertised. While they are always intriguing, they are also almost always mid-week. And it's hard for us to get all the way to Santa Cruz on a school night. So, when I saw that they were coming to Carmel - and timing worked out perfectly to celebrate my dad - I bought tickets immediately.

Now, having talked to Chef Zachary Mazi and owner Tighe Melville during the dinner, I have to admit: I'm more than a little smitten with their concept and their execution. 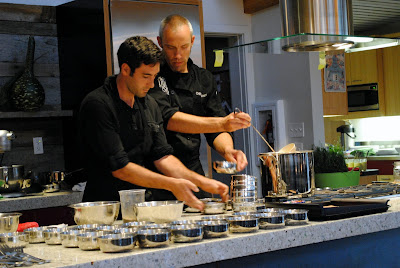 I still have no idea how they came up with their name - Lionfish Supper Club - and I did have to assure the Kitchen Elves that we were not going to eat lionfish. But their themed six to eight course dinners are what all dinner clubs should aspire towards. It's not just about good food, good wine, and good friends. It is all of that certainly, but I love the element of history that plays a role in these experiential feasts. Their upcoming Silk Road dinner is a perfect example. Chef Zachary talked about the road they'll take from China to Constantinople with six stops in between, connecting people from the past to the present through stories and ingredients. An upcoming '1493' dinner will use 'New World' ingredients that were introduced to Europe after Columbus' voyage.

How utterly intriguing! I will be following these events, hoping for the chance to get up there for a few. 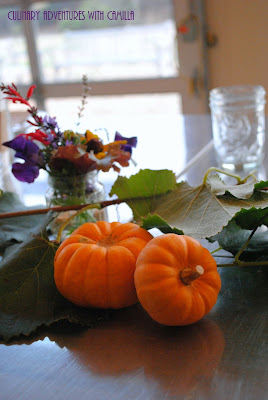 This dinner was all about autumn's bounty. Mushrooms, squashes, and other Fall darlings were center stage. 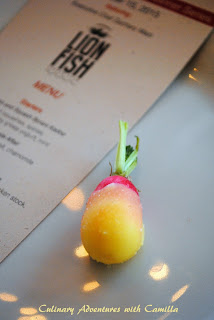 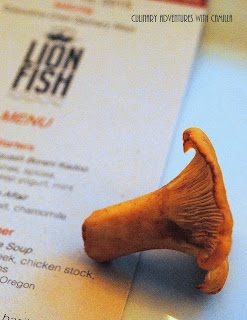 *foraged by Chef Zachary in Oregon 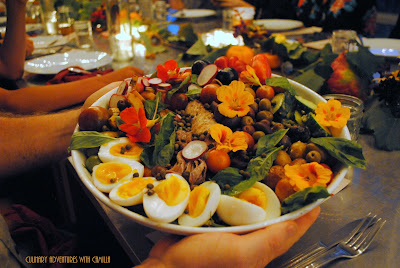 **pork belly was replaced by ling cod fresh off the boat 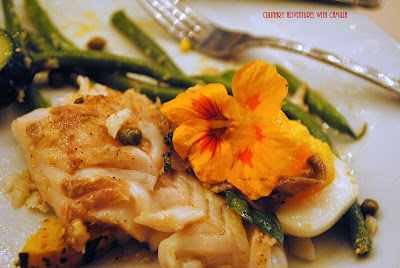 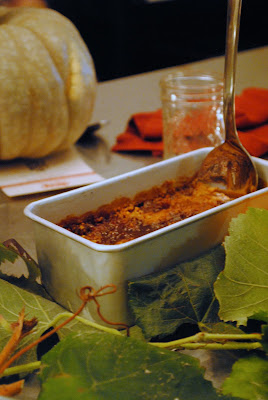 The Enthusiastic Kitchen Elf grabbed my camera and went right up to the counter to watch the housemade candy cap ice cream being made on the spot. Dry ice is a little like magic, I suppose. 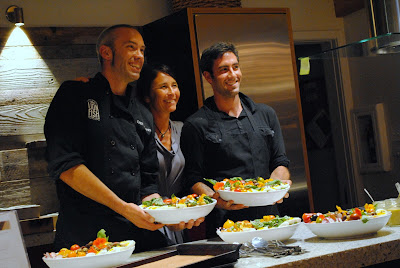 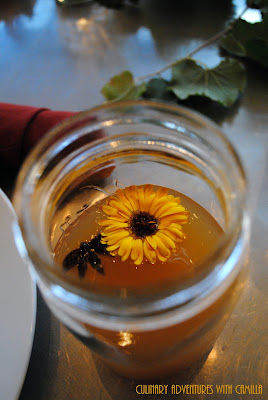 ...my Kitchen Elves discussing something about the menu... 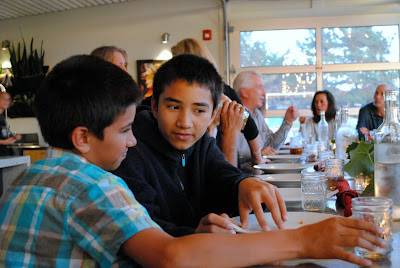 ...and the mason jar luminaries to light our way out. The skies were clear and stars twinkling above us. But over the hills, looking towards the valley, there was a dramatic lightning display. 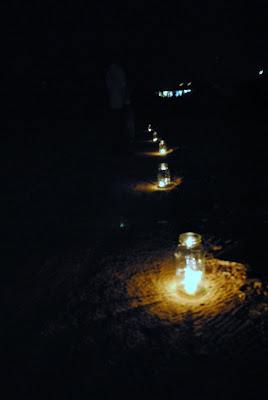 The entire evening was one lovely surprise and detail after another. I rarely eat till I'm uncomfortable, but I had one too many bites of the ling cod; I couldn't stop eating it. Then, I ate dessert. I almost never eat dessert.

Don't be shocked if you see some of these dishes on our table soon. Maybe Thanksgiving. I mentioned to Chef Zachary that I was going to try his pear crumble, but made with quince. He admitted he's never cooked with quince. He inspired me. Maybe I inspired him to track down some quince!