Cooking Around the World Adventures: Saint Kitts and Nevis

By Camilla M. Mann February 25, 2014
We're kicking off the countries that being with 'S' in our Cooking Around the World Adventure! And we traveled to Saint Kitts to do it.

Saint Kitts and Nevis is located in the Caribbean Sea, about one-third of the way from Puerto Rico to Trinidad and Tobago.

St Kitts is larger than Nevis. Nevis is just about a single mountain with a height of 3,232 ft. The official language is English since the British settled on St. Kitts and Nevis in the seventeenth century. It finally gained its independence from Britain in 1983. Basseterre is the capital and the population of these two islands is 48,000.

For our dinner, we made Stewed Cod, Coconut Dumplings, and Spiced Plantains...I started with some traditional recipes I found and adapted them. 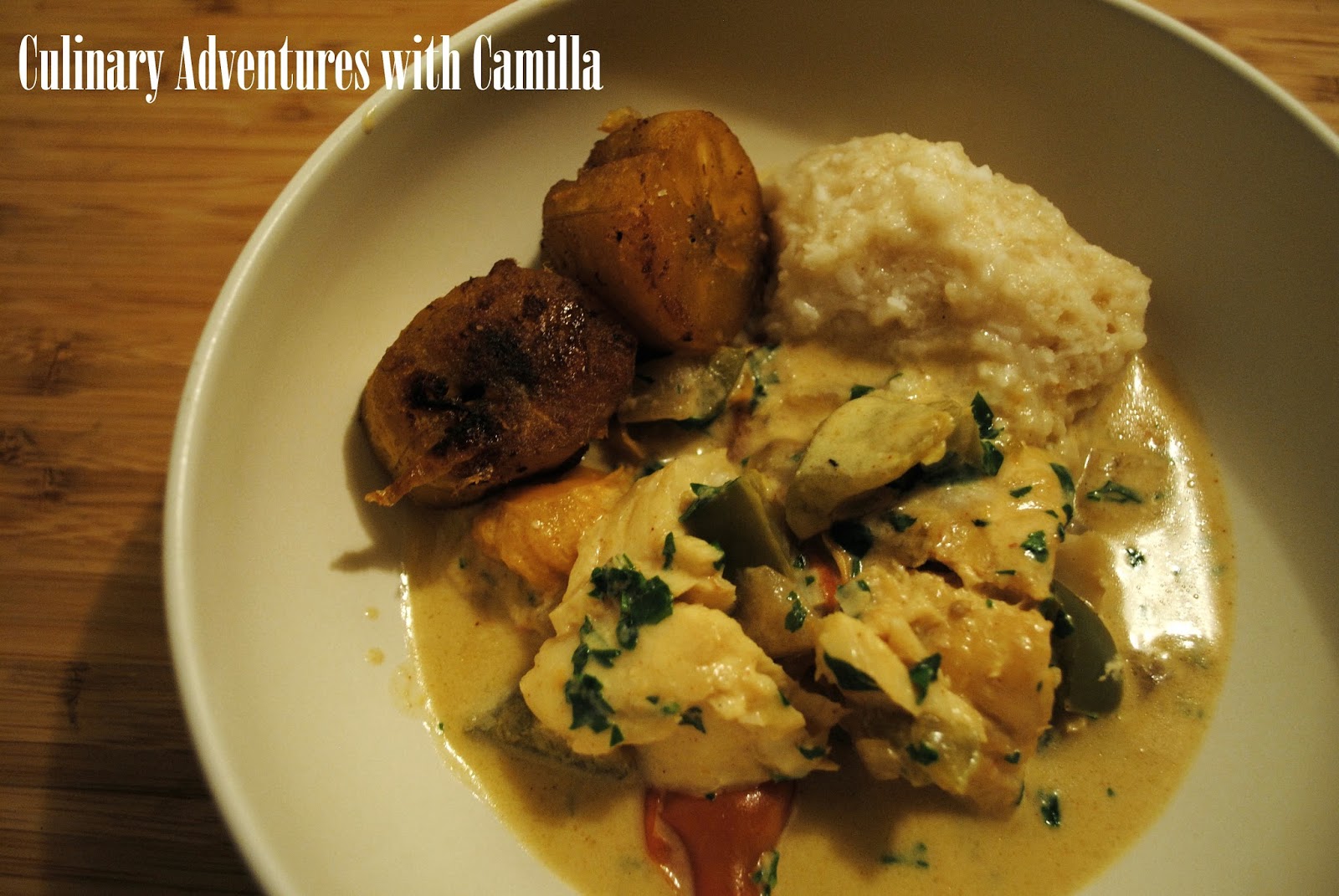 Stewed Cod
1 lb cod (traditionally, it would have been salt-cod...I used an Alaskan cod)

Heat olive oil in a large, flat-bottom pan. Add pepper, garlic, and leeks. Cover and sweat over low heat for 5 minutes, stirring occasionally. Add tomatoes and simmer over moderate heat until softened and beginning to form a sauce. Add fish and coconut milk.Cover and simmer over low heat for 5 minutes - or until the fish turns opaque. Season to taste with salt, pepper, paprika, and curry powder. Just before serving sprinkle with fresh parsley.

Combine all ingredients in a mixing bowl. Toss until plantains are complete coated with oil and spices. Pan-fry in batches until golden brown and cooked. Remove from the heat and drain, if oily. 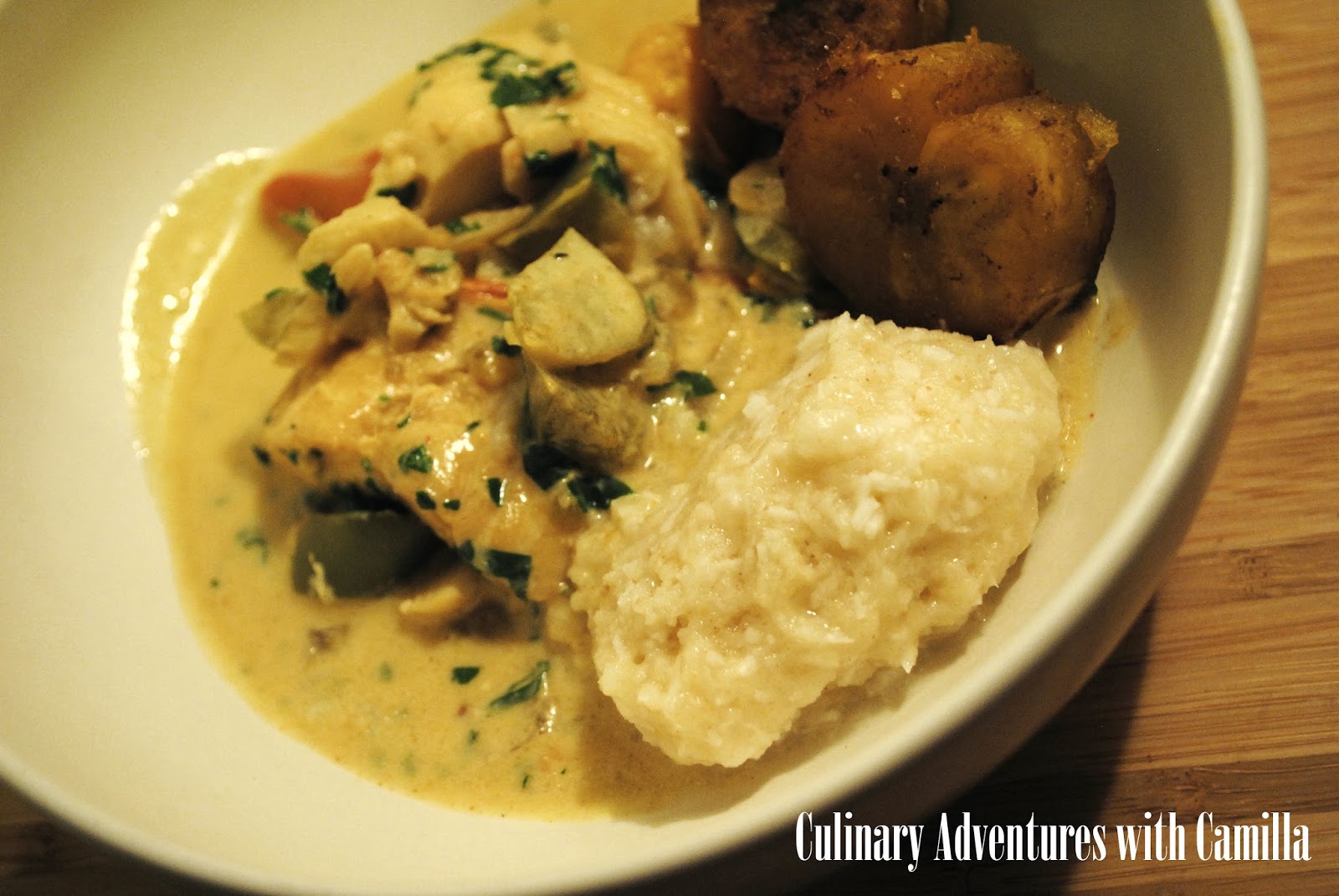 Place flour, coconut, salt, coconut oil and butter in a medium mixing bowl. Gradually stir in water to make a stiff dough.Turn onto a lightly floured board and knead for about 2 minutes. Make dumplings in desired shape. Slide dumplings into boiling water. Let cook for 10-15 minutes.

And this is a wrap for our Saint Kitts and Nevis adventure. Jake really liked this meal. We'll be heading to St. Lucia next! I'm thinking cocoa tea for sure. But, what else?!?