Rwanda: Chicken Stew with Celery {Cooking Around the World Adventure}

By Camilla M. Mann February 19, 2014
Wow! It's been a month since our last  Cooking Around the World Adventure dinner. Yikes. I need to get better about this because I am bound and determined to wrap this project this year. Tonight we headed, via tabletop, to Rwanda, the land of a thousand hill. 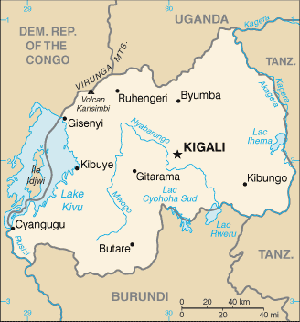 Rwanda is a land-locked country, just south of the Equator in central Africa. It's surrounded by four countries: Burundi, Tanzania, Uganda, and the Democratic Republic of Congo.

The population is approximately 12 million people. And though Rwanda is densely populated, if you look at the horizon, you'll see hill after hill after hill.

Hi, Bonjour, Muraho! The official languages of Rwanda are English, French, and Kinyarwanda.

Here's what we ate...our spin on a traditional Rwandan chicken stew in a celery-tomato sauce. 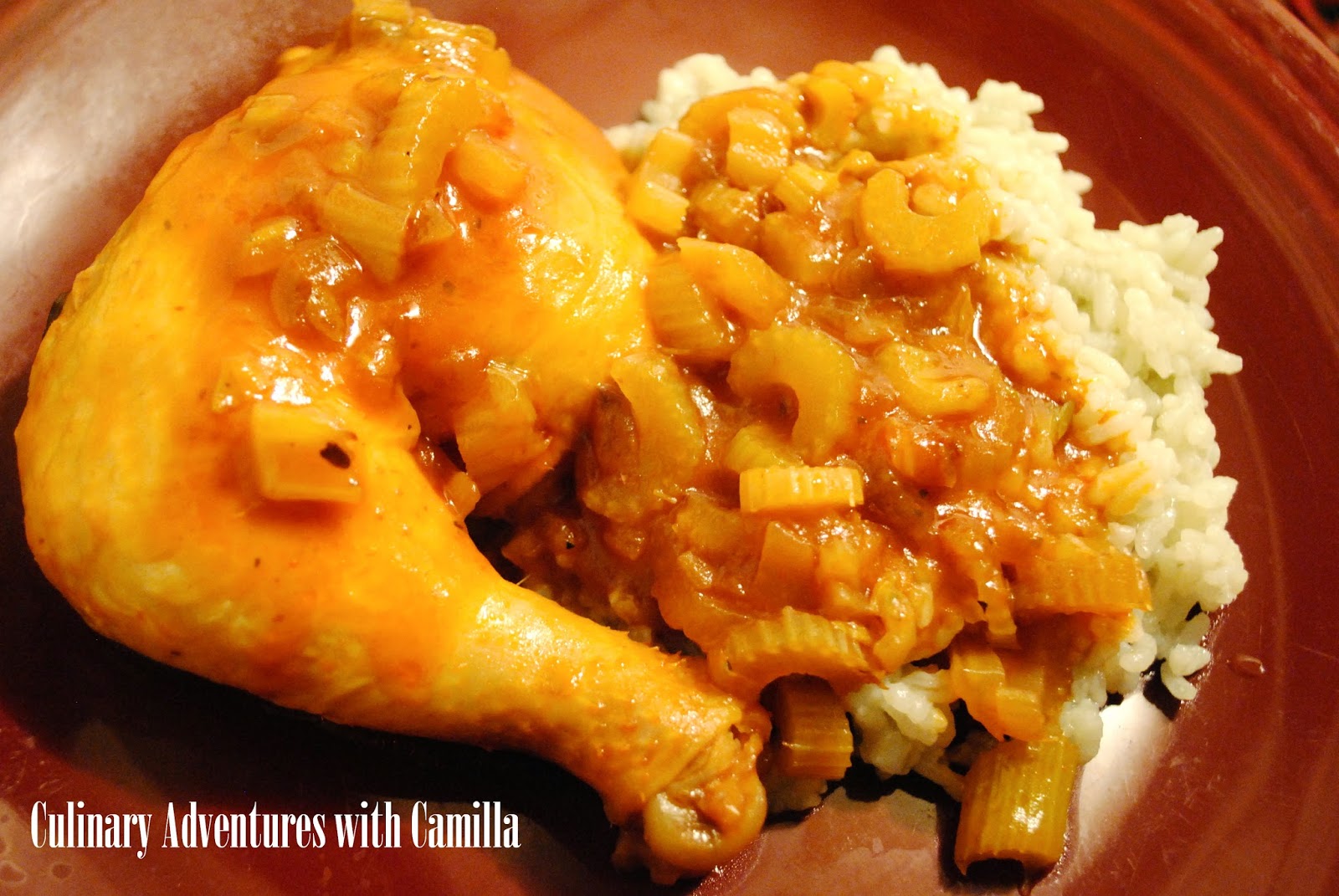 Preparation
In a large, flat-bottom pan, heat the oil. Saute the onions and shallots until they begin to soften. Make room in your pan and lay the chicken in the pan. Brown the chicken until nicely golden brown. Add in the tomatoes, salt and chiles. Reduce the heat to a simmer and cook until the chicken is completely cooked and the sauce begins to thicken. Serve on a bed of rice.

This was filling and fulfilling. Delicious! With this, we're done with the Rs and we're moving on with the list. We'll be cooking Saint Kitts and Nevis next.