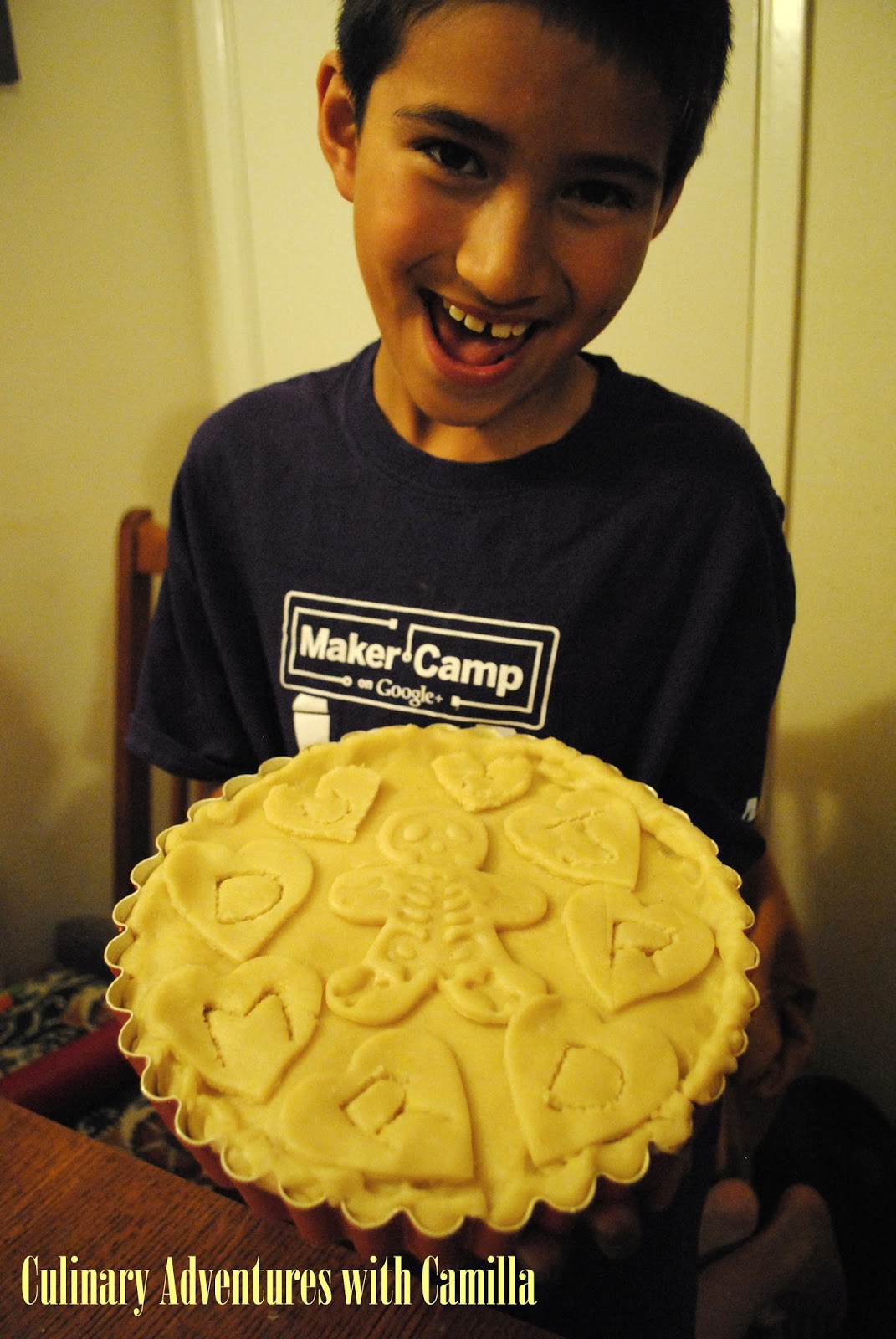 Tomorrow I'll post a photo of this sliced and ready to devour!

My littlest Kitchen Elf loves watching Cake Boss. Ever since he discovered it in our Netflix stream, he's been (borderline) obsessed. And he is slowly making his way through the seasons when he has a chance. In one episode, Buddy and his baking crew make what they called 'pastachote.' At least that's what it sounded like to D.

"Mom, it's a Southern Italian pastry. You had to have had it when you lived in Italy!" he insisted. "Can we make it?"

Second, what on Earth are you saying?!? That doesn't even sound Italian! Then I remembered that Italian-Americans have an irritating habit of lopping off the final vowel in Italian words. That drives me bonkers. If you're going to call someone crazy, why not call them crazy - pazzo for a guy and pazza for a girl!? Pazz isn't a word in any language as far as I know.

So, D and I watched the episode with the pastry in question and hit the internet. I finally figured out that they were making pasticiotti or pasticiott- without the final 'eee' sound. D was pretty close with his 'pastachote' attempt.

Here we go...D's version of Pasticiotto Leccese. We decided to bring it to our friends' house; they had invited us over for dinner, so he put all of our initials on it - D, R, J, C, R, M, D, and U. Sweet boy! 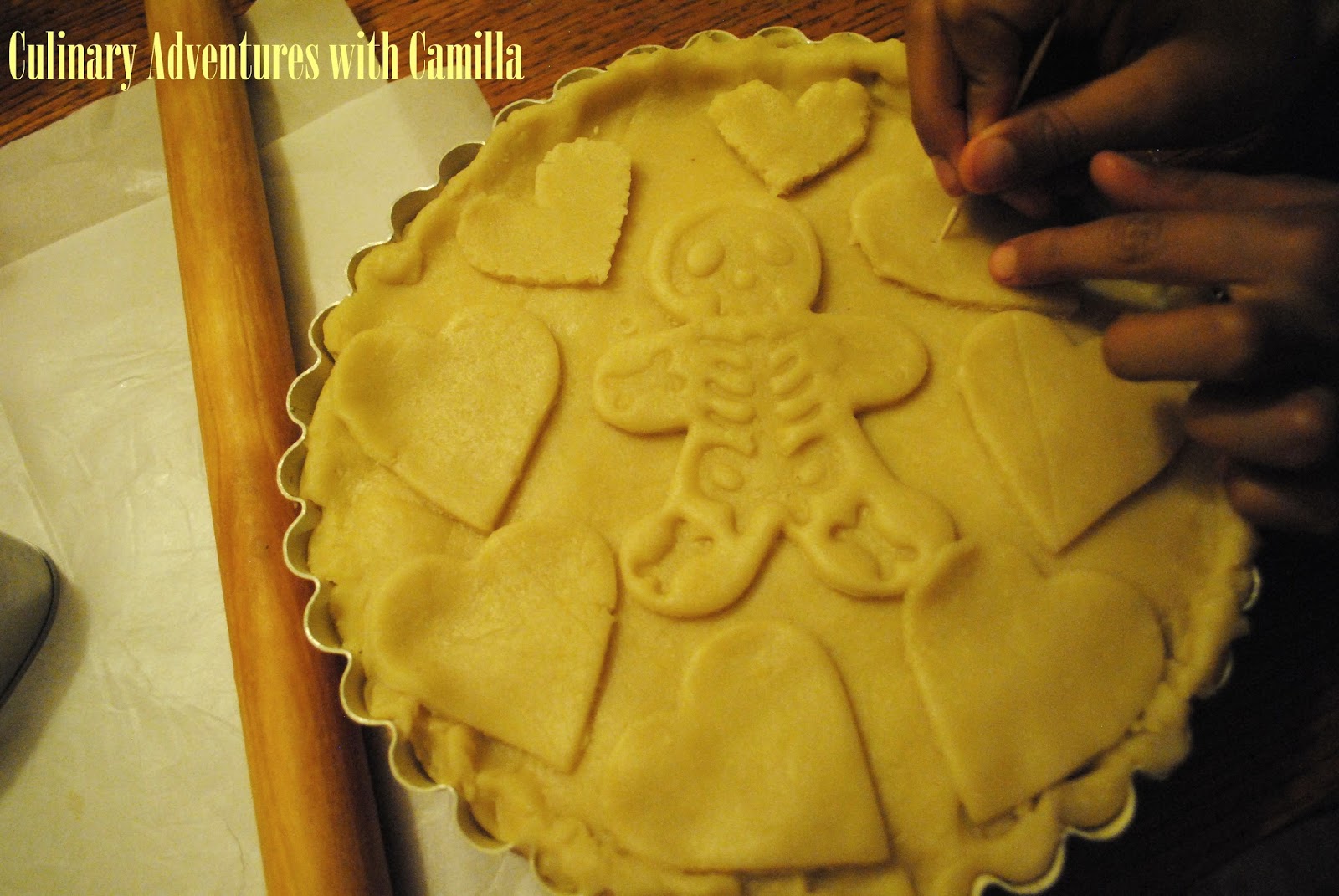 We started with a sweet Pâte Brisée because it has a rich flavor and a crisp, flaky texture. I added in limoncello for an added lemon kick.

For the Pâte Brisée
This should make enough for the top and bottom of a 10" tart. 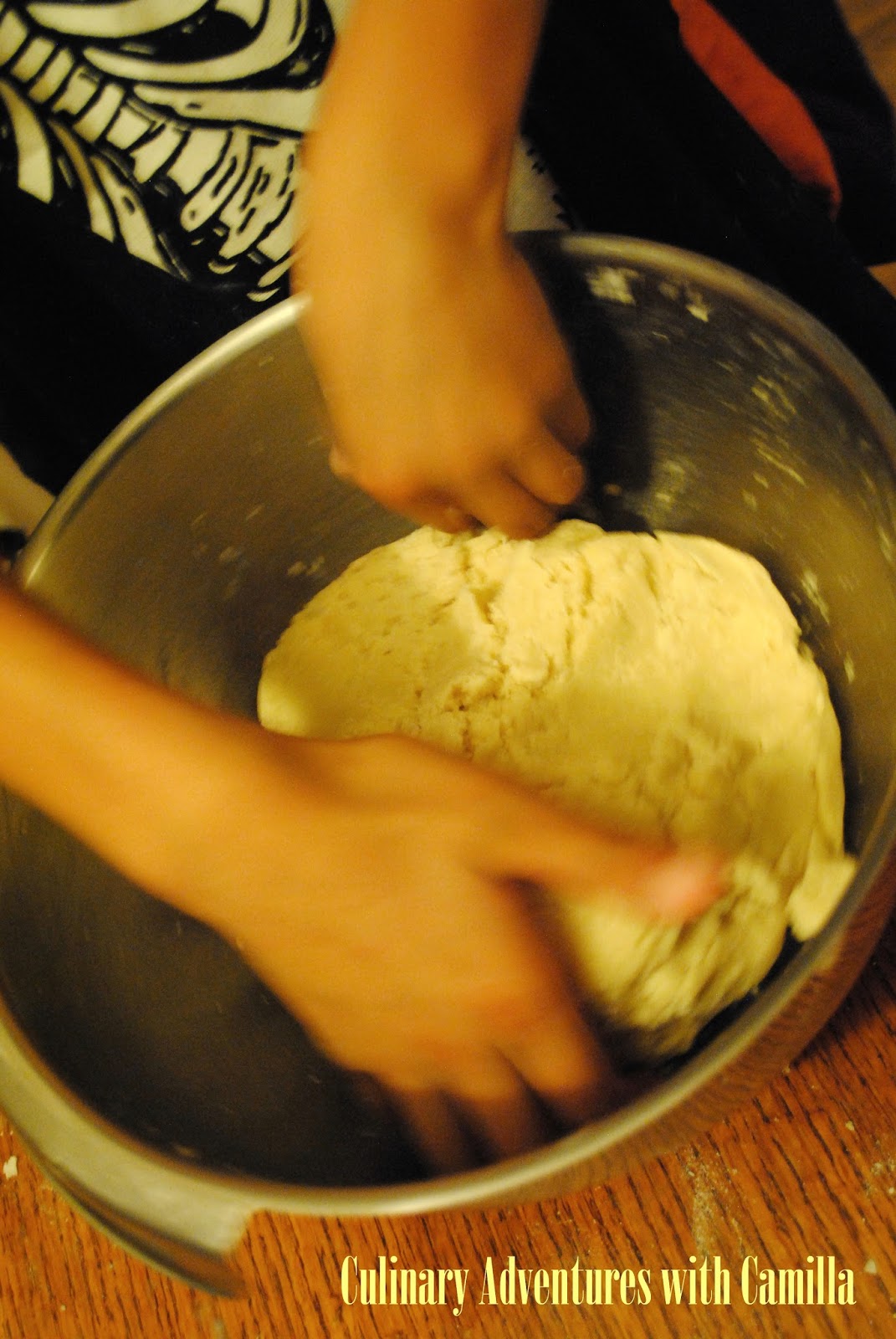 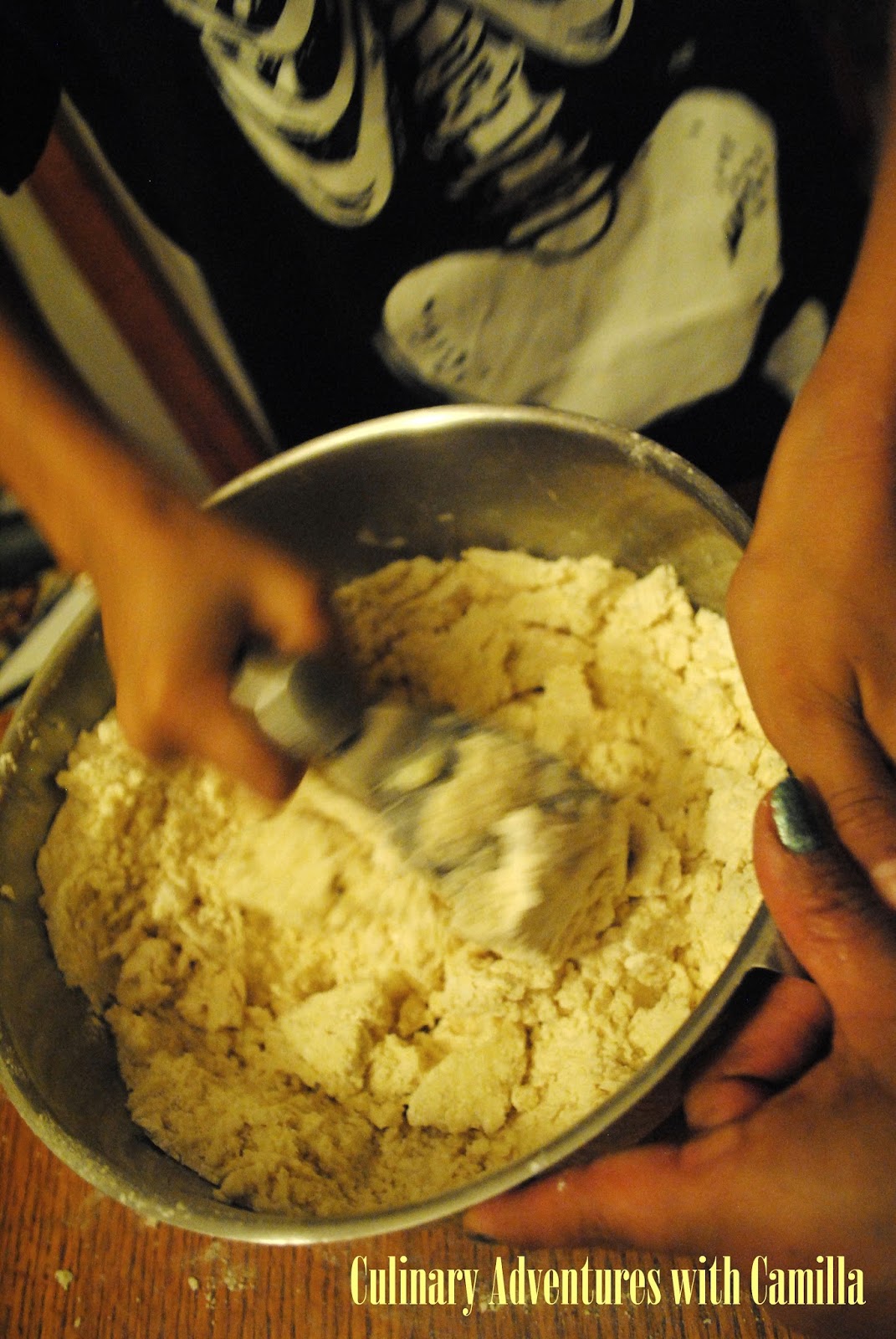 I don't have a food processor, so I use a pastry blender and do it all by hand. Place the flour, ground cashews, powdered sugar, and cold butter in a large bowl. Use the pastry blender until the mixture resembles coarse meal, with pea size pieces of butter. Add limoncello and cold water 1 T at a time, until mixture just begins to clump together. If you squeeze some of the crumbly dough and it holds together, it's ready. If the dough doesn't hold together, add a little more water and cut again. Note: too much water will make the crust tough. Once the dough comes together into a ball, halve your dough and wrap tightly each ball tightly in plastic wrap and refrigerate for at least 30 minutes before using.

For the Pastry Cream 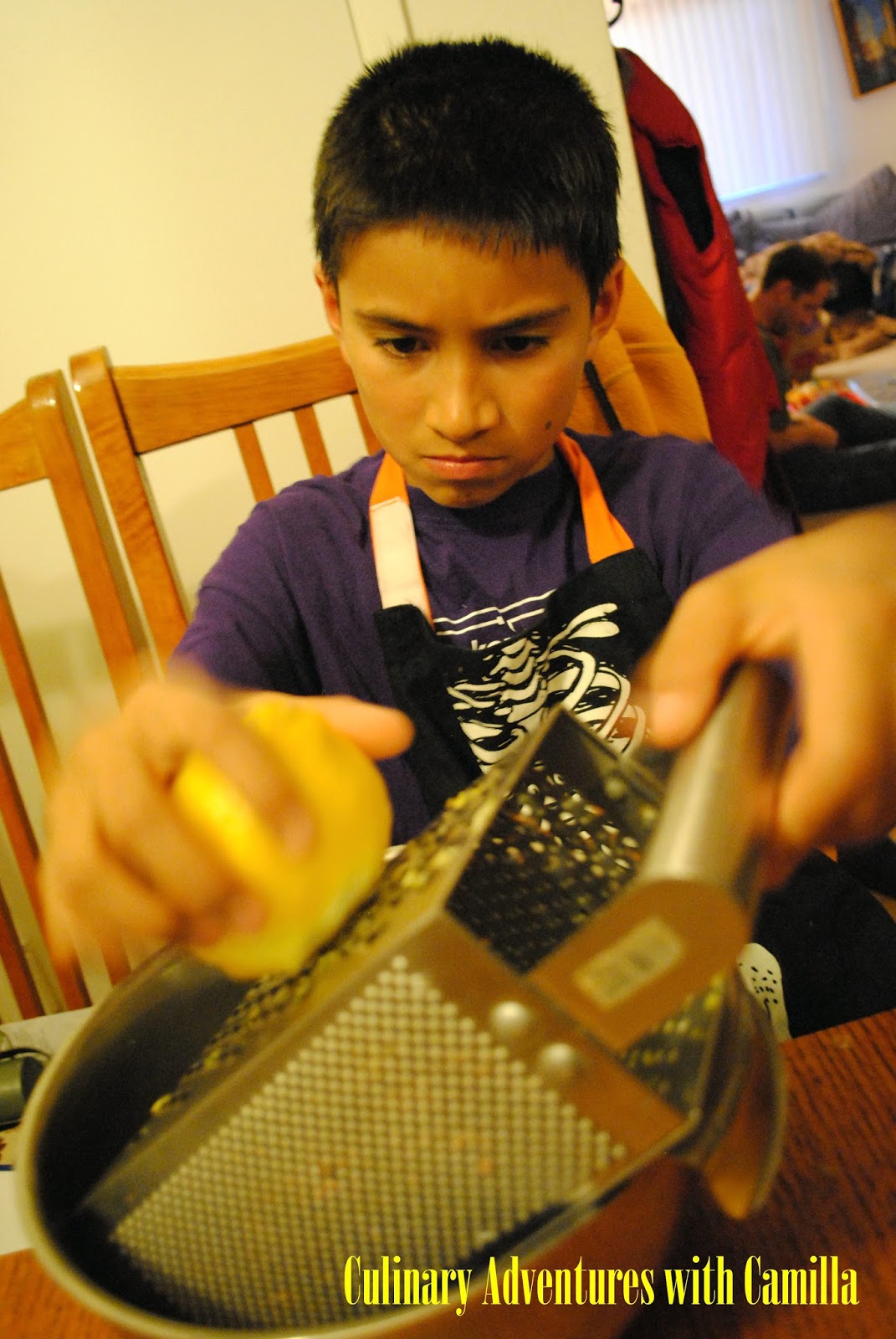 Place the milk and the lemon rind in medium sauce pan and let stand for 20 minutes. Then scald the milk and let the lemon rind steep in the milk for 10 minutes. In the meantime, in mixing bowl, blend the sugar and egg yolks until the mixture becomes fluffy and pale. Add the cornstarch and flour and whisk to combine.

Slowly pour the warmed milk into the egg yolk mixture, whisking as you pour.  Place the saucepan back on the stove and bring to a boil. Whisking vigorously the whole time.  Once the mixture has thickened and just started to boil, remove from the heat. Keep whisking to keep it smooth. Spread the pastry cream into a dish and cover with plastic wrap, touching the top to keep the cream from developing a film.  Refrigerate until cold.

Roll out the Pâte Brisée between two pieces of parchment paper. 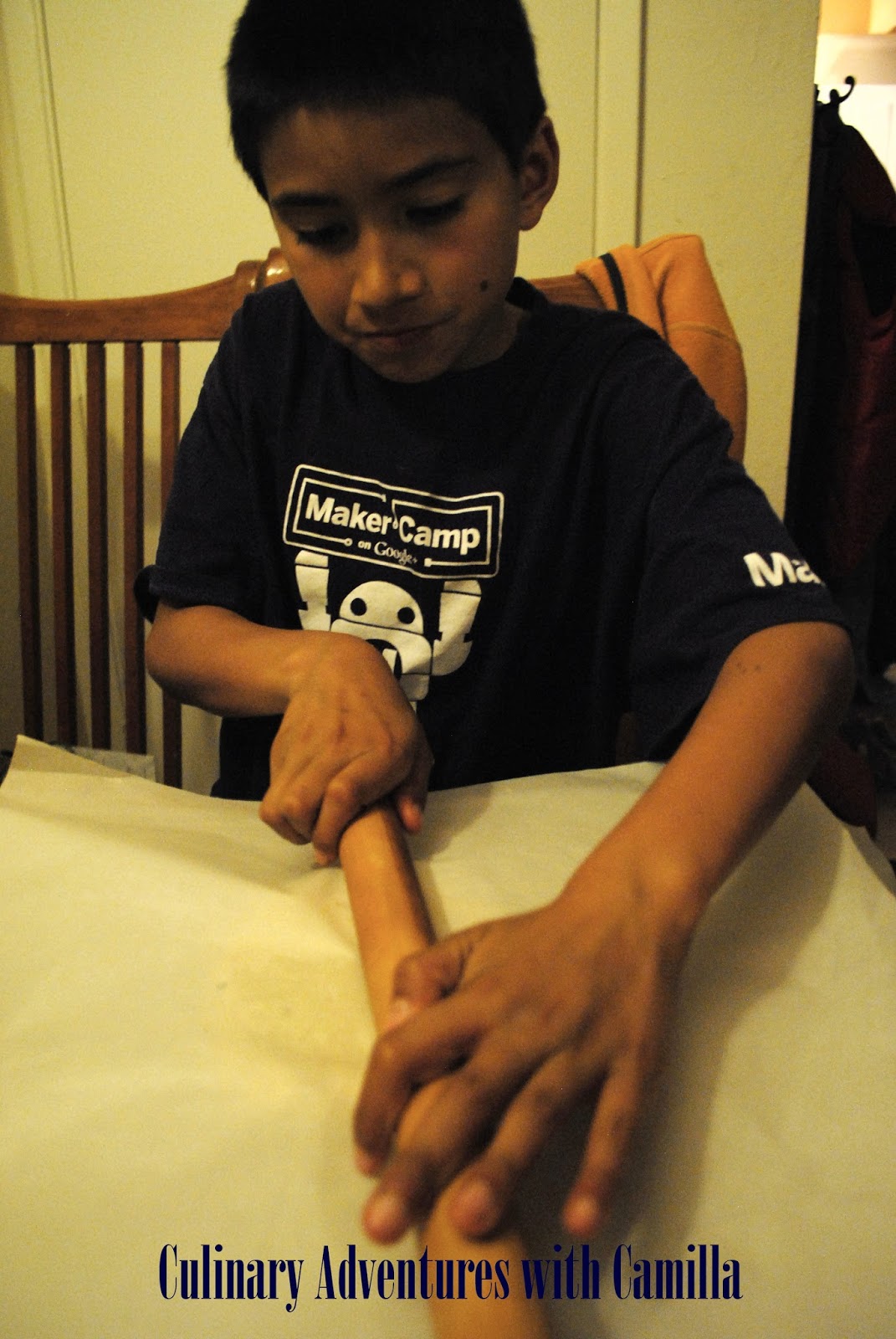 Lay one of the Pâte Brisée rounds in your tart pan. With your fingertips, press the dough into the mold, so that the dough lays flat against the bottom of the pan and goes completely up the sides. 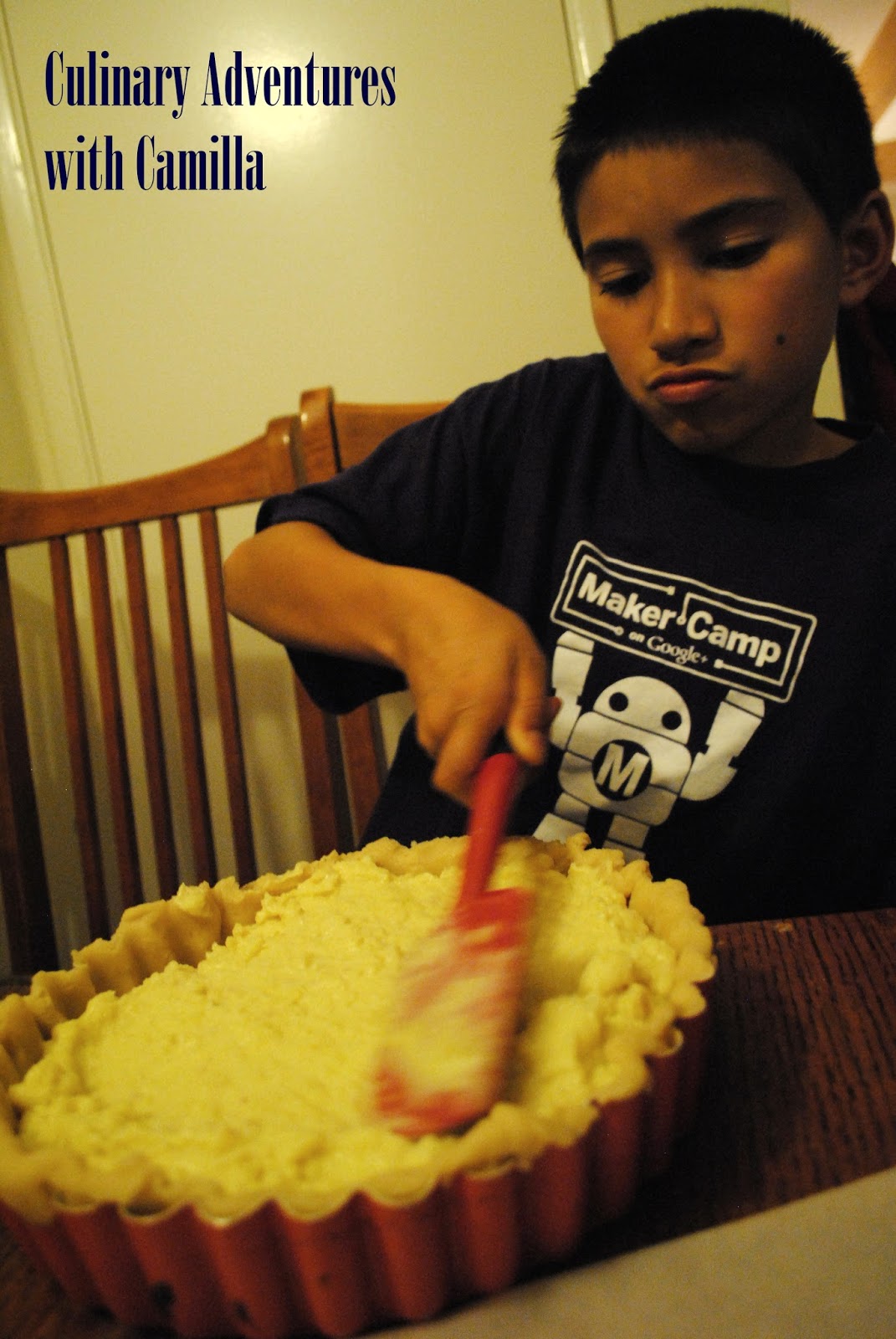 Lay the second pastry dough over the tops of the pan. Press around the top edge of the pan with your fingers to seal the pastry. 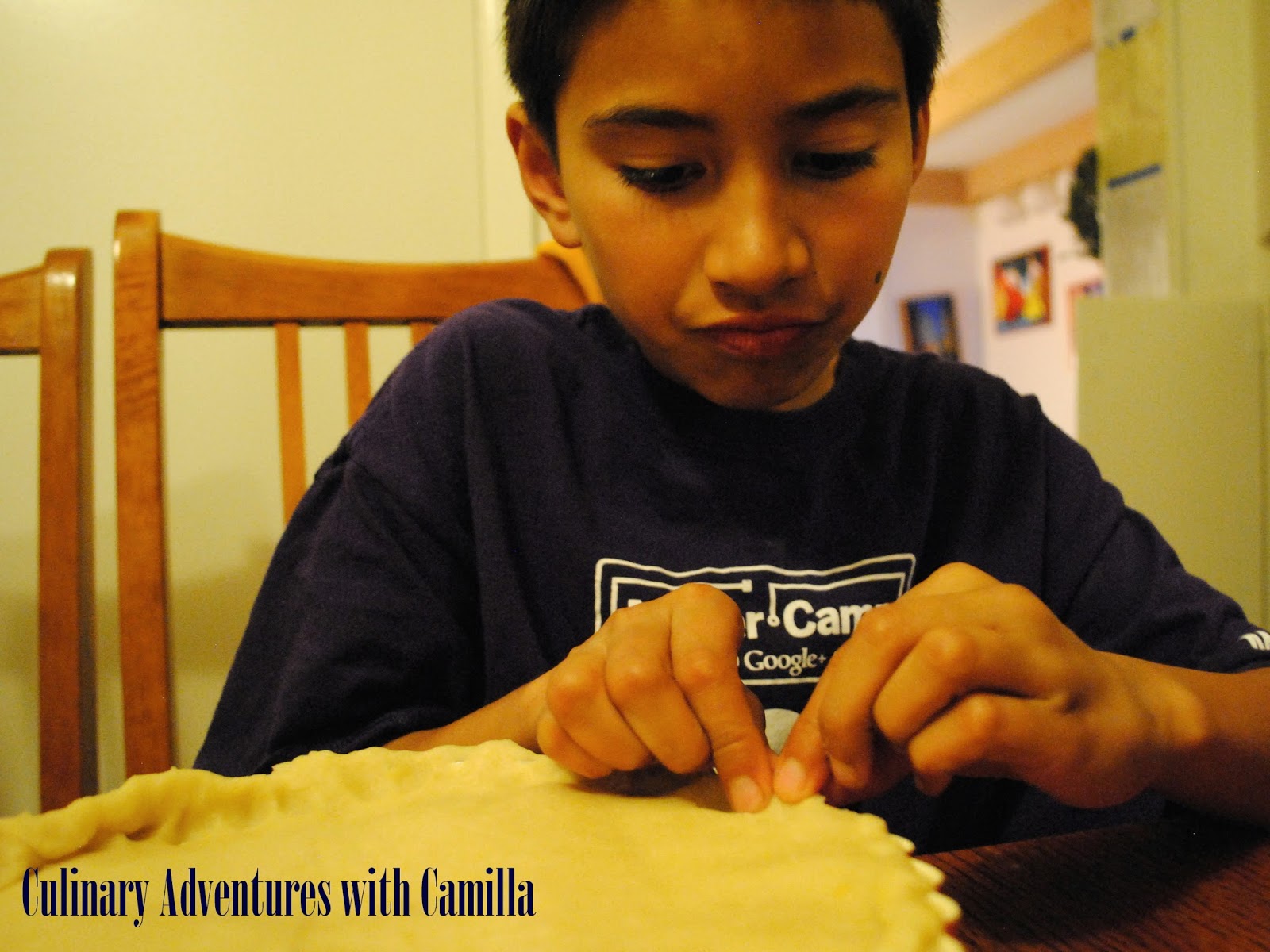 If you have extra dough and want to use it to create a decoration, do that! Preheat the oven to 375 degrees F. 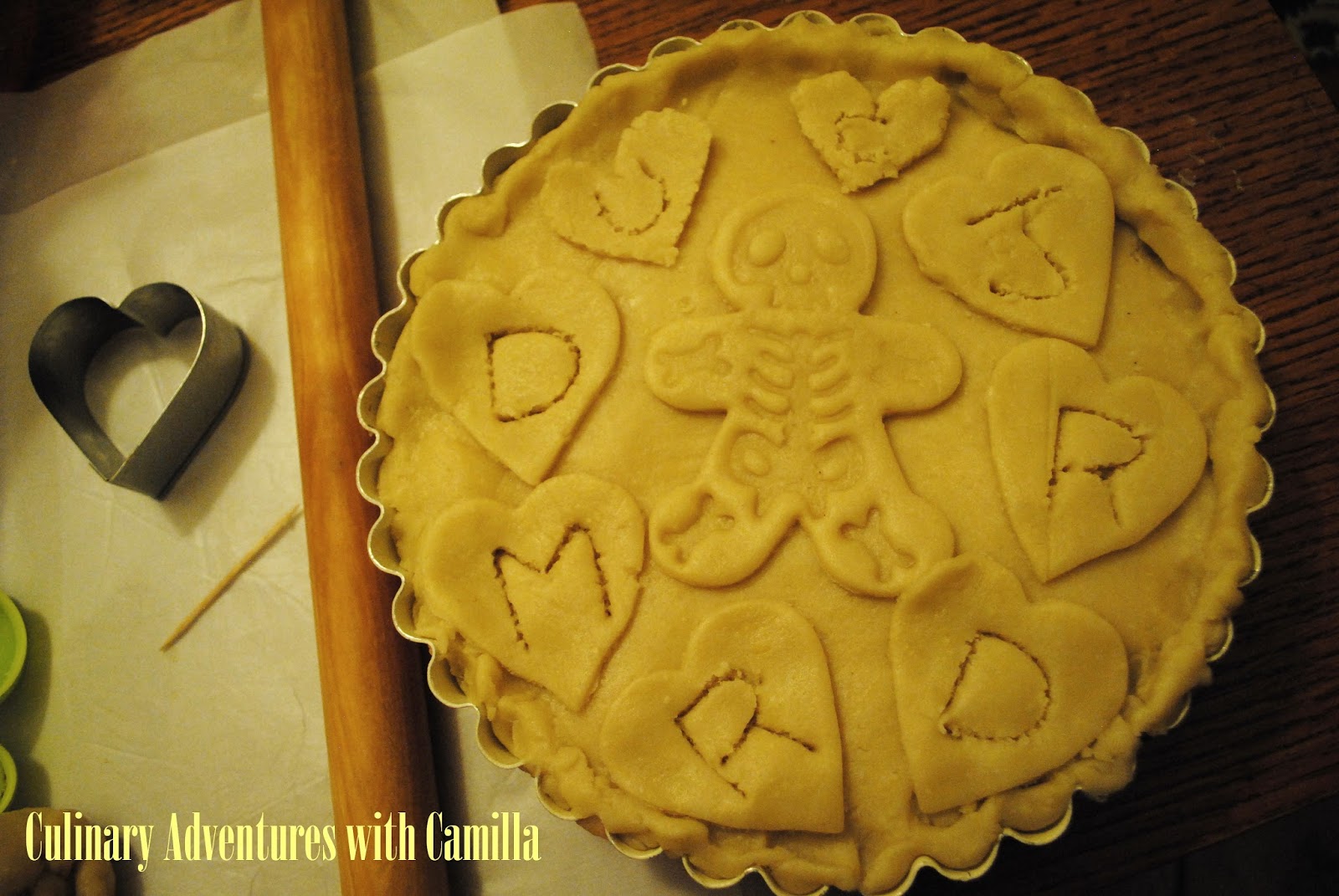 Bake at 375 F for 40 to 45 minutes. The top should be golden brown and the crust crisp. Cool completely. Enjoy at room temperature.