Cooking Around the World: Nauru 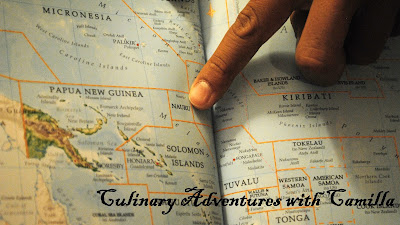 We're into the Ns in our Cooking Around the World Adventure. Next up: Nauru. It's the world's smallest independent republic and is one fascinating country in as much as I can hardly find any information about it. Granted, it's less than 15 square miles, but it is populated and they have to eat something, right?!? I found references to white rice and SPAM. Ugh. Sorry, that's not going to happen during this tabletop trip or any other!

Another mystery: the exact origins of the Nauruans are unclear since their language does not resemble any other in the Pacific.

A German-British consortium began mining the island's phosphate deposits early in the 20th century. And phosphate mining devastated the island environmentally. So, virtually all of their food is imported, including fish caught by nearby Kiribati fishermen. In pre-mining times, Nauru had plenty of pandanus and fish, and they ate those with coconut meat.

White rice is a staple, and fish with rice is their ideal meal. There are no local fruits or vegetables; all of those consumed are brought in in cans. Wow. This diet is said to contribute to a high rate of obesity and diabetes. Still, white rice and fish was more appealing to me than white rice and SPAM. So, we traveled back in time to pre-mining Nauru for this dinner... 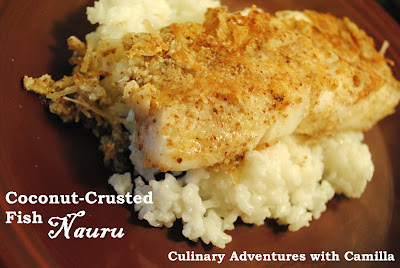 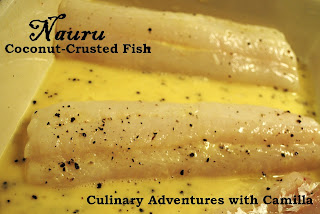 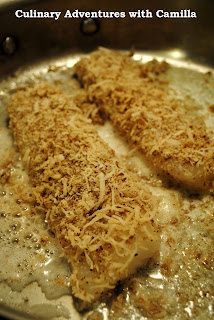 Heat the coconut oil and butter in a large, flat-bottom pan, one large enough to hold your filets. Beat egg with coconut milk, salt and pepper, then dip your filets into the egg mixture. Mix the almonds and dried coconut on a plate. Press the egg-dipped fish into the coconut and place in the oil-butter mixture. Cook until the fish is firm and flakes beneath your fork easily. Serve with Coconut White Rice - rice steamed with both water and coconut milk.

Iced Coffee
I did find a piece by Global Table Adventure about Nauruan Iced Coffee. Click to read: here. Just imagine cold-brewed coffee with milk in as much sugar as you can stand...and it's served in whatever plastic container you can find. 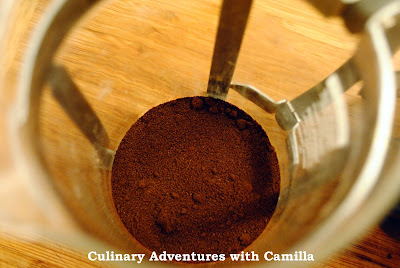 I didn't have any plastic containers, so I served the iced coffee in my LOST pint glasses...with lots of sugar and lots of milk. 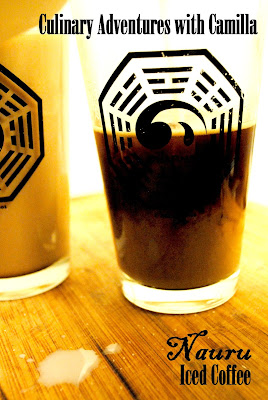 Nepal is next on our list. This Global Table Ambassador is signing off for now.