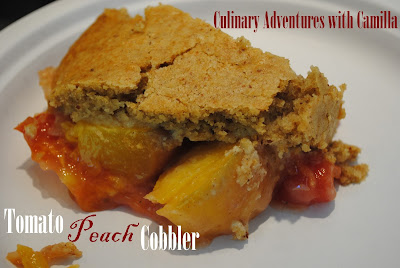 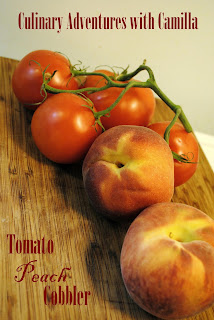 While luscious tomatoes and succulent stone fruits scream ‘summer!’, this seasonal cobbler paired them to disastrous results. The tangy buttermilk topping is one I will certainly use again as it was tasty with a pleasing crumb. But the combination of tomato and peach was a miss with everyone who tried it. I brought this dessert to a summer barbeque – with well over 30 people in attendance – and I came home with half a pan full of cobbler. That never happens. It’s too bad, too, because I wanted to love this dish.