"And them good old boys were drinkin' whiskey in rye..." 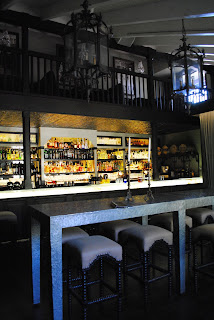 I can't remember the last time I had Scotch or Whiskey or Bourbon. Heck, I don't even think I know how to differentiate those. So, when Jake and I sidled up to the bar in Restaurant 1833 last night, having just dropped the boys off at their aerodynamics workshop for a few hours, I was more than a little surprised that he sat right down and asked Michael, the bartender, which Scotch he would recommend. What?!? Who was this man sitting beside me? Michael said that there were 10, 12, 18, and 25 year options. He ordered a 12-year Scotch.

But since I'm always up for learning something new. I swirled it, sniffed it, and took a swallow. I think what I actually did was more of a sip - and a timid one at that. I was expecting something harsh and was taken aback at how smooth it was. It rolled off my tongue, soft and warm, reminding me of pearls and cashmere. Okay, that's not a very manly image and Scotch is the quintessential Good Ol' Boys drink, right? But what I mean is that it was an elegant drink. I was surprised.

And, as I always do when I encounter something with which I am unfamiliar, I do some research. I found this article illuminating: The Art of Manliness Guide to Scotch Whisky though I'm not convinced that I fully understand these distinctions. Forgive any inaccuracies. And if you'd like to clue me in on something about whiskey, Scotch, or bourbon, feel free. 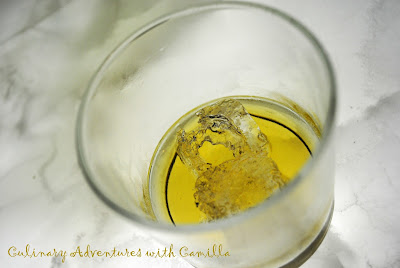 The differences between Scotch and Whiskey are geographic, ingredients, and spelling. On that side of the Pond, the Scots spell it whisky (no 'e') while the Irish spell it with an 'e': whiskey. Scotch is Scotch whisky made in Scotland; Whiskey is whiskey bourbon made in the U.S., mainly Kentucky. If you order a whiskey in the United Kingdom, you'll get a Scotch. Scotch is made mostly from malted barley while whiskey is made primarily from corn. Tennessee whiskey and bourbon are different because after distillation the former is run through a sugar maple charcoal. Add 'Rye Whiskey' - made with over 51% rye in its mash - to the mix. Oye. I am still, hopelessly, confused. But I'm happy to hum a few bars of Don McLean's American Pie and drink whatever's being poured. Cheers.