Cooking Around the World: Namibia 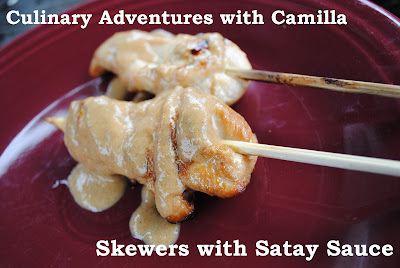 We're into the Ns in our Cooking Around the World Adventure, as we take advantage of longer summer evenings and lack of homework and a schedule. I held off cooking this for a few days because, frankly, 'grilled bush meat' wasn't high on my to-try list nor was 'neck of mutton' or 'ostrich carpaccio.' I figured that crocodile meat was off the list as possible anyhow. And I was feeling too lazy to head off in search of ostrich meat. I know that I can find it; I just hadn't had the time.

Country: Namibia.
Fun Facts:
Namibia is the second least densely populated country on earth - after Mongolia. There are just over two million people living in a country which is half the size of Alaska.

Fish River Canyon, , formed about 500 million years ago, is the second largest canyon in the world, after the Grand Canyon – it is 100 miles long, up to 16 miles wide and 1640+ feet deep. The hike takes 5 days and there are no hotels along the way.

Sossusvlei are said to be the highest sand-dunes in the world.

Shipwrecks are peppered along the Skeleton Coast coastline and elephants wander through the sand dunes that plunge directly into the freezing Atlantic ocean.

Dragon’s Breath is the largest underground lake in the world.

The San Bushmen of the Kalahari Desert, are considered Namibia’s first people. They traditionally followed the migratory patterns of the animals and still have no homeland. They speak a clicking language.

Namibia has the largest free-roaming cheetah population in  the world with an estimated 2,500 – 3,000 cheetahs in Namibia. Leopards and lions are also indigenous big cats in Namibia. 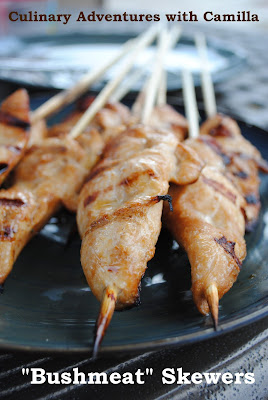 This is traditionally made with crocodile and ostrich. I used chicken. But I didn't tell Dylan that right away...and he was more than a little dubious. 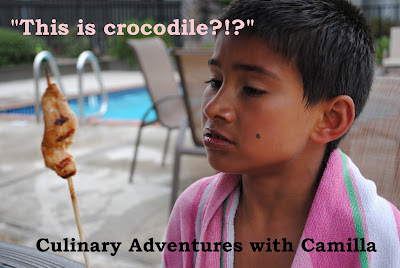 Marinate your meat overnight. I used strips of chicken breast.

For the satay sauce
juice and zest from 1 lemon
2 T peanut butter
2 T ground almonds (traditionally they use cashews, I had almonds)
1/2 C coconut milk
splash of soy sauce to taste
1 T raw honey
Combine all the satay sauce ingredients with just enough soy sauce to season. Add a little sugar to sweeten, if necessary. Simmer gently for five minutes.

While the grill heats up, soak the skewers in cold water - for ate least 10 minutes. Thread strips of meat onto each skewer and place on the grill. Cook for a few minutes on each side until cooked golden. Serve with the hot satay sauce for dipping. 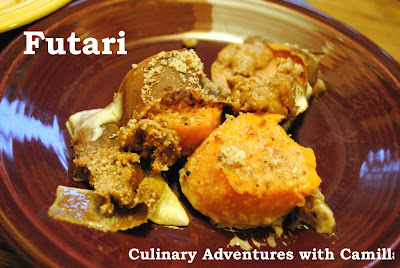 These are the traditional flavors, but not the method.

Slice the sweet potatoes into coins. Place them flat in a baking dish. Mix all of the other ingredients together and drizzle them over the potatoes. Baked until the milk is bubbling. Serve hot.

Nauru is next on our list. This Global Table Ambassador is signing off for now.