By Camilla M. Mann July 13, 2013
Jake and I were on our Let's-Explore-Some-New-to-Us-Restaurants Adventure - while the boys were at their aerodynamics workshop for the evening -  and strolled into Le St. Tropez. Scanning the appetizer portion of the menu - escargot, okay...mussels, okay - my eyes fell on something I had never eaten: frog legs. Can you believe that with all the different things I've eaten in my life, I have never had frog legs?!? Now I have. 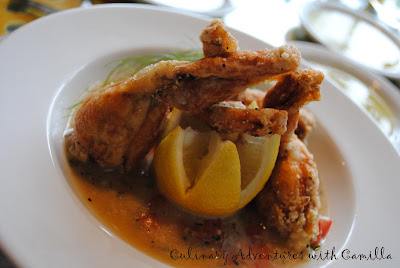 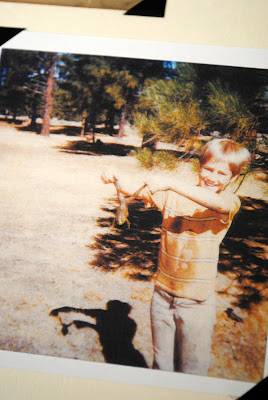 We dug in as soon as the server brought the dish. And Jake asked, incredulously, "How big was the frog? Look at these legs!"

Funny, I've been with Jake for over 15 years, married for over 13, and I never knew that he used to catch frogs for fun...and cooking. So  he actually has a frame of reference for how large the ones we ate really were.

So, the guy had never had an artichoke before he met me yet he ate rabbits and frog legs on a regular basis. Then I remembered this photo...

He told me the story behind that photo and we laughed and laughed. Thankfully we were one of few tables occupied. So we weren't too disruptive.

The verdict: the first leg I ate tasted like, well, chicken (I know that sounds trite, but it's true); the second one tasted a little more pond-y. The sauce made the dish. I don't think I'd order them again. There are too many other things out there to eat that are out-of-this world

Another first of the evening - saffron panna cotta served with tapioca balls in an orange sauce topped with spun sugar. Grown-up cotton candy. 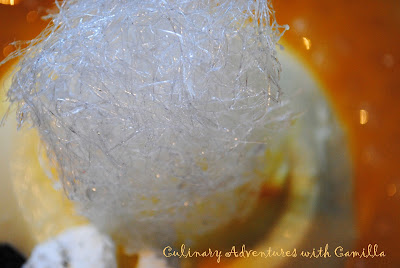 I have never made panna cotta. I've eaten it on many occasions. But it's definitely on my list of to-cook.