By Camilla M. Mann June 09, 2013
I had a reader ask me: what's an olallieberry? And I have even had a friend of a friend eat something I made with olallieberries and, still, persist in telling me that olallieberries do not really exist - that I made them up. So, I decided to do a quick little Olallie FAQ... 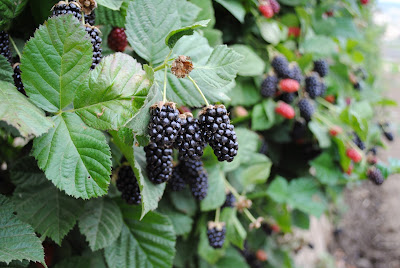 Pronounced oh-la-leh, it is a hybrid that was developed at Oregon State University in the middle of the 20th century. It's a loganberry (blackberry + raspberry) and a youngberry (blackberry + dewberry) blend. Since it's a majority blackberry, genetically, it possesses similar flavor characteristics. However, it's much larger and generally sweeter than the blackberry. 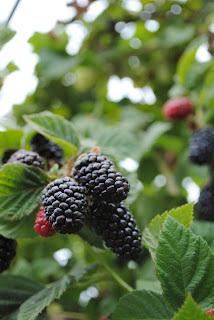 How did the Olallieberry get its name?
“Olallie” is the Chinook (Native Americans in the Pacific Northwest) word for 'berry,' so you’re actually saying “berry-berry."

How does it taste?
Delicious! It’s tart, sweet, and juicy.

What can you do with olallieberries?
Check out my Olallie-Love recipe round-up.