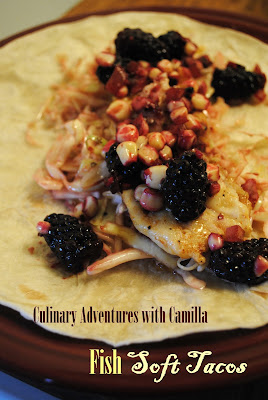 When we were on the way home from picking olallieberries, the conversation turned to answering this question: what should we do with all these berries? I love my boys' flavor-combining prowess!

And one of Dylan's suggestions sounded like a winner - fish tacos with olallieberry salsa; Jake suggested adding a slaw to it. Sounded awesome to me! 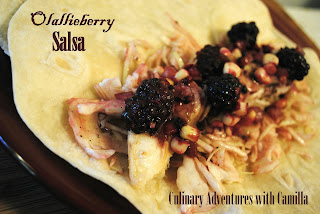 Mix everything together in a large mixing bowl. Let stand so that the flavors blend for, at least, 15-20 minutes.