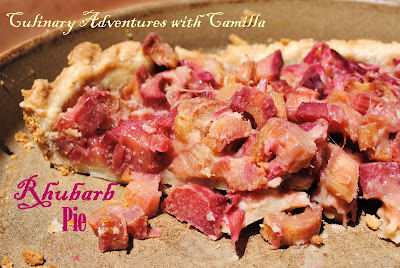 "What kind of dessert would you like for your birthday party, Riley?"

Baked Alaska, he declared, without hesitation.

"Let me rephrase - what kind of dessert would you like me to haul an hour away that can be assembled or served in a remote hiking location?" 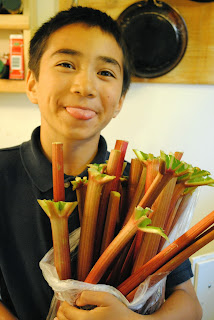 "I promise to make a Baked Alaska when we celebrate on your real birthday." We moved his celebration with his friends a week ahead because two of his best buddies couldn't make it on the actual birthday weekend.

Okay. Then I want pie.

My first choice is rhubarb. But, if you can't find any, strawberry pie is fine.

I hadn't seen rhubarb in any substantial quantities at the store. And, in fact, when I asked for it last week, the green grocer didn't give me a warm and fuzzy feeling about its arrival anytime soon: we get it occasionally, but most people don't know what it is. They think it's a red celery. So, we don't sell very much of it. What?!?

Bummer. Still, I had a feeling I should, at least, call the store before I launched into making plain ol' strawberry pies. They had some! So, I loaded Riley into the car and off we went. The Rhubarb Goddess smiled down and granted Riley-ball's birthday dessert wish. Phew. 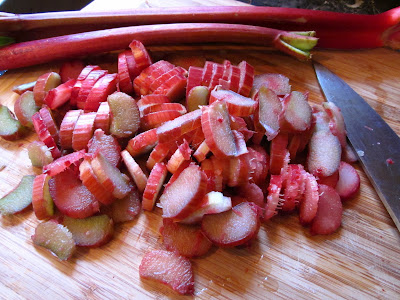 It doesn't take a lot of make rhubarb shine - just some sugar, some butter, and a flaky pie crust. "Don't forget, Mommy, the crust needs to be gluten-free for two of my friends," he cautioned. Right.

Place all of the ingredients in a large mixing bowl. Stir until the rhubarb is well-mixed and the completely coated in sugar 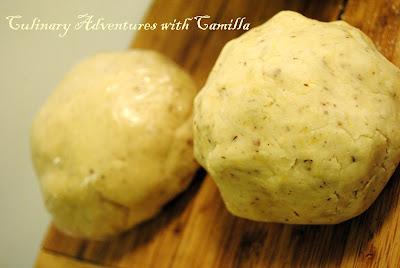 The Regular Crust = my Sweet Pâte Brisée [click for recipe]


Place the flour, ground almonds, powdered sugar, and cold butter in a large bowl. Use the pastry blender until the mixture resembles coarse meal, with pea size pieces of butter. Add the egg and 1 T of cold water. If you squeeze some of the crumbly dough and it holds together, it's ready. If the dough doesn't hold together, add a little more water and cut again. Since the recipes I referenced instructed that the crust be pressed into the pan, not rolled, I went with that. After pressing the crust into my pie pan, I pricked the base with a fork and placed the crust in the freezer to chill while I rolled the Pâte Brisée for the non-gluten-free pie.

To Assemble
Preheat the oven to 425 degrees. Fill the crusts with the filling, pressing down slightly. Bake for 15 minutes. Reduce the heat to 350 degrees and bake for an additional 45 minutes. 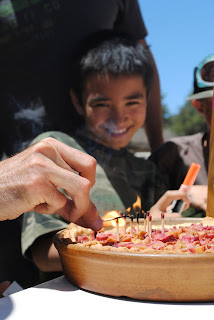 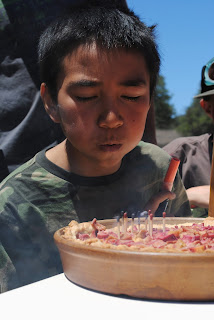