Birthday Feasting to Ring in Forty 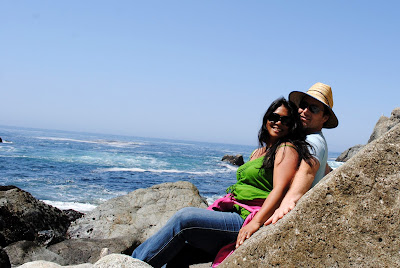 I've never been one for lavish presents on my birthday. But I do require good eats, good drinks, some adventure, and good friends. And, to ring in my 40th, I had lots of that. 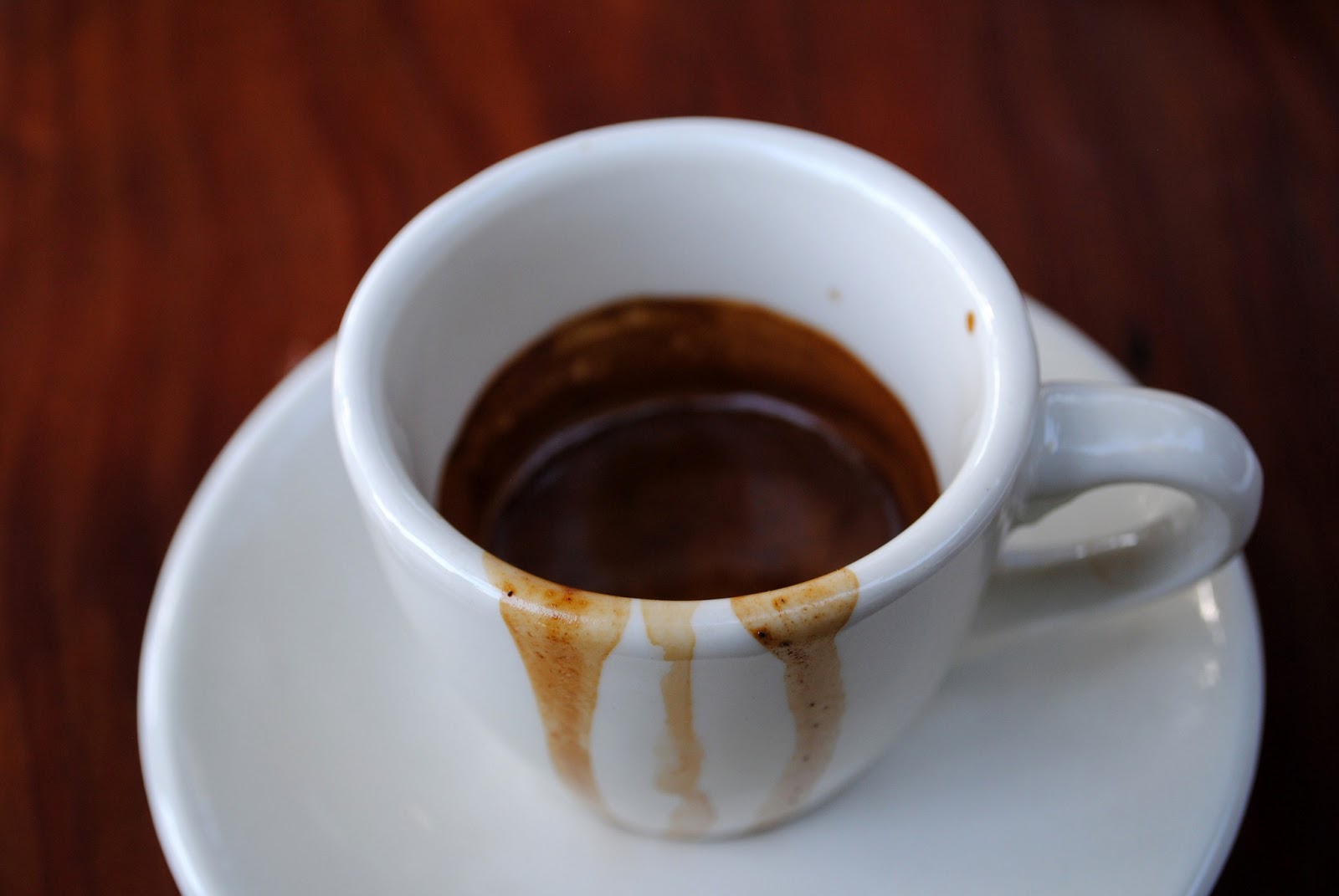 Jake and I dropped the boys off at school of Friday and high-tailed it down the coast first thing in the morning. We stopped for a quick breakfast at the Big Sur Bakery and Restaurant. I've read about that place for years, but it was never a convenient stop.

I had a ham and cheese quiche with a buttery, to-die-for crust and washed it down with some liquid gold, AKA potent espresso. Then we grabbed two ham and cheese croissants and a cinnamon bloom for later.

Here... we noshed on the croissants, perched on a rock above the Partington Creek. Delish. 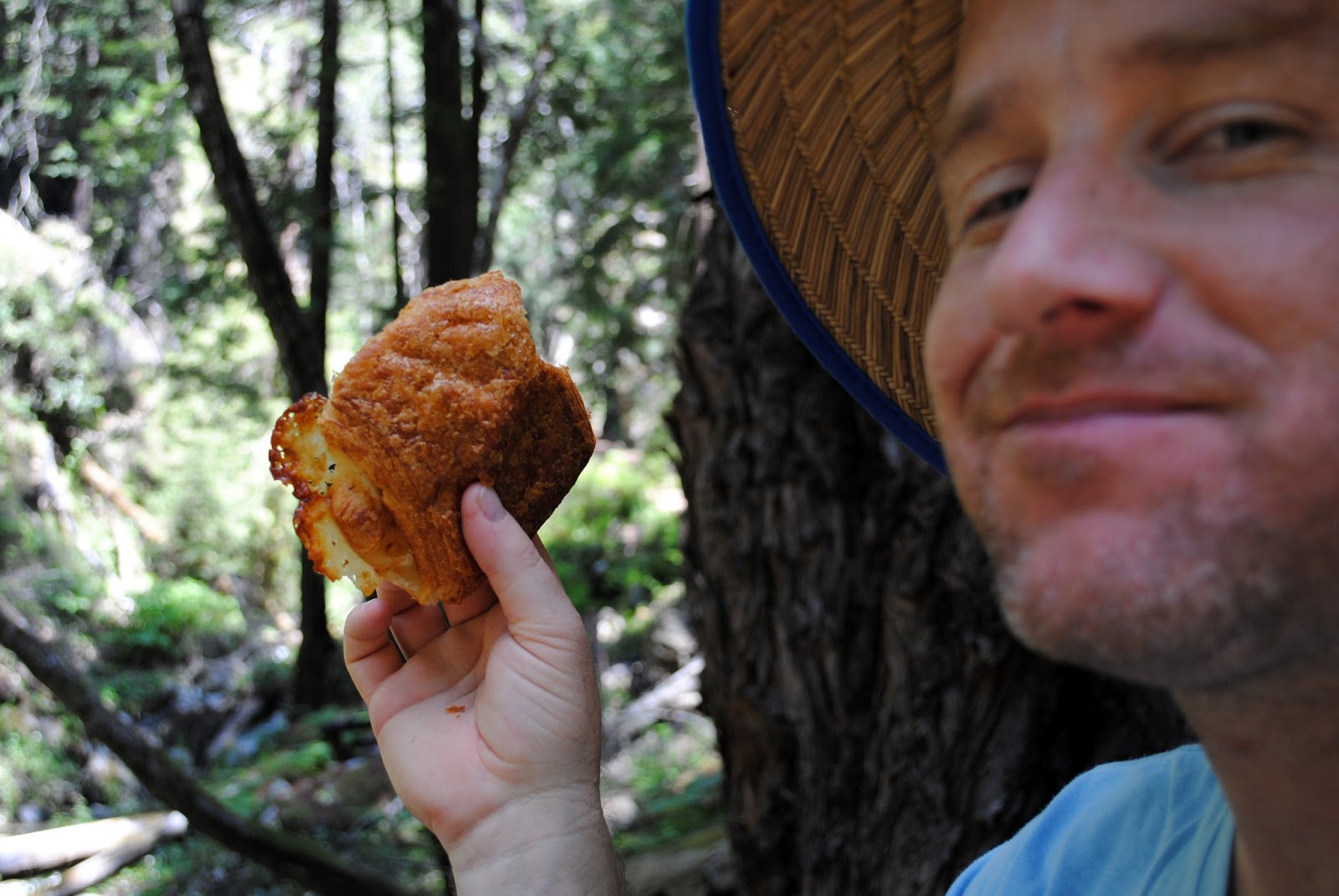 And on the way back up the coast, we paused at The Restaurant at Ventana for some drinks. I stuck with their organic lemonade. Jake tried the Big Sur Breeze - 12-year-old rum + grapefruit soda + fresh lime. 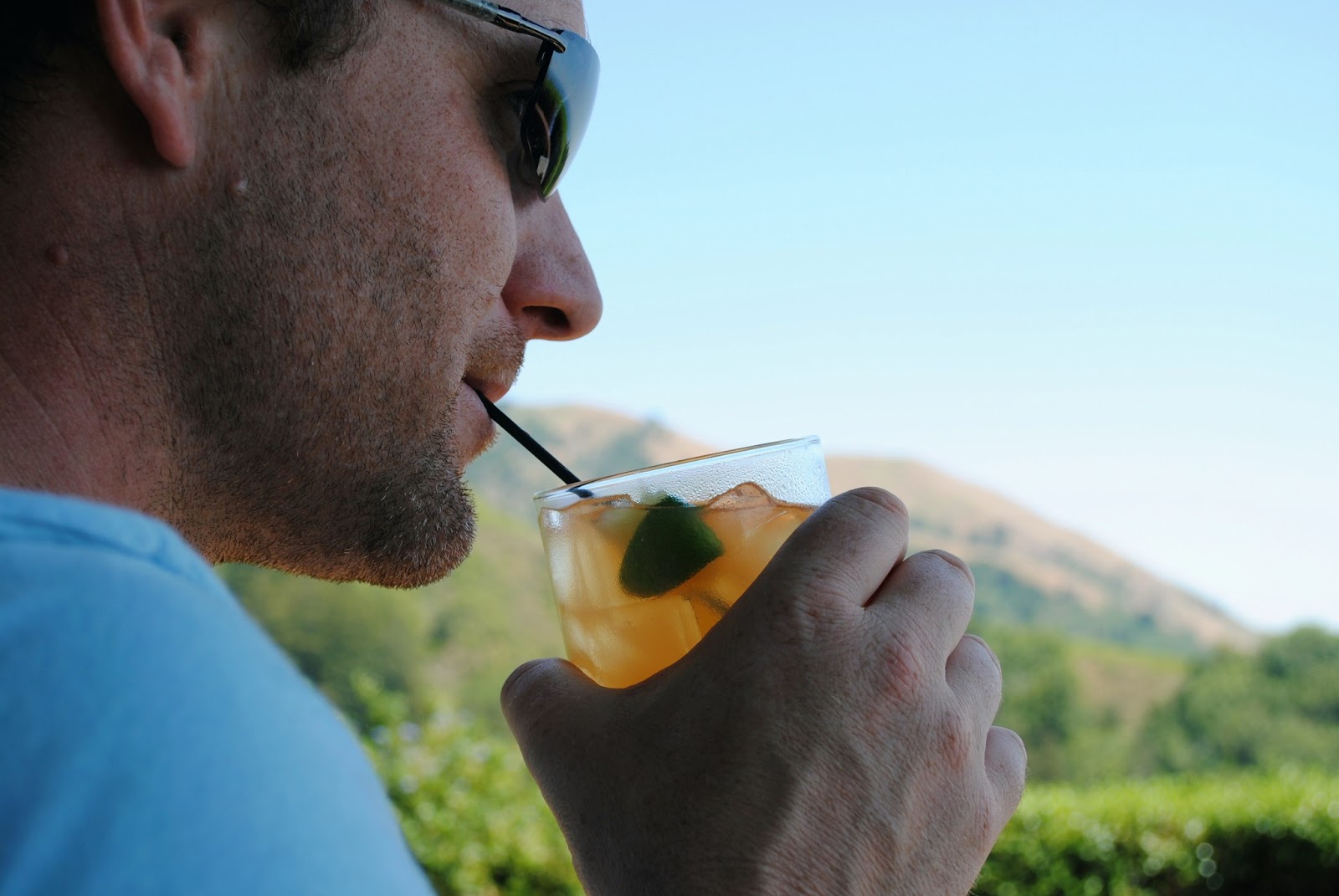 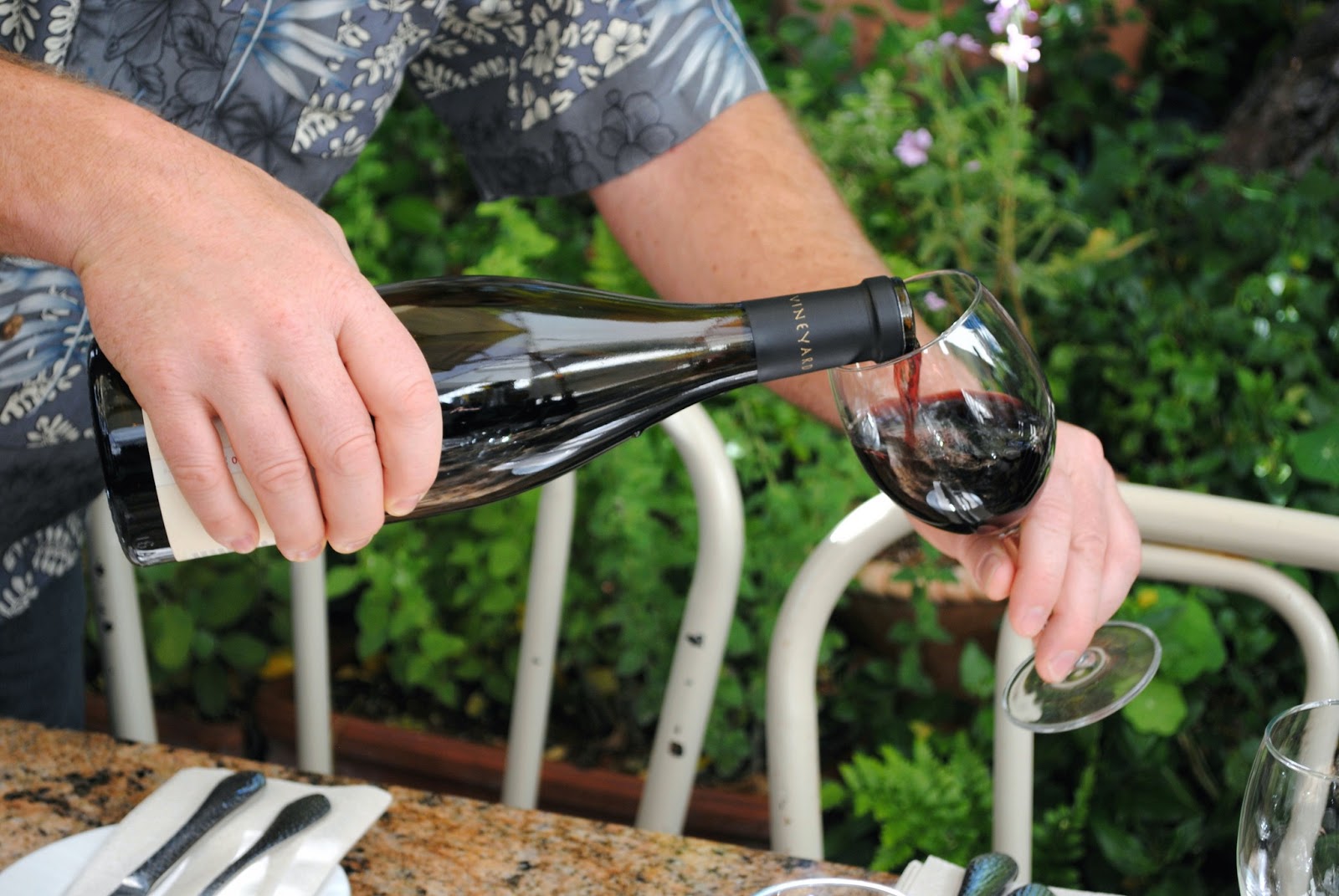 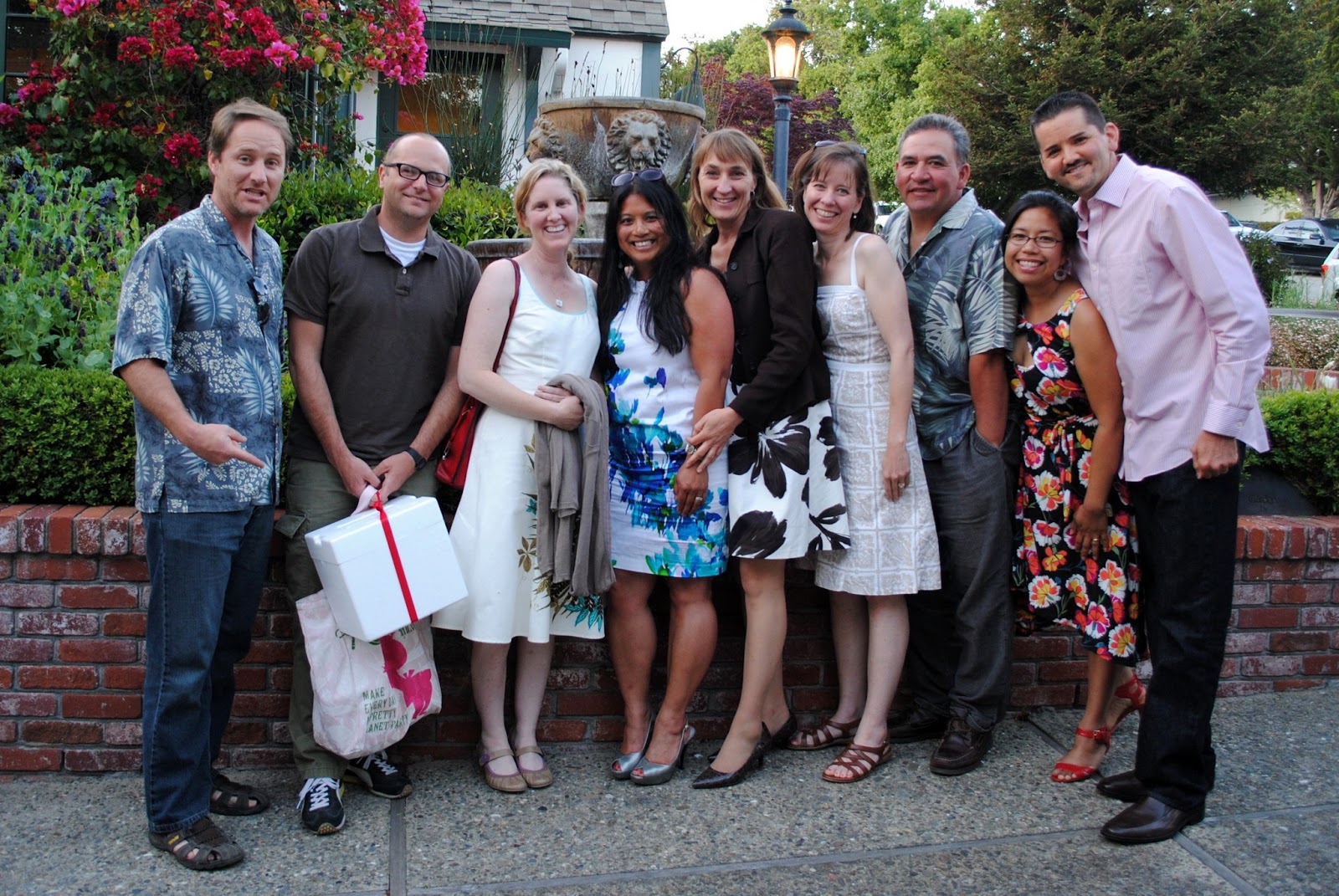 The meal I was most looking forward to was an intimate dinner party with a few of our closest friends beneath the redwood on the patio of La Balena Carmel. The benefit of knowing that everything they serve will be fantastic: I didn't have to worry about what to order. I just chatted with Emanuele when we arrived and told him that I just wanted a nice selection of dishes for nine people. The downside of leaving the menu up to serendipity: you don't always know what came to the table. This conversation happened more than once during the evening - What is this? No idea. It doesn't matter. It's delicious. Can you pass it down here?! 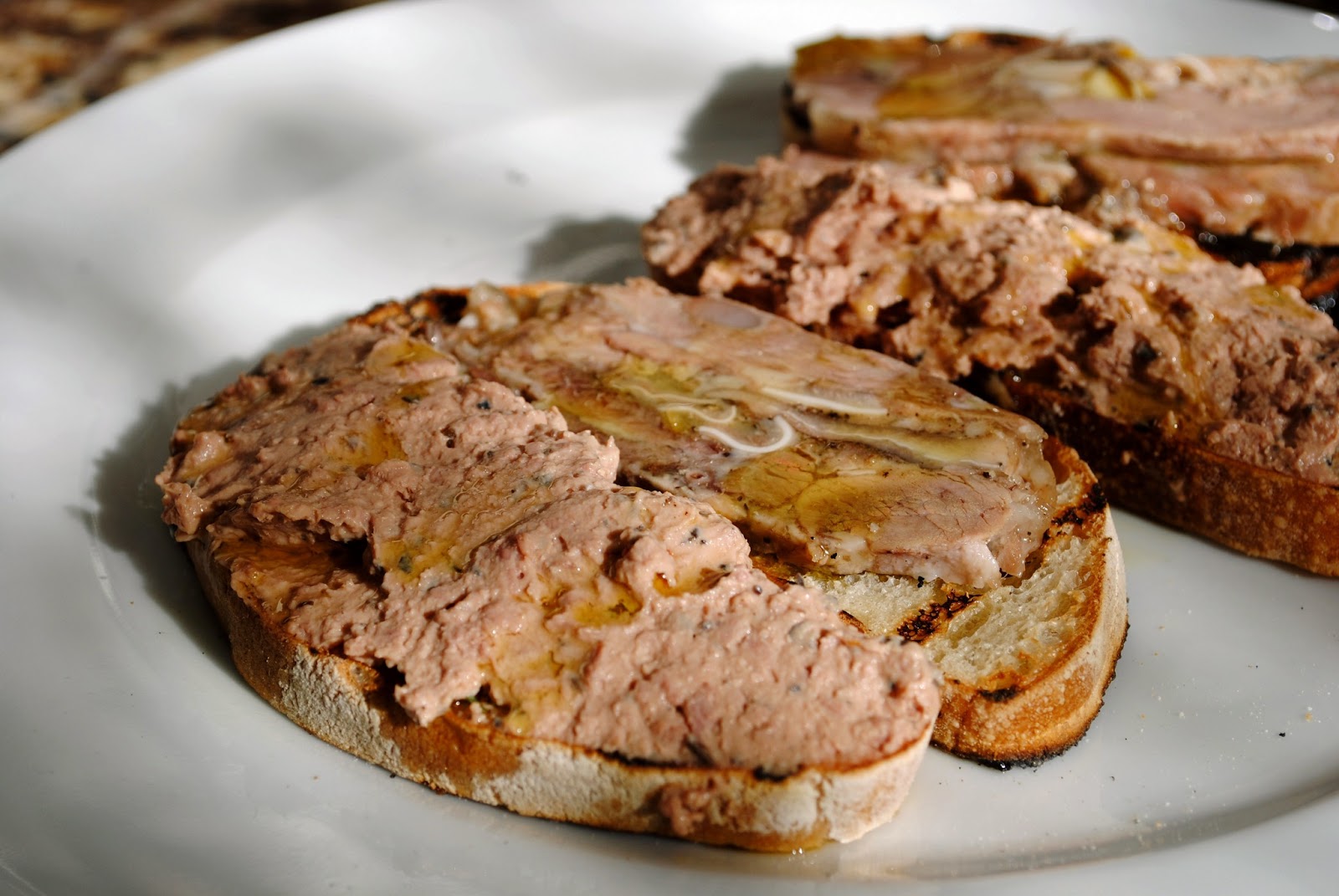 We had their fried cauliflower that was beyond amazing. A little sweet (currants, perhaps) and a little tangy (lemon or lime). We had polpettine made with a mixture of beef and lamb. Pâté made an appearance and was speedily devoured. Che squisito! We also had - but I had stopped taking photos by that time as we all shuffled plates around and fought over morsels - Pollo Fritto (fried arborio crusted half a chicken with chard & green garlic aioli) and Osso Buco (orange braised pork osso buco, fennel purée, kale & gremolata).  Then there were the dolci. Sweets. Glorious, delectable desserts. From the tart blood orange sorbet to the dense carrot cake with a dollop of barely sweetened cream...sugar bliss.

Grazie e baci a Emanuele e Anna! They made my birthday dinner unforgettable.

I have no idea why they plunked three coffee beans in their cordials of Sambuca. Does anyone know why? I'd love to know.

And the feasting didn't end on my actual birthday. I managed to stretch it out all weekend! When the boys went to celebrate May-the-Fourth at Jedi Night, Jake and I dashed over to Crema for some beer and tapas. this is another spot where it doesn't really matter what you order, everything is divine. 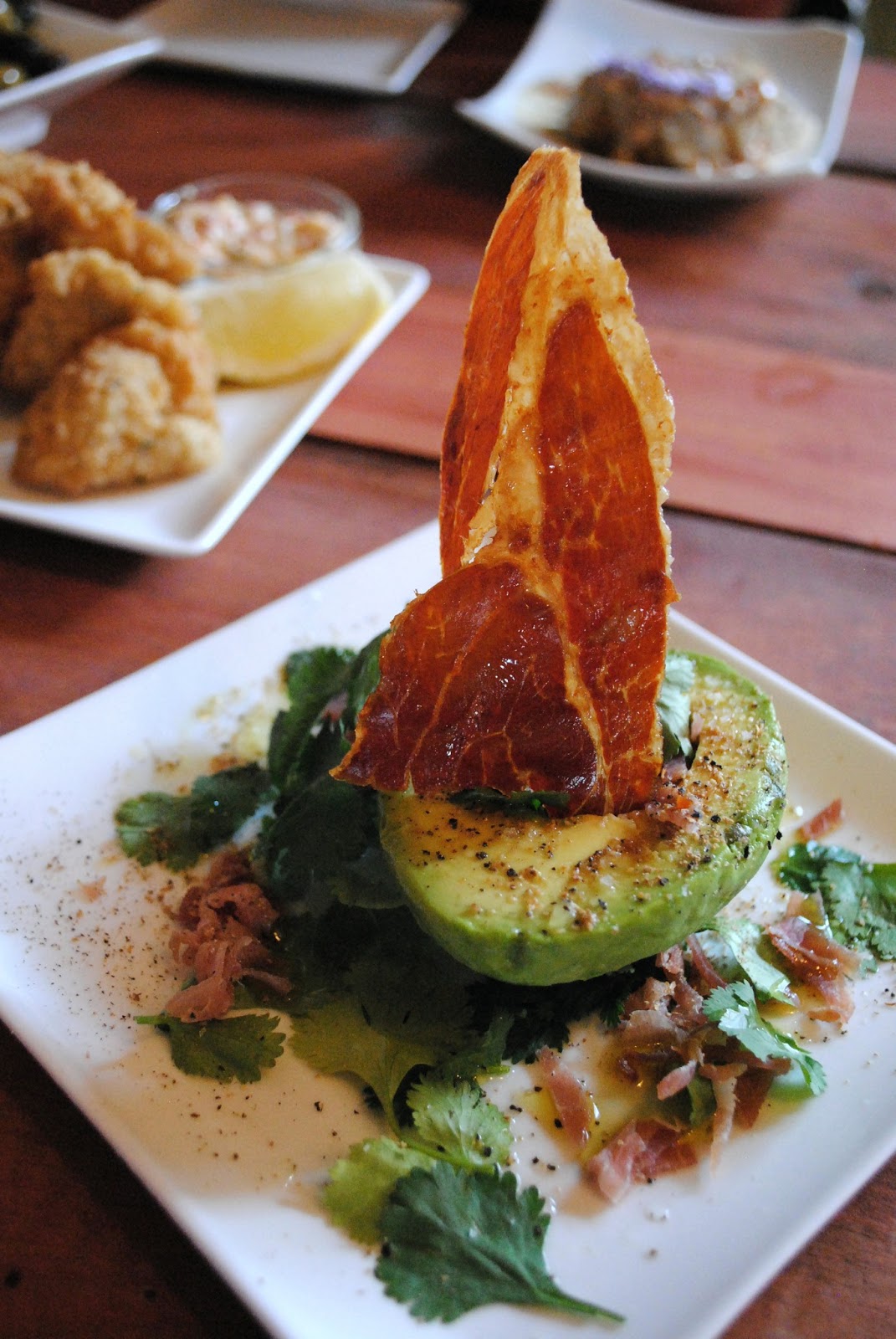 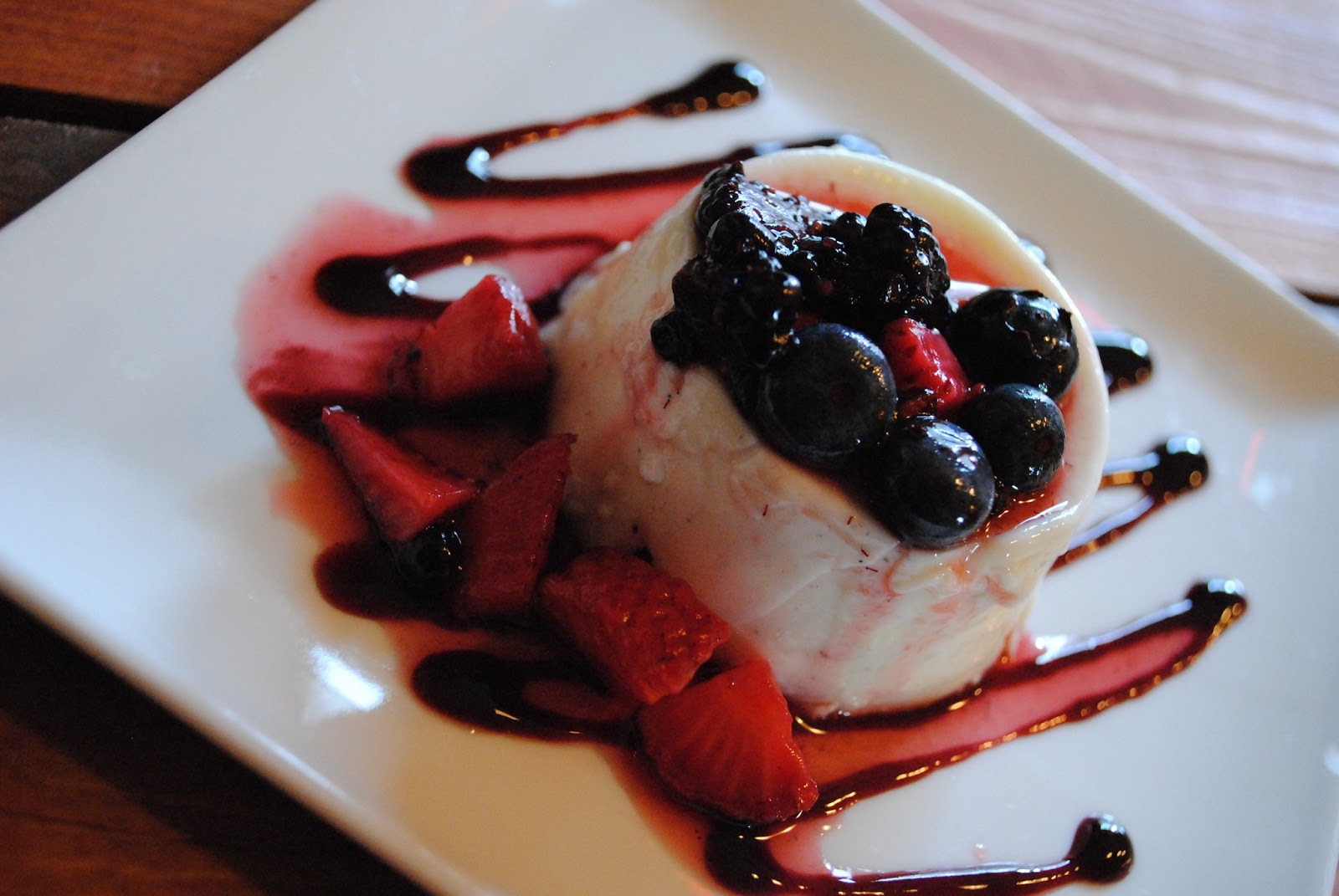 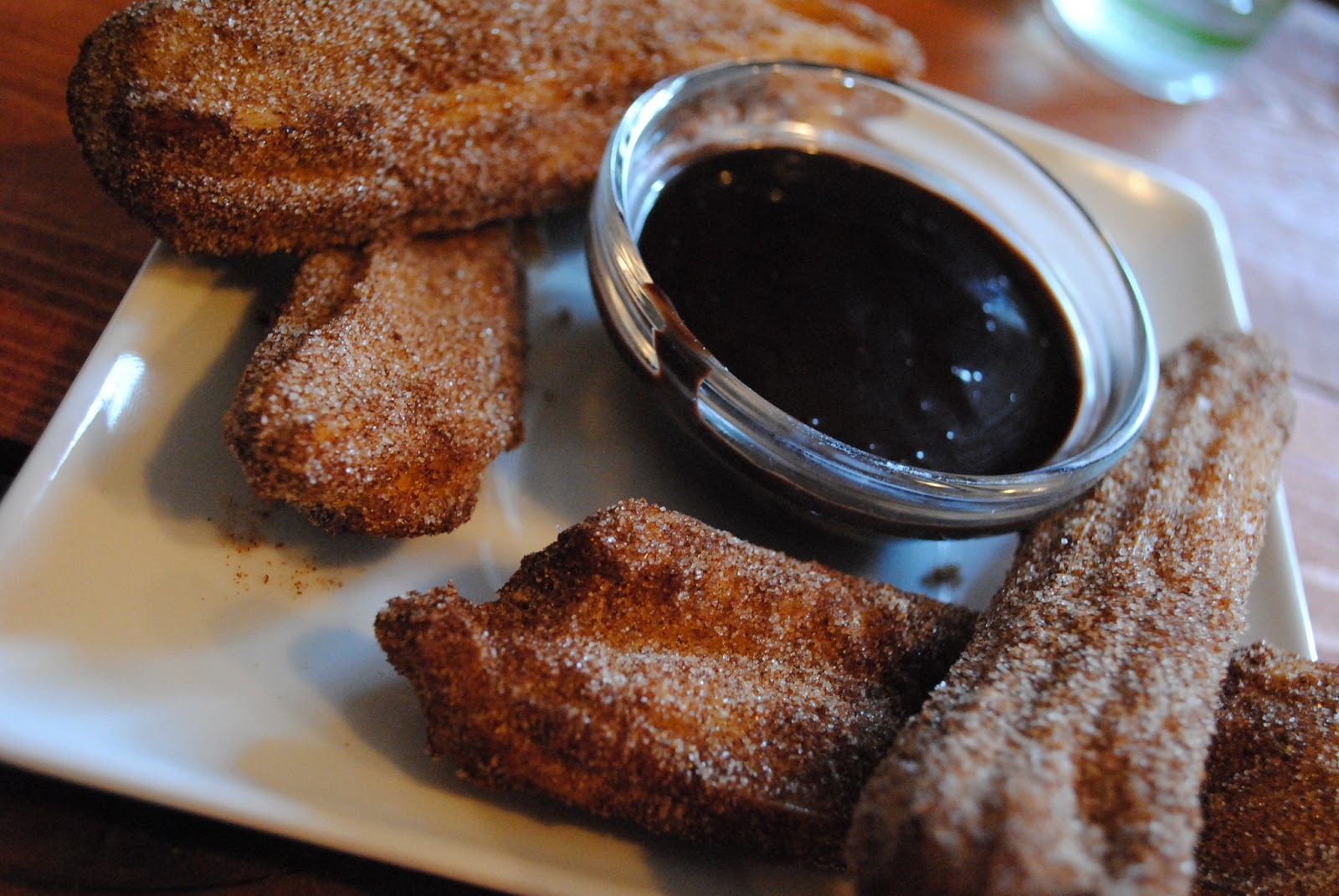 A few favorites from the evening: deep-fried chickpeas, risotto cakes with chive blossoms, buttermilk panna cotta with a cabernet reduction and fresh berries, and - Jake's favorite - fresh churros with a chocolate-chipotle sauce. Yes, it was all as fantastic as it sounds.

And since we hadn't actually celebrated with the boys at all, we had sushi at Ocean Sushi today. A family favorite... 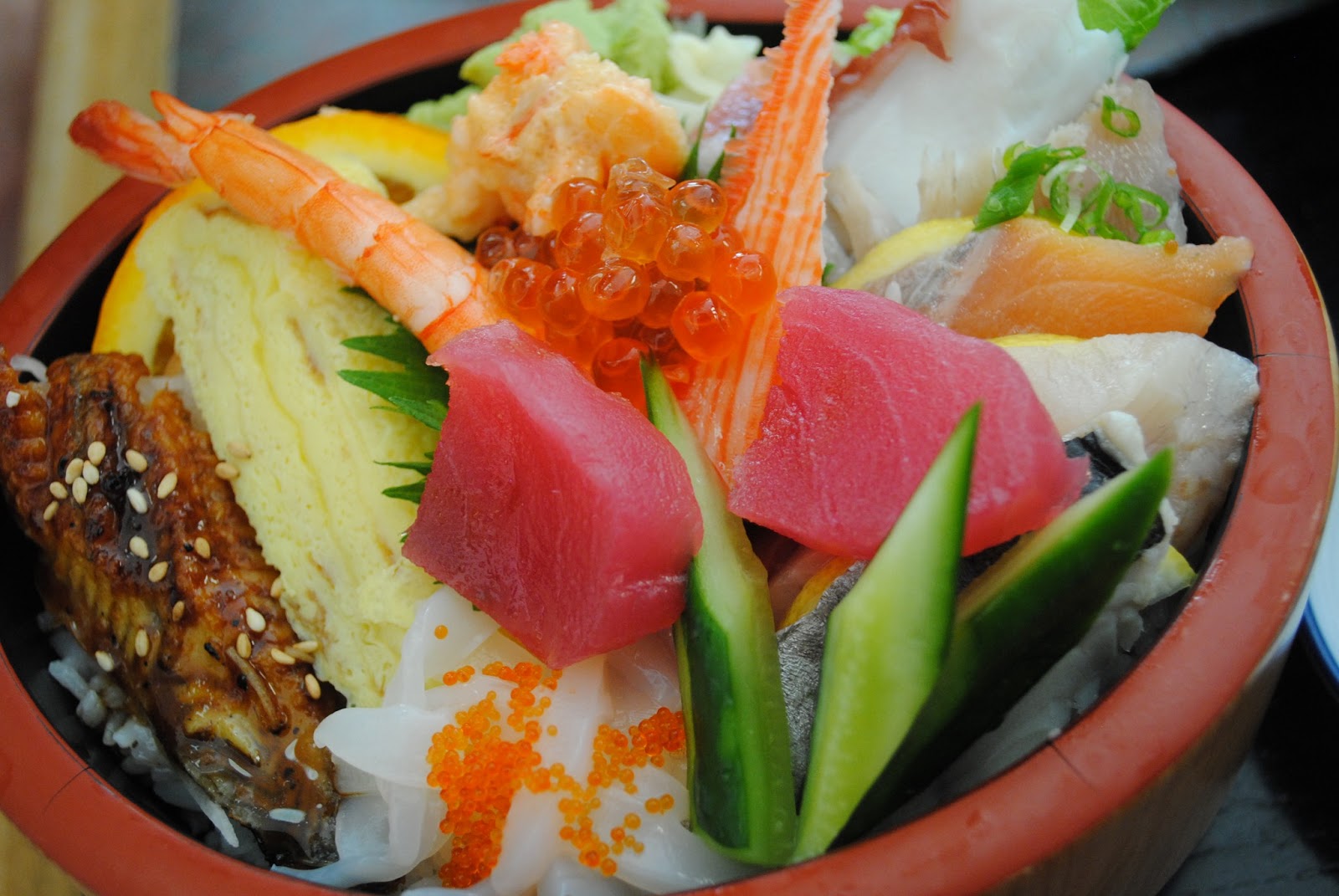 Happy birthday to me. Now I need to go run many, many miles to work off all this deliciousness. But it was so worth it!