Azerbijan: Cooking Around the World with Camilla (CATWWC)

Tonight we closed the chapter on the 'A's in our Cooking Around the World adventure when Riley whipped up a feast with foods from Azerbijan.

To place this country in your mind: it is the largest country in the Caucasus region, located at the crossroads of Western Asia and Eastern Europe. It is the Caspian Sea to the east, Russia to the north, Georgia to the northwest, Armenia to the west, and Iran to the south. 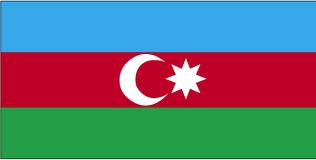 And one thing in almost all of the Azerbijani recipes I found: pomegranates. Pomegranate seeds. Pomegranate juice. Yum. My favorite! This dinner was a treat from start to finish. 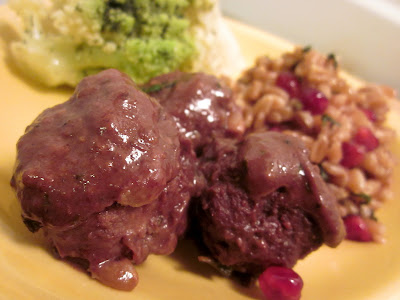 Inspired by a recipe for Nar Salati (Pomegranate Potato Salad), I made a barley-pomegranate pilaf. 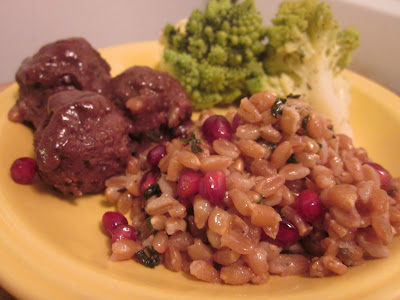 Our vegetable dish was another that was inspired by an Azerbijani recipe, Sarımsaqla Göy Lobya (Azerbijani Green beans with Garlic), but I wanted to use the head of alien-looking romanesco I had in the fridge instead of heading to the store for beans. 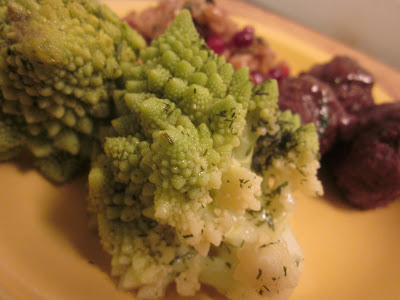 I have to say that of all the countries we've cooked so far, this was - by far - my favorite. Jake said it was a close second for him.

Enjoy our tabletop travels. Join me in whipping up a dish or two. If you do cook something from one of these countries, I'd love to hear about it. Feel free to comment on the posts themselves or email me at constantmotioncamilla at gmail dot com.

This Knight of the Global Table Adventure is signing out for now. We'll be kicking off the 'B's with the Bahamas. Yum. Time for more rum...