Austria: Cooking Around the World with Camilla (CATWWC) *PART II* 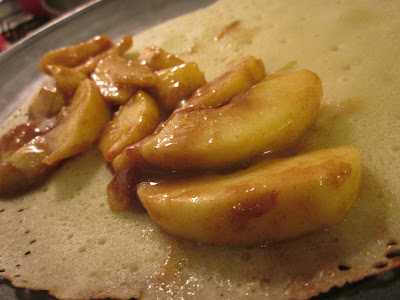 Though I had all intentions to make a dessert after our Austrian cooking-around-the-world dinner, it has been a long week and I was done. But I promised Dylan that we would make the dessert, so we made it for breakfast this morning. 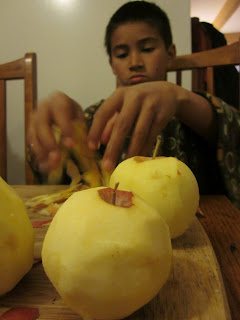 While the French have their crêpes, Austrians have their palatschinken. Same thing. And because I skipped out of making apple strudel, we filled our palatschinken with an apple filling.
Apple filling: sliced apples, organic brown sugar, and cinnamon. All cooked in pan with butter until the apples are softened and a caramel sauce has formed. 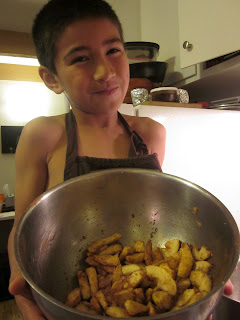 2 C milk
Whisk everything together to form a thin batter. Heat and butter a griddle or frying pan over medium heat. Pour the batter onto the pan. Tip and rotate pan to spread batter as thinly as possible. Brown on both sides and serve hot. This recipe makes between 8-10 crêpes.
Serve with a dusting of powdered sugar.
So, now I can say that Austria is offically wrapped. We're on to Azerbijan this evening for dinner.