Barbados: Cooking Around the World with Camilla (CATWWC)

Dylan was the chef-of-the-day for our Cooking Around the World adventure. He took us to Barbados tonight with soup and bread. I still haven't figured out why people from Barbados refer to themselves as 'Bajan', so if anyone can clue me in, I would appreciate it.

When looking for recipes for our dinner, I came across more than a few pumpkin recipes from Barbados. Apparently they have two main kinds of pumpkins. The 'garden pumpkin' is more creamy and often used for pumpkin fritters; the 'belly pumpkin' is more fibrous and used as the base of soups. Not knowing what either of those pumpkins really look like, much less if we could even obtain them here, I used what I had and made a spicy "pumpkin" soup with the two carnival squash I had on the counter from our High Ground Organics CSA box. 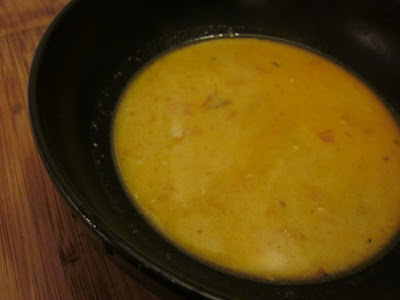 Spicy Pumpkin Soup
Dylan flexed his culinary muscles when spicing up this dish. The traditional recipe only called for red pepper, black pepper, allspice, and nutmeg. He skipped the chili peppers and added everything from fresh basil to sesame seeds. It was very tasty albeit highly untraditional! 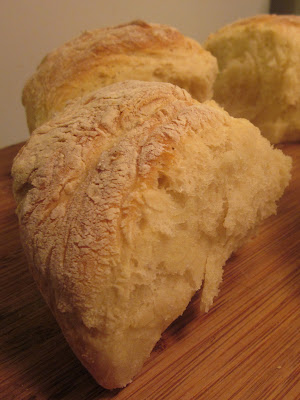 Saute garlic in the butter in a large soup pot. Add the pumpkin cubes, red peppers, and stock. Bring to a boil and cover. Simmer the soup for 20 minutes. Add the coconut milk and simmer for another 15 minutes. In batches, puree the soup in a blender until smooth. Return the soup to the pot, add the cream and seasonings, and simmer until heated. Garnish with more nutmeg and serve with Bajan Salt Bread.
Enjoy our tabletop travels. Join me in whipping up a dish or two. If you do cook something from one of these countries, I'd love to hear about it. Feel free to comment on the posts themselves or email me at constantmotioncamilla at gmail dot com.

This Knight of the Global Table Adventure is signing out for now. We're off to Belarus next.