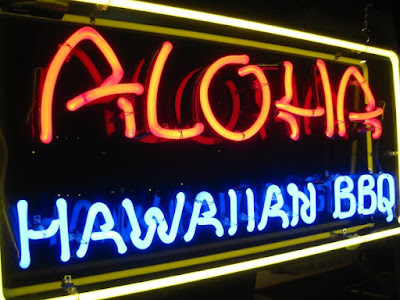 This month, I hosted the Food'N'Flix group, asking them to watch something that was either set in Hawaii or filmed in Hawaii. You can read my invitation - here - where I offered some suggestions. I also didn't limit the picks to movies. Television shows were fair game, too.

I know that as my household is entering our fifteenth week of being sheltered in place to try and flatten the curve of the coronavirus, and after our family vacation to the Big Island was canceled, I definitely needed a vacation. Even if it were only a virtual escape.

This month, because of the flexible theme, we had inspiration from a short, from an animated film, from a rom-com, from an action movie, and even a television series. I'm grateful to the bloggers who joined in the party! Mahalo plenty! 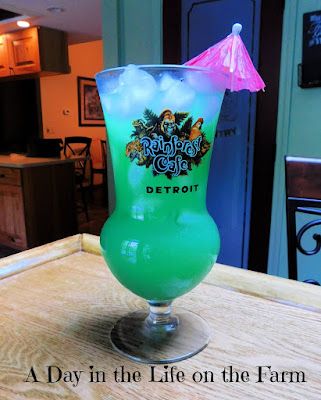 Wendy of A Day in the Life on the Farm whipped up Blue Hawaii Cocktails inspired by watching Pearl Harbor. "I decided on the 2001 film Pearl Harbor starring Ben Affleck, Cuba Gooding Jr, Kate Beckinsale and Alec Baldwin among others.  It is a fictional love story surrounded by the true life horrific attack on Pearl Harbor, December 7, 1941.

"Our daughter Nicole was in high school when this film came out and we watched it at least 10 times after she got the DVD as a gift.  Nicole left that film behind so it is still in our collection.  I put it back in after all these years and watched it with my foodie glasses on.  Except that there isn't any food or at least not much food.  What there is is lots of bar scenes and cocktails of every sort."

Cheers, Wendy. I know that will be a welcome libation around your pool and new deck.

Tina of Squirrel Head Manor joined in the fun, selecting Kong: Skull Island for her inspiration of Black Bean Gnocchi Soup & Monkey Bread. She admits, "I chose Kong: Skull Island.  Yeah, don't ask me why I thought that was a good idea.  Food references or scenes were basically non existent.   But it was partially filmed in Hawaii. The one food scene I noticed was a soldier eating a can of C-rations. It was either beans or beef stew.  Oh right, there was a scene with a hotdog and a beer later on."

And, then, "Here is a cheeky little nod to the star of the movie - monkey bread.  There was a scene with the helicopters flying deep into the jungle and suddenly a very irritated Kong arises and glares at the copters.  A soldier asked, "Is that a big monkey?!"  So....monkey bread.

Despite the film not being full of food references or scenes, I think her creations look delicious. I wish she could drop that monkey bread in the mail to me! 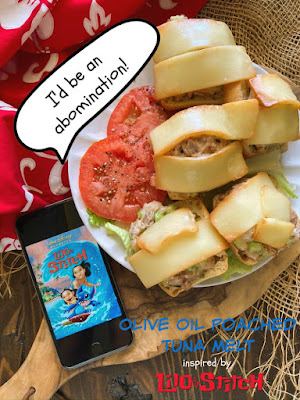 Heather, our group's founder and blogger at All Roads Lead to the Kitchen, shared Abomination Tuna Sandwich inspired by Lilo & Stitch. She writes, "This was my first time to watch with an eye towards food, and there's actually quite a bit of inspiration throughout. But I kind of knew going in that I'd go with one of the most memorable food dialogue moments; one that happens right in the beginning of the film. We see Lilo swimming under the ocean, giving a fish a sandwich, which causes her to be late to hula class (again)."

When my boys were little, we watched this movie ad nauseum...but I still love it and that is one of my favorite scenes, too. Thanks for joining in the fun, Heather, and for reminding me to dig out that DVD before the month is up. I still have a day. 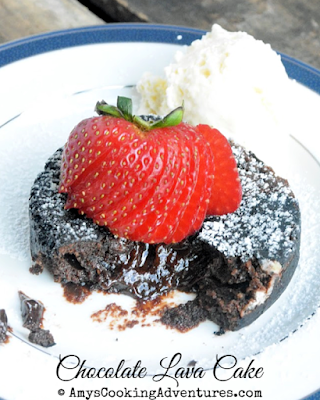 Amy of Amy's Cooking Adventures joined in with Chocolate Lava Cake inspired by the Disney Pixar short: Lava. I have never heard of it, but I'll definitely be looking that one up soon. Detailing her inspiration, Amy shares, "All of the Pixar shorts are fabulous, but Lava is my favorite. Anyway, the problem is, there is no food to speak of in Lava. None. Zilch. It’s a love story about volcanoes. And so we arrive at lava cake!"

I'm glad she shared this re-do, eight years in the making, because I have never made lava cake, but I know three people who will be so excited when I do. 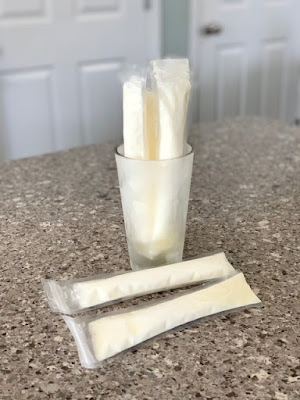 Terri of Our Good Life shared Pineapple Whip Frozen Pops that she made after viewing Just Go With it. I have never heard of this movie, but after reading her synopsis, I think I'll give it a go. About her creation, Terri writes, "There are a number of food scenes but what I kept thinking back on was a pineapple whip (not like Disney World's) that I had when I was in Hawaii years ago.  It was a creamy pineapple frozen concoction that I tried to make. This is my latest version.  I made it into freezer pops for a quick grab and go treat!"

Dole whip is one of our favorites, too. Thanks for the recipe...I've never made it myself, but I definitely will now. 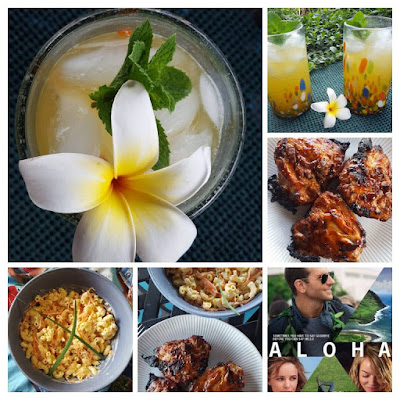 Debra of Eliot's Eats shared Macaroni Salad, Huli-Huli Chicken, and Hawaiian Lemonade that she made after seeing Aloha. She posts, "I had never heard of Aloha and since I have been binging on Alias (another J.J. Abrams fave) and Bradley Cooper plays a prominent role in seasons 1 and 2, I decided to rent this 2015 film.   Besides, Aloha  also stars Emma Stone, Rachel McAdams, Bill Murray and Alec Baldwin.  That’s a pretty good list of actors.  Added bonus—Cameron Crowe wrote and directed the film.  (I love Almost Famous.)" This was on my list of movies to try, too, for almost those exact same reasons! Huge J.J. Abrams fans in my household. Huge.

But, after Debra's review, I think I'll avoid Aloha...but I will made some of these recipes she shared. Despite not really liking the film, Debra came up with a fantastic outdoor patio meal. "I decided to grill up some Huli-Huli chicken and serve it with some macaroni salad and a Hawaiian lemonade.  (I tried to find a recipe for Kamehameha lemonade which was specifically ordered in the movie but came up short.)"

Mahlo for joining in the fun, Debra. I wish I were there to partake in your Hawaiian-inspired dinner. 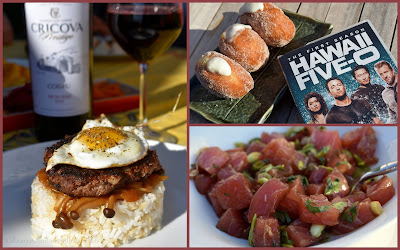 And I ended up blazing through three and a half seasons of the Hawaii Five-O reboot. Well, we just wrapped up the third season and will be making our way through the rest - just not necessarily with our foodie goggles on. It's been a nice way to visit Hawaii. As they go around the island, we are always talking about our experiences in those same spots. Season One had us noshing on Haupia-Filled Malasadas; Season Two put Loco Moco on our table; and after Season Three I served up some Shoyu Ahi Poke. And though June ends tomorrow, I'm pretty sure R has our Season Four dish planned for tonight: Shrimp Dogs à la Kamekona. More on that soon.

Well, folks, that's a wrap on June's edition of Food'N'Flix. Next month Kimberly of Coffee and Casseroles is hosting the group as we watch Coyote Ugly. I'll be honest: I am completely unfamiliar with that film. Can't wait to see what she has in store for us. Stay tuned...