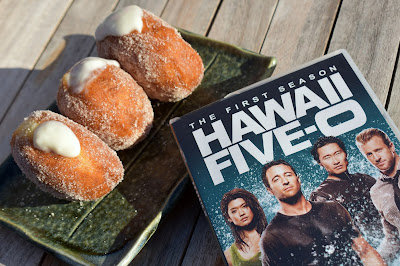 I am hosting this month's Food'N'Flix and asked the bloggers to take a virtual trip to Hawaii. You can read my invitation: here. That means we've been watching lots and lots of shows that feature Hawaii. I wasn't a huge fan of the original Hawaii Five-O, but I adore the reboot! We streamed it on Netflix the first time we watched it, but just found that it is no longer there, so I ordered the DVDs from Amazon and we just started with the first disc this week. 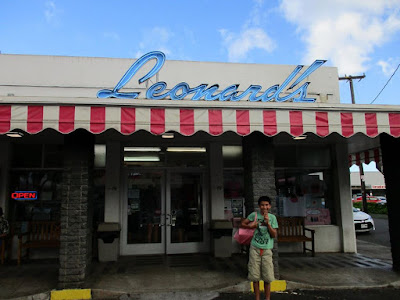 I really love how the writers of the new Hawaii Five-O* tend to drop in references to island-specific treats. We're only four episodes into the first season, but I already headed into the kitchen to whip up my version of malasadas. In episode two - Ohana ("Family") - Danny, nicknamed Danno, drops by McGarrett's house in the morning.

McGarrett: What's in the bag?

Danny: Those doughnut-looking things they sell around the block.
McGarrett: Malasadas?
Danny: Yeah, whatever. They're fried and they taste good. You want one?
McGarrett: No. Not without bypass surgery. 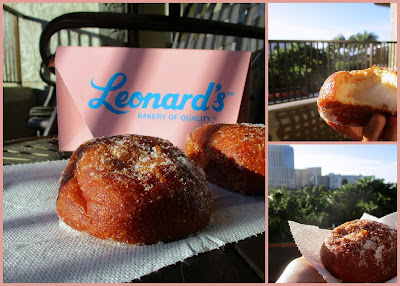 While the show didn't actually call out Leonard's Bakery, it's pretty much synonymous with malasadas on Oahu. The photos above are from the boys' Leonard's adventures in October 2017 when they stayed in Waikiki for Fall Break with my parents.

I started with the recipe posted on Saveur: Leonard's Bakery Hawaii Malasadas, made some slight adaptations, and filled them with a coconut cream pudding. Butter and half & half give these Portuguese-style donuts their characteristic rich, luscious texture. And the coconut pudding just takes it over the top with island flair.

Thankfully my Enthusiastic Kitchen Elf was game to help me this weekend. You will want to do the coconut pudding ahead of time as it needs to cool for at least 2 hours before using. 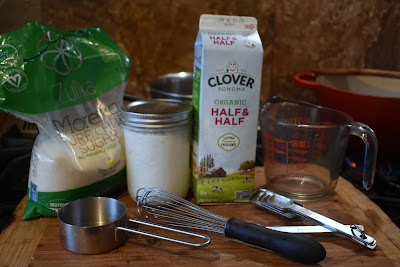 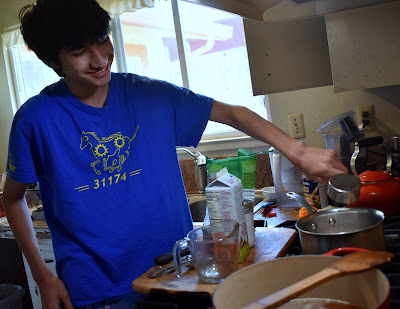 Beat in eggs, one at a time. Add in yeast mixture, 1⁄2 cup sugar, butter, half & half, and salt. Beat until the dough begins to come together. Then, knead the dough until it is smooth and elastic. 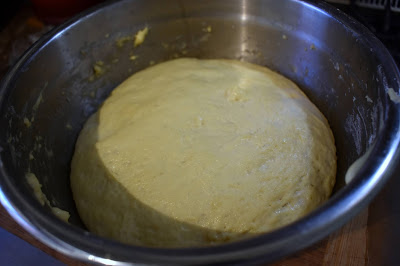 Transfer to a lightly greased bowl and cover loosely with a kitchen towel. Set in a warm place until doubled in size, aproximately 1 1⁄2 hours. 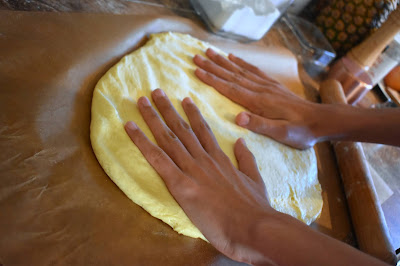 Once the dough has risen, flatten or roll it until it's about 1⁄2″ thick. 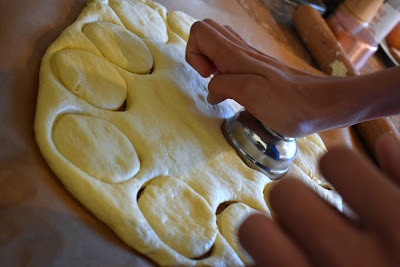 Using a round cutter (we used the top of a cocktail shaker!), cut dough into 2" rounds. Reroll scraps until all the dough is used. Place on greased parchment paper-lined baking sheets, at least 2″ apart. Set aside in a warm place until doubled in size, approximately 1 hour. 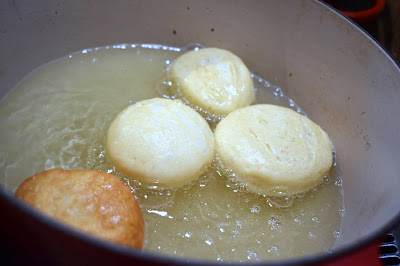 Place remaining sugar in a large bowl and set aside. Heat 2″ canola oil in a pot until a deep-fry thermometer reads 350°F. Working in batches, place donuts in hot oil. Cook, flipping once until puffed and golden, approximately 2 to 3 minutes total. 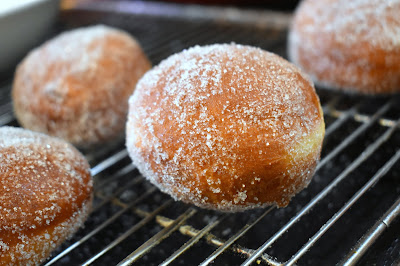 Transfer to a baking sheet with a wire rack. Let cool for 1 to 2 minutes, then toss with sugar. Let cool completely. 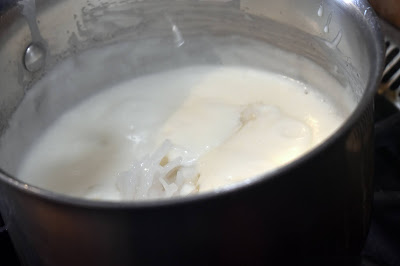 Haupia (Coconut Pudding)
Combine coconut cream, 1/2 cup of half & half, and sugar in a saucepan and bring to a light boil. Whisk the rice flour and remaining 1/2 cup of half & half together in a bowl to make a slurry and add to the pan. Whisk until the mixture returns to a light boil and thickens. Stir in the coconut strands, if using. Remove from the heat and cool to room temperature. Then transfer to the refrigerator and let chill for at least 2 hours before using. 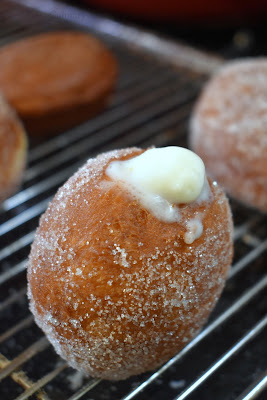 Assembly
Donuts will already be coated sugar, so handle carefully. Using the tip of a paring knife, slice a 1⁄2" slit on the end of a malasada. Slide a chopstick into the hole and carefully move side to side to create a pocket for the filling.

Fill a pastry bag with the haupia.  Carefully insert the tip into the slit and gently squeeze pastry bag until doughnut feels just full. Repeat with remaining donuts. 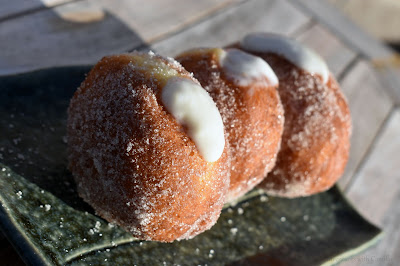 Serve and enjoy immediately as these donuts are best the day they are made. 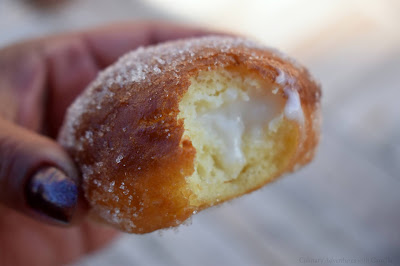 My trio is already scheming about the next batch of malasadas. They are thinking about chocolate and ube fillings. I am dreaming about the li hing topping!