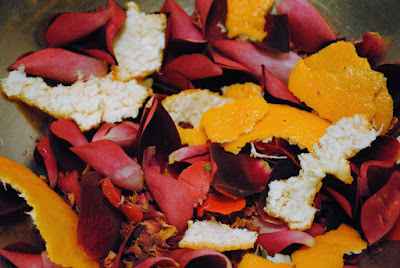 This month Heather, from All Roads Lead to the Kitchen and the founder of the Food'N'Flix, is hosting this month's edition of #FoodNFlix. Read her invitation: here.

She asked us to watch What's Cooking?* It seems an appropriate month for a Thanksgiving movie. And you have plenty of time to join in the fun, if you wish. Posts aren't due to Heather until November 29th.

On the Screen
This is a movie that I've never seen before and I can't imagine why. It's a food movie through and through!

Actually, Jake says we have seen it, but I don't remember it. So, maybe he watched it without me...though that's pretty unlikely. 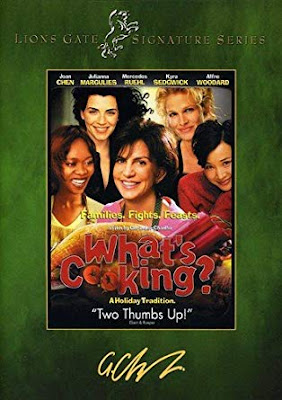 In any case, What's Cooking? celebrates Thanksgiving by following four American families through their holiday preparations and feasts. We have the Nguyens, a Vietnamese family; the Avilas, a Latino family; the Seeligs, a Jewish family; and the Williams, an African-American family.

I love how they illustrate the differences by looking at the similarities. An example: one series of images show all of the families making mashed potatoes. Trinh Nguyen mashes the cooked potatoes with her bare hands. Lizzy Avila beats the potatoes with a wooden spoon. Audrey Williams whirls the potatoes in a food processor while the Seeligs use a dedicated potato masher, I think. I actually didn't jot that tool down.

So, you have the traditional Thanksgiving fare - think turkey, mashed potatoes, stuffing, and cranberry sauce - with their own ethnic spins. You see Trinh rubbing half of the turkey with a Vietnamese chile paste and leaving the other half plain. Her daughter, Jenny, complains in disgust, "Why do you want to make the turkey taste like everything else we eat?" Her mom retorts, "Why do you want everything you eat to taste like MacDonald's?"

All four of the stories involve a generational conflict, with older family members clinging to tradition and younger ones resisting and rebelling. You have the Nguyens battling with their teenage daughter about being sexually active because they find a condom in her belongings. You have the Williams couple whose son, because he would rather be a political radical than a professional, has dropped out of college. The Seeligs' daughter Rachel is a lesbian and has brought her partner to the celebration. Other family members, unaware of her sexual orientation, pepper Rachel with questions about when she is going to find a nice Jewish man and settle down.

Despite there being four distinct story threads, they do become elegantly interwoven. Each of the stories stands on its own, but it's when you look at the parallels that a beautiful picture emerges. There are so many vivid characters, so many hearty conversations and exchanges, so many secrets revealed, and so many arms opened to embrace others. This is a lovely film about the melting pot that is America. And there is no more American a holiday than Thanksgiving. Well, maybe the Fourth of July. But Thanksgiving is my favorite holiday. 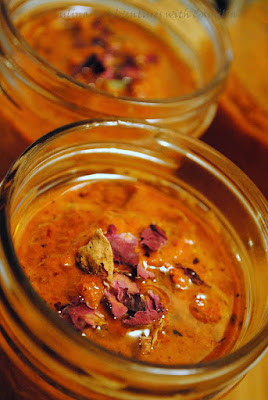 What's Cooking? is probably one of the most food-laden films we've watched in a long time for #FoodNFlix. My list of notes was lengthy. Then, I went through the list with the family to see if I missed anything. I did. In addition to their ethnic spins on traditional Thanksgiving food, we see tamales, flan, arroz con leche, pho, shrimp spring rolls, polenta, and more added to the families' feasts.

So, we brainstormed about memorable food moments in the movie. We had all chuckled when the Vietnamese grandmother opened up the canned cranberry sauce and looked at it quizzically. Years ago, when we watched Pieces of April for #FoodNFlix, I made a homemade version of Canned Cranberry Sauce. 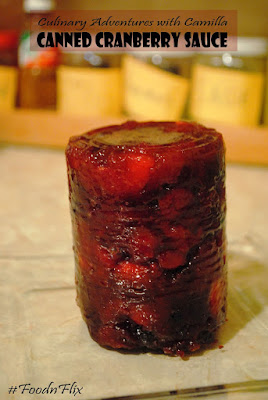 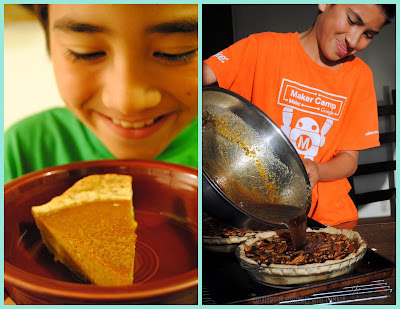 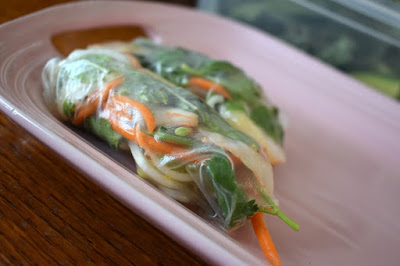 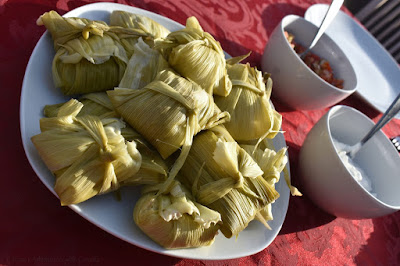 It was actually at the Williams' table that I found my inspiration for this post. Audrey's Shiitake stuffing might just make it onto my Thanksgiving table this year. But as she is pointing out the different dishes on her table, 'Moroccan Fruit Compote' stood out in my mind. I didn't actually see that dish as the cameras panned over her spread, but the words stuck. Moroccan. Fruit. Compote.

I searched for recipes, thinking it would be more of a fresh chutney with Moroccan spices. Maybe with pomegranate arils or other exotic ingredients. Nope. Everything I found used dried fruits and didn't seem terribly unusual or fun. Then I remembered that I've been meaning to make a harissa paste made with rose petals. Eureka! I knew it would be the perfect opportunity to make it, despite that not actually being in the movie. Oh, well...it was inspired by the movie. 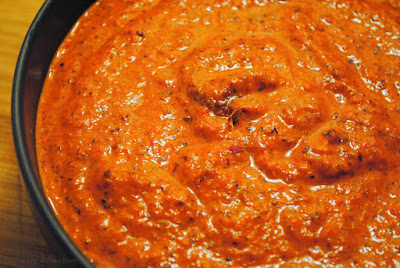 I put out a call to my mom and a few of my gardener friends, asking for fresh organic roses, though this completely the wrong season for it, I know. Most asked if I could wait till May. Ummmm...no, I need it for an event this month. Then my mom said "Well, I have a few." I'll take 'em! So, I drove over to my parents' house and I took every last bloom on her bushes. 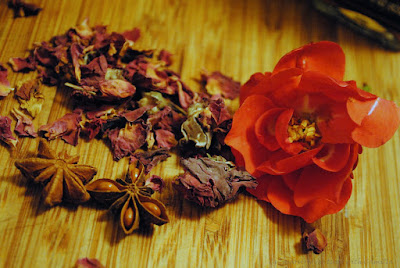 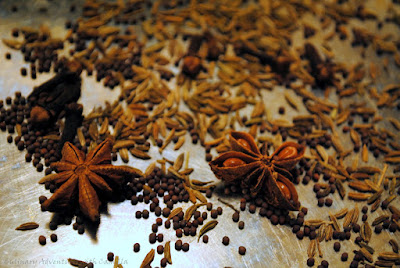 For Toasting
In a dry skillet, toast the above ingredients until they are aromatic and releasing their essential oils. Let cool, slightly, and grind in a spice or clean coffee grinder.

Harissa
In a blender, in two batches, blend all of the ingredients to form a smooth paste or sauce. Spoon the harissa into clean jars and top with a layer of olive oil. I garnished my jars with a few dried rose petals. Store in the refrigerator and use within a month.