By Camilla M. Mann November 21, 2019
This is a sponsored post written by me in conjunction with a virtual wine tasting event hosted by
Snooth for Sweet Bordeaux. Wine samples were provided for this post and this page may contain affiliate links. 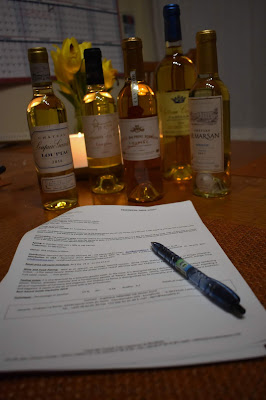 In October I took part in a "Golden Bordeaux" tasting with event sponsor Snooth.* Here's a link to the video. One of the things I love about these virtual tastings is constantly challenging my palate and learning new ways to pair wines with foods. But it is a struggle to taste, nibble, pay attention to the conversation, and type at the same time.

Last year - for a similar collection -  we were sent a selection of wines along with a snack pack of savory snacks. The illustration there was that Golden Bordeaux paired nicely with savories, especially the combination of salt and spice. I remember noting that the 2015 Chateau Filhot paired nicely with the Sriracha cashews because of its refreshing acidity and spicy notes from aging in French oak.

This year, the snack pack was meant to showcase these wines as 'natural cocktails'. By that I mean you get all of the complex sweetness of a mixed drink by simply uncorking and pouring these wines. No shakers and strainers required! We were sent dried citrus, dried pineapple, dried mango, and dried ginger to go along with the tasting. All are readily available at my local Trader Joe's so I plan to replicate these pairings very soon with some good friends.

But let's start with a definition because, if you are like me, the mention of 'Bordeaux' immediately conjures up an image of red wine. So, what is 'Golden Bordeaux'? It's a golden-hued wine from the region of Bordeaux, France that has a lot of versatility though it's been relegated to the dessert course in years past.

As we enter into the holiday season, you might have multiple parties in the coming weeks. I know I have several on my calendar. I suggest keeping some of these Golden Bordeaux bottles on the chill - at the ready - for handing to guests as an apertif when they arrive.

Again, no shaker or strainers needed...just a wine glass and a welcoming smile. How easy is that for holiday entertaining? 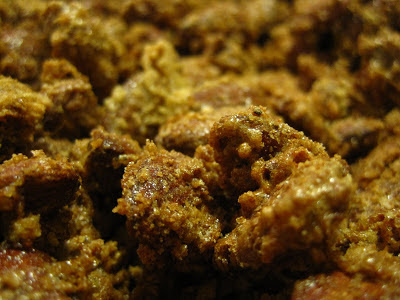 Speaking about holiday entertaining, I always have jars of these ready during the holidays to put on cheese boards or to just dump into bowls for nibbling while guests wait for dinner. They also make great hostess gifts with a nice crystal or wooden serving bowl. This version was inspired by the Golden Bordeaux tasting and the ginger and citrus notes evident in many of the wines. 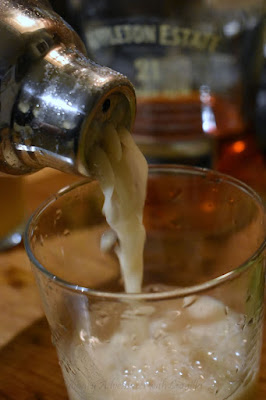 As I mentioned, these virtual tastings are fast and furious. Both the Château de Marsan Bordeaux Molleux 2017 and the Château Majoureau Côtes de Bordeaux Saint-Macaire 2018 - neither of which are currently imported - are a blend of 80% Sémillon, 20 % Sauvignon. Though the former has a slightly lighter hue, these two wines boast aromas of tropical fruit and heady flowers. Sipping these were reminiscent of a piña colada - except less on the coconut side and more on the pineapple. 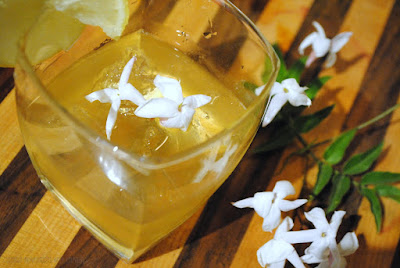 The Château de Marsan Premieres Côtes de Bordeaux 2015 (suggested retail $40) is a blend of 80% Sémillon, 15% Sauvignon Blanc, and 5% Muscadelle from the district of Lestiac-sur-Garonne. With dominant notes of mandarin and jasmine, the fresh minerality keeps it from being too cloying. And with this wine on hand, I don't have to wait till jasmine season and pull out all my cocktail tools to enjoy a fresh floral libation.

Last year, we paired the Chateau Loupiac-Gaudiet, of a different vintage, with various spicy snacks, but I liked it best with the Olli Calabrese Spicy Salami. 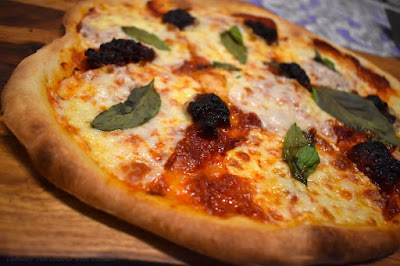 I did pair it later with 'nduja pizza. If you're unfamiliar, 'nduja is a spicy, smoky, funky spreadable prosciutto. I like to pinch off pieces and add them to pizza like a sausage topping. 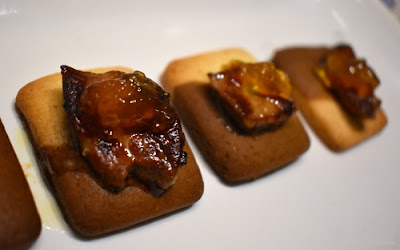 This year, I nibbled the candied ginger as we sipped the Chateau Loupiac-Gaudiet 2016 (suggested retail $17) and think it would go nicely with Foie Gras and Pain d'Épices. But just think of it as any cocktail made with Domaine de Canton, a ginger liqueur. 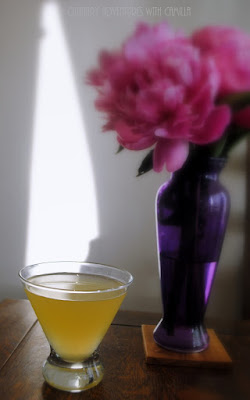 And, on the subject of ginger notes, the Château la Rame Sainte Croix du Mont 2016 (suggested retail $30) was probably my favorite of the set followed closely by the Chateau du Cros Loupiac 2016 (suggested retail $21). The former is a blend of 95% Sémillon, 5% Sauvignon and struck me as more vivacious and fresh than some of the others. The latter is made up of 90% Sémillon, 5% Sauvignon Gris, 5% Sauvignon Blanc and seemed very citrus driven. One of my favorite cocktails to make at home - a Thai-tini - involves a homemade turmeric-ginger syrup. Either one of these wines is a worthy substitute for that flavor profile without having to mix a cocktail!

The other wines that rounded out the Golden Bordeaux tasting were...

I will certainly be tasting, pairing, and posting about these throughout the holiday season. But this will suffice for now. I am in the 'huge fan' camp for these Golden Bordeaux. Though subtly unique, I think it's fair to characterize the lot of them as aromatically intense with a broad yet harmonious palette of flavors. They are both elegant and lively, sweet and fresh. That complexity lends to them being 'natural cocktails.'

So, this season, at times, I will be pouring these instead of trying to juggle shakers, muddlers, strainers, and the like while entertaining guests. Don't get me wrong: I love mixing fun libations. But in the holiday hustle and bustle, sometimes simplicity is nice. And these wines are great to have in my hostess arsenal. Cheers! 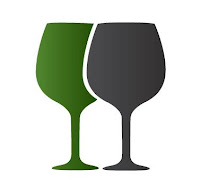