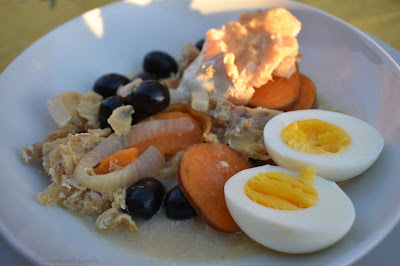 It's time for Fish Friday Foodies' November event. We are a group of seafood-loving bloggers, rallied by Wendy of A Day in the Life on the Farm, to share fish and seafood recipes on the third Friday of the month. And I am hosting this month's event.

I invited the group: "Weather is getting colder, let's inspire each other with soups and stews from around the world. Think Provençal Bouillabaisse, African Caldo de Peixe, Brazilian Moqueca, and more!" Here's what they made... 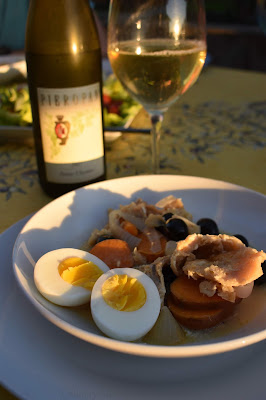 When I was debating on what to share, I knew we had just made Moqueca as a school project; I considered a version of Somlar Machu Ktiss (Cambodian Hot and Sour Coconut Soup); I couldn't track down fresh crab or I would have made Chilpachole de Jaiba; and Cullen Skink is a family favorite, but what made the decision for me: I had some salt cod in the fridge as I had just made Less than Traditional Pastéis de Bacalhau (Salt Cod Fritters) for our virtual #EattheWorld trip to Portugal. So, I decided to make Bacalhoada, a Portuguese Salt Cod Stew. 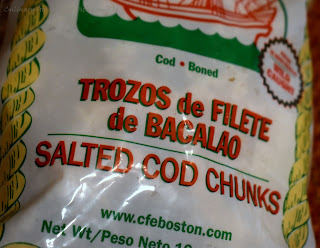 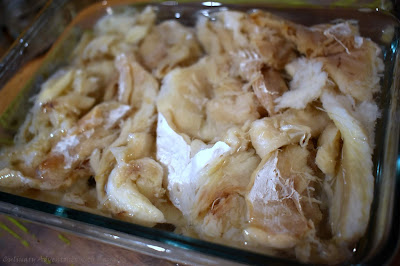 Because the cod is salt-cured, it needs to be soaked ahead of cooking. Soak salt cod in cold water and refrigerate it for 24 hours. Change the water at least two or three times during that day. 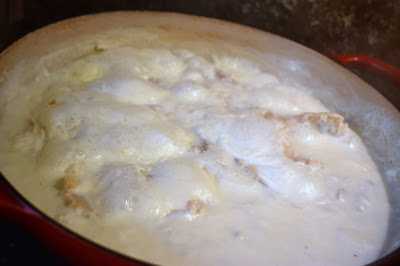 Put salt cod in a saucepan. Add enough milk, water, or a mixture of both to just cover the fish. Bring mixture to a simmer and let simmer for 3 to 4 minutes. Remove the fish and set aside. 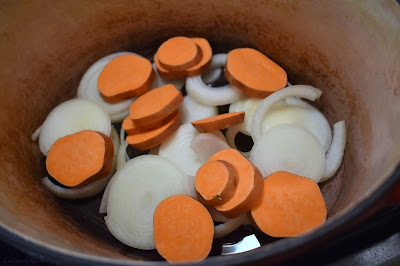 In a large casserole dish or pot (I used a Dutch oven), place a layer of sliced potatoes and onions. Break up the drained salt cod with your fingers and place them in a layer over the potatoes. Add in half of the olives. Drizzle with olive oil and repeat with another layer of potatoes, onions, cod, and olives.

Pour 1/2 C water over the top. Bring to a boil. Cover and reduce heat to a simmer. Simmer for 30 minutes or until the potatoes are fork tender. 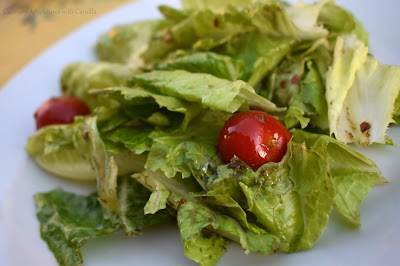 Garnish bowls with halved hardboiled eggs. Serve with sides of rice and salad. 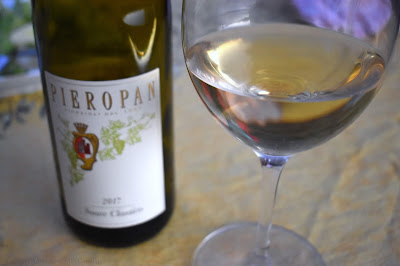 As a bonus, I am offering you a wine pairing today. I poured the 2017 Pieropan Soave Classico with the Bacalhoada. Before last year, I had never even heard of Soave. So, the first thing I realized as I was researching: Soave isn't a grape varietal; it's a geographical appellation - like Sangiovese is to Chianti. Made almost entirely, and sometimes completely, from the Garganega grape, Soave can contain up to a third Trebbiano di Soave. The Garganega vines date back to the Medieval times and is incredibly prolific. You'll also find it as the mainstay behind other appellations such as Gambellara, Bianco di Custoza, Colli Berici and Colli Euganei. Color me intrigued...I was more than a little excited to uncork this bottle as I've only tried one other Soave.


With a bright yellow pour, it has amazing aromas of both almond blossoms and marizan. On the palate, it was savory and fresh, with a zingy acidity and bright minerality. This was a fun pairing to go with the Portuguese soup.

Next month Karen of Karen's Kitchen Stories is hosting us as we prepare The Feast of the Seven Fishes, an Italian American Christmas Eve tradition. I've done this for decades. Very excited to see what the group presents!