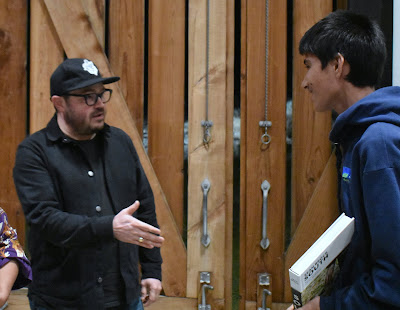 During the summer, I noticed that Bookshop Santa Cruz was hosting a conversation with Chef Sean Brock in conjunction with the release of his new cookbook, South: Essential Recipes and New Explorations.* I immediately ordered tickets as Brock is one of D's very favorite chefs. No matter that it was on a school night or that it's about an hour's drive each way. We were definitely going!

Ever since we watched season two of Mind of a Chef that featured Brock, D has looked to the first cookbook, Heritage, for southern inspiration. We have made versions of his Rabbit Stew with Dumplings more than a couple of times; we love to celebrate with his Lowcountry Seafood Boil; we tried our luck with savory Hand Pies; and I adapted his Chocolate Chess Pie for a bookclub post. I would say that we reach for that book more than any other on my shelf. Now that's saying something! 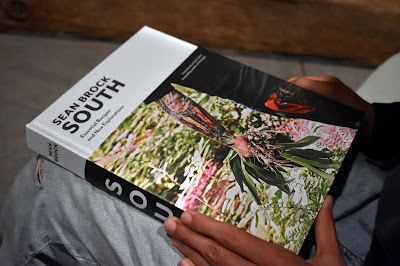 This new one, South, might give Heritage a run for the title of 'most inspiring' though. Time will tell. But we've already decided to create a tasting menu from South for D's 16th birthday lunch next month. 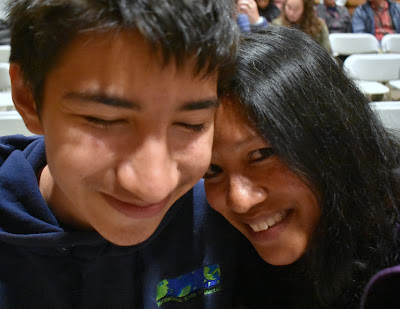 I enjoyed spending time with my Enthusiastic Kitchen Elf at the event. And we went for sushi before...and ice cream after. He's a pretty fun date. 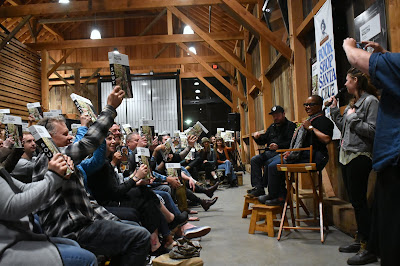 Brock defined cuisine as being comprised of people, place, and products. In the book he writes about the "combination of three important factors: the people cooking the food and the cultural experiences and history they bring to the table; the physical geography of the place where the food is cooked; and the plants and animals that grow there" (pg. 9).

And he pointed out the microregions of the South, showing us a map of the American South that is roughly the size of continental Europe. It makes sense that there are just as many variations in cuisine in the American South as there is in Europe!

He is articulate and passionate about food. And I found it refreshing that he was stepping back from the kitchen - in fact he hasn't cooked in about a year - to embrace projects that really showcase Southern foods and recipes. His new restaurant that will include a seed bank of sorts is named for his maternal grandmother, Audrey. Sweet. I am grateful that he is one of my kid's heroes...and not some of the vapid celebrities that other teens idolize. 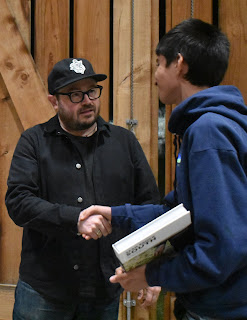 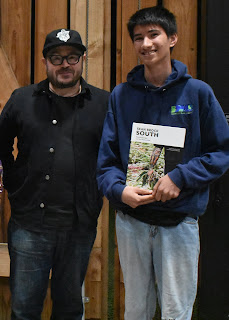 Thumbing through the book before the talk and since, D and I are excited about trying many of the dishes, including Deviled Crab, Sea Island Red Pea Spread with Cucumber-Tomato Salad, Ladies' Cabbage, Limpin' Susan, Hominy Miso, Ramp Sauerkraut, Grilled Quail with Red-Eye Gravy, and Potlikker-Steamed Sea Bass with Corn Dodgers. Stay tuned for our versions before the end of the year. 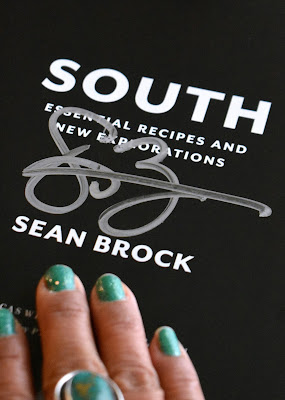 With our tickets we each received a cookbook that Brock signed. D asked, glumly, "Are you going to give one of these away?" Nope. You get one and I get one. We're not sharing!

Click to see what everyone else read in November 2019: here.