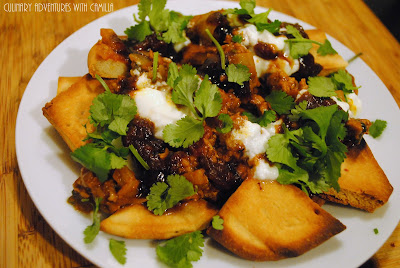 What's Your Favorite Nacho Recipe?
I started my brainstorm by posing the question on social media. I got helpful hints of "Use good, thick, crisp chips. Easy to make and makes all the difference" from a local chef friend. Other friends just threw out ideas that made my head spin: lobster nachos, totchos (that's nachos made with tater tots, in case you didn't know as I didn't!), homemade potato chip nachos with sour cream and green onion, and Three Sisters nachos - referring to the three main agricultural crops of various Native American groups in North America: winter squash, maize, and climbing beans. I asked for creative...and I got creative. And, don't get me wrong, I am trying all of those ideas!

I have made Breakfast Nachos with homemade potato chips at the bottom and Steak and Potato Nachos as well. And my Roasted Pumpkin Queso seems like a good addition to a nacho platter.

But it was Bobbi of Bobbi's Kozy Kitchen that decided it for me. She shared her Naanchos for Crunchy Goodness that was inspired by watching the same show that my boys had been binge-watching when they mentioned the idea of naan-chos a few years ago. I forgot about that dish until now. 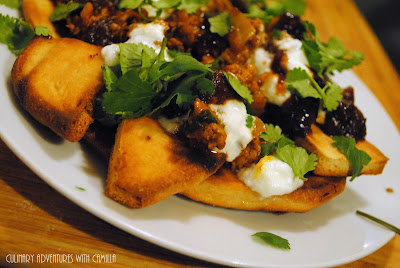 I always think nachos are best fully loaded. Almost to the point where you can barely see the chips. I like lots of meat, lots of cheese, lots of sour cream, and lots of salsa. This is a version with lots of Indian flavors on top of naan chips; I used a few strategic ingredients to give them that Indian feel. I topped the crisp naan chips with garam masala-spiced ground lamb, tamarind chutney, date chutney, plain yogurt, and fresh cilantro. Delish. 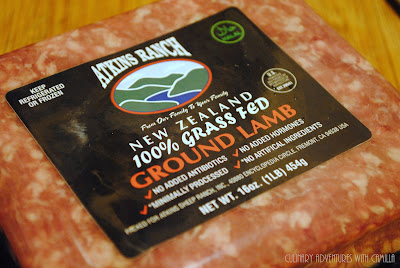 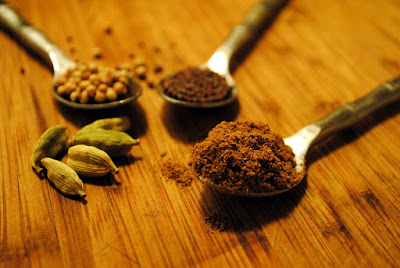 In a large, flat-bottom pan, melt the ghee. Cook the onions and garlic until softened. Add in the ground beef and cook until fully browned. Stir in the ginger, garam masala, and tomatoes. Cook until the tomatoes have lost their shape and dissolved into a sauce. Stir in the yogurt and heat through. Set aside.

Preheat oven to 375 degrees F. Slice naan into wedges. Brush the tops with melted ghee or butter and lay on a parchment or silicone-lined baking sheet. Cook to 5 to 6 minutes. Flip the naan and bake for an additional 5 to 6 minutes. Crisps should be golden brown. 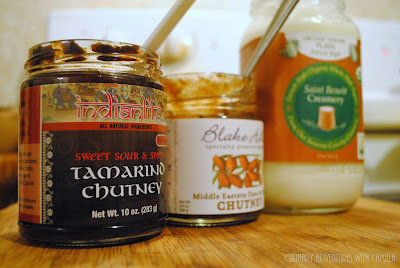 To assemble, lay naan chips on your serving plate. Top with garam masala lamb. Drizzle - to your liking - with chutneys and yogurt. Sprinkle with fresh cilantro. 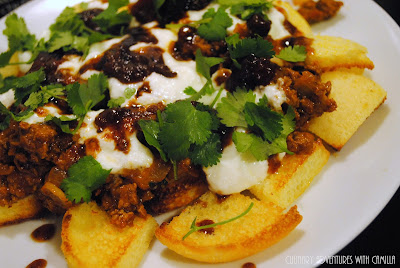 For Jake, who has recently gone back to mostly gluten-free, I cut some gluten-free English muffins into triangles and toasted them for him. Same toppings.