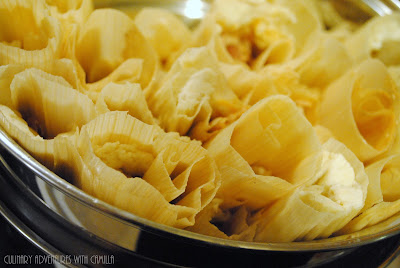 Today is our second May post for our Kitchen Matrix Project, named after Mark Bittman's Kitchen Matrix cookbook. You can read about the year-long project: here. This month, I chose the recipes and went with a Latin theme. So, last week, we made salsas. This week, we're working with masa. And so on...you get the idea.

This recipe isn't one of his, but I haven't made tamales in a long time and this is one of my family's favorites: tamales. I decided to make a variation of  maiale al latte - Italian pork in milk - as the meat filling.  Pork braised in milk has s a delicate texture and flavor and the milk slowly evolves into a rich sauce of curds. Okay, it's not particularly photogenic, but it is delicious! 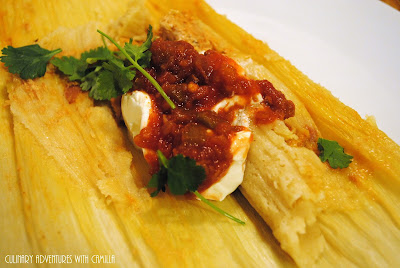 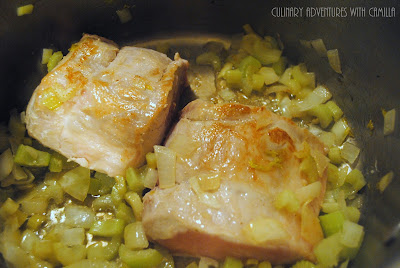 Milk-Braised Pork
Heat olive oil in a Dutch oven. Cook onions and celery until softened and beginning to caramelize. Sear the pork roast on each side, approximately 1 to 2 minutes per side. 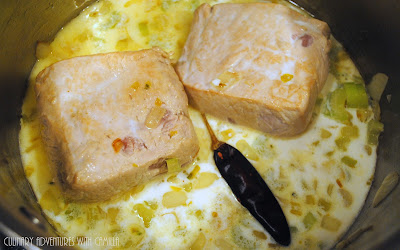 Pour in the milk and add the dried pepper and cinnamon stick.

Bring to a boil. Reduce heat, cover, and simmer, stirring occasionally, until pork is fork-tender, approximately two hours. Uncover pork; simmer until liquid evaporates and pork begins to brown, approximately half an hour. Remove the chili and cinnamon stick and continue to cook, for another 10 minutes, until the pork is nicely browned. Shred pork with a fork. 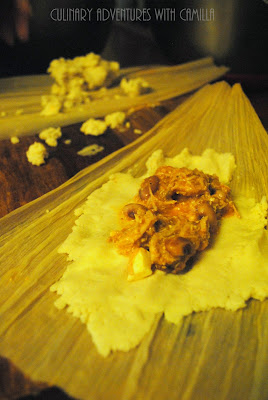 For the tamales: Place the corn husks in a large lidded pot. Pour boiling water over the top and cover. Let soak for an hour. Drain when ready to assemble.

For the masa: Mix the first five ingredients together in a bowl and stir till it comes together into a ball. Cover and let rest for 30 minutes.

For the filling: Mix the meat mixture, beans, cheese, salsa, and 1/4 C cilantro together.

To assemble: Lay a corn husk on a cutting board and spoon 1/4 C of the masa into the center. Press it as flat as possible. Spoon 1 generous tablespoon on top of the masa. 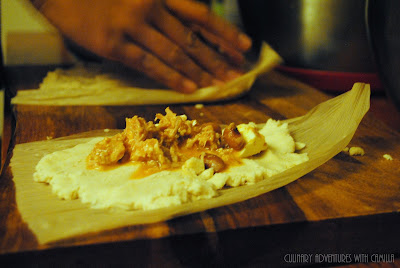 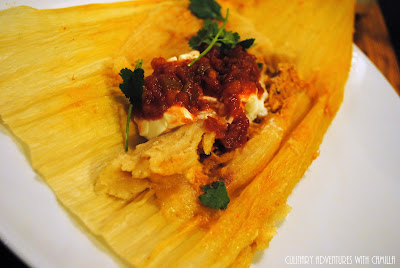 To serve, each diner opens the corn husk on his or her own plate. Garnish with sour cream, salsa, and cilantro leaves.