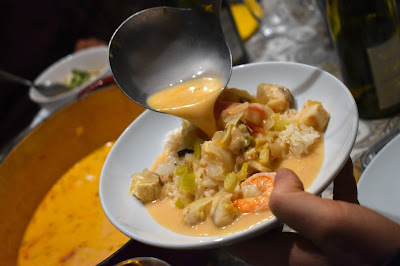 I still don't really remember how the conversation started. All I know is that D asked if I would help his friends cook a dish that used old world and new world ingredients...for their AP World History project. I never say 'no' to kids wanting to cook something. Initially D wasn't involved; he just asked me to help R and J. Sure thing!

Then, because they have the same teacher (albeit at different periods), D managed to ally himself with their project and Mr. Bourgeois said he could present along with them. Because time was short and they had a full day of robotics on Saturday, our dinner had to be on Sunday. The only problem: we were supposed to be having my parents over for their birthday dinner that night. A phone call later, I had convinced my mom that she and my dad wanted moqueca for dinner...and D convinced his friends that they were going to cook my parents' celebration dinner and get their assignment done. Phew. 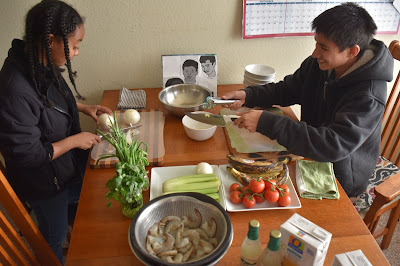 So, I bought the ingredients. And, after we got home from taking my parents to see The Current War, two of the three kids got to cooking. The third was at a family function for the weekend and did come in just in time to try their dish. But J did the heavy-lifting as far as the presentation goes. And we have a whole other pot of moqueca that all three are bringing to serve during class today. 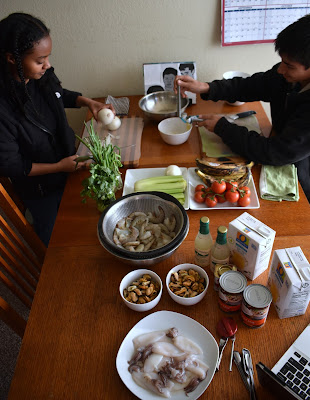 The version of moqueca that I know is Brazilian. D says the dish originated in El Salvador; I suspect it has roots and iterations in almost every Central American and South American country. As they cooked, R and D told me that the tomatoes were the only New World ingredient. They explained from where all of the ingredients came. I think their presentation is going to go just fine! 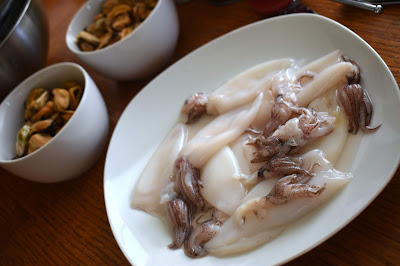 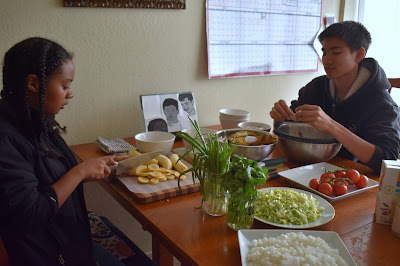 Prep all of the ingredients as listed. 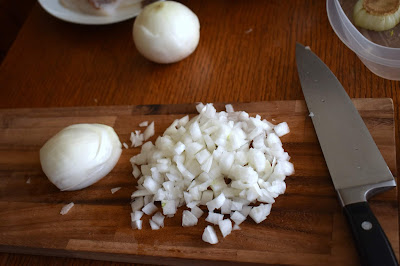 Chop and dice the celery and onions. 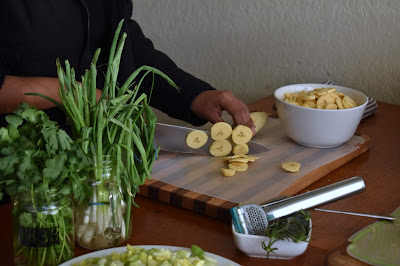 Peel the plantains and slice into coins. 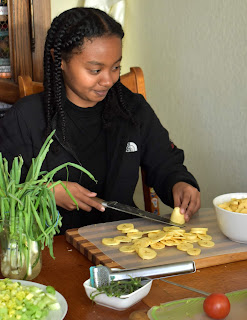 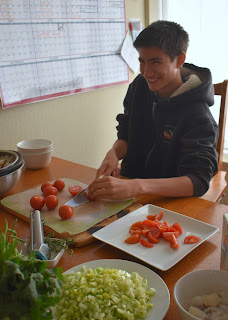 Slice the tomatoes into wedges. Once all the ingredients are prepped, you can head to the kitchen. 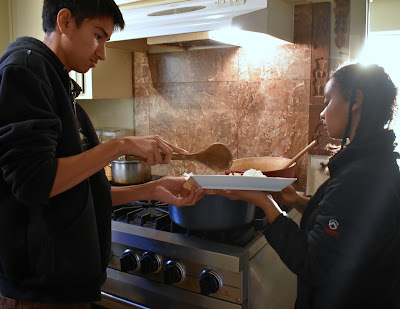 Heat a splash of olive oil in a large soup pot. Add in the celery, onions, and garlic. Cook until the onion is translucent. 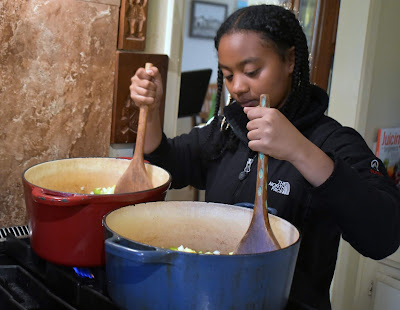 Add in the plantains and tomatoes and cook for another 3 to 4 minutes. 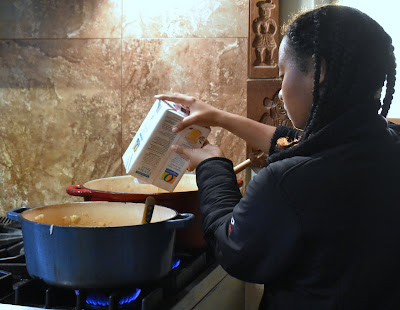 Stir in the paprika, chile flakes, and other spices. Pour in the liquid (we used chicken broth and clam juice).

Bring to a boil and stir in the seafood in order of how long it takes to cook. They did shrimp first, then fish, and squid and mussels last; the mussels were pre-cooked and out of their shells already. Stir in the coconut milk and heat till it's warm. Adjust seasoning as needed. 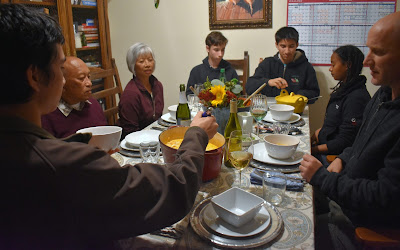 To serve, the kids wanted to serve family-style at the table. So we brought the whole pot of moqueca, a large bowl of rice, and people served themselves. 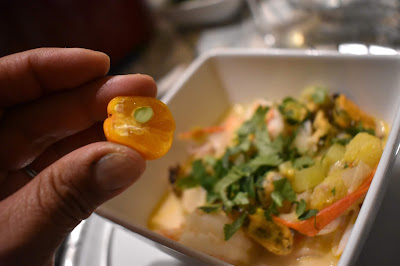 I like to place a scoop of rice in the bowl and ladle seafood on top of the mound of rice. Garnish with fresh cilantro and green onions and top with a squeeze of lime. 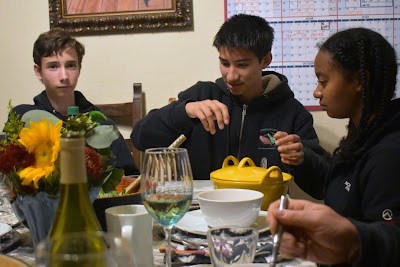 Here are the three chefs of the day! I hope that they enjoyed making moqueca and that the other kids in the class - and the teacher - enjoy the small sample they are serving in class today. I love when learning involves food! And remember: a cooking school in my home might just be my retirement plan.