By Camilla M. Mann October 17, 2019
This is a sponsored post written by me on behalf of Melissa's Produce.
I received complimentary product for the purpose of review and recipe development,
but all opinions are honest and they are my own. This page may contain affiliate links. 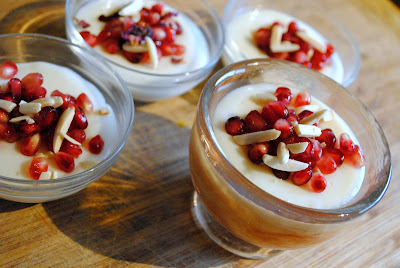 Here we are at the final week of this year's #FreakyFruitsFriday event. The Halloween before last, I noticed that Melissa's Produce* had a section on their website for 'Freaky Fruits.' I really wanted to showcase recipes featuring those fruits, so I reached out to my contact at Melissa's and he agreed. This year, I emailed him, again, and he agreed, again. Woohoo. 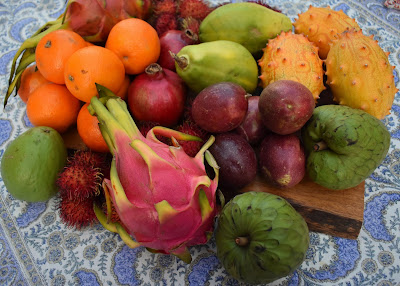 The group received a generous selection of less-than-common fruits, including dragonfruit, passion fruit, kiwano melon, cherimoya, chayote, blood oranges, rambutan, and pomegrante. With that bounty, here's what the crew is sharing today... 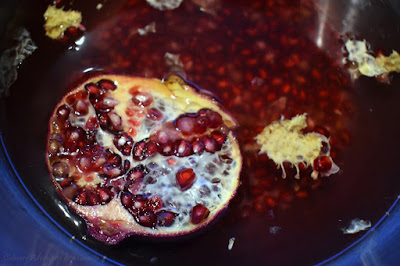 For this final week I am featuring the beautiful, mysterious pomegranate. Originally from Persia, pomegranates are one of the oldest cultivated fruits. Ancient Romans used the skins in the process of tanning leather. Perhaps due to the fruit's princely blossom crown, it has gained distinction as a royal fruit. Chaucer, Shakespeare and Homer have all extolled the virtues of the pomegranate in literature. The Moors brought the seedy fruit to Spain where Granada was named for it. The first pomegranate was planted in Britain by King Henry VIII. It reached our shores by way of the Spanish conquistadors. 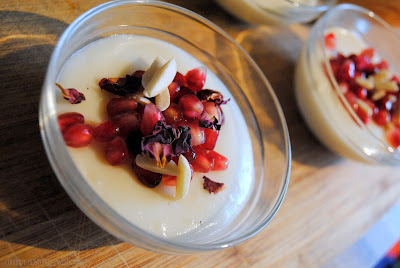 I picked this dessert because I wanted that shock of garnet pomegranate arils on the snowy white pudding - so lovely! Though this is traditionally made with rosewater, that is a polarizing ingredient in my household. Two of us love it; two of us despise it. So, I swapped out for vanilla and topped two of the servings with dried rose petals. 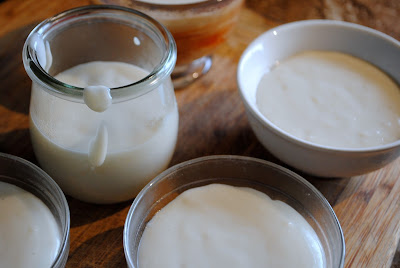 In a medium saucepan, whisk together rice flour, milk, sugar, and fleur de sel until dissolved. Keep stirring with a whisk, over a medium heat, until the mixture comes to a simmer.

Once the thickened to hold whisk marks, remove from heat and whisk in the vanilla extract. Pour into individual bowls and let cool. To serve, garnish with almonds, pomegranate arils, and a dash of ground cinnamon. If you're using dried rose petals, place a few on top of the garnish.