By Camilla M. Mann October 18, 2019
This is a sponsored post written by me in conjunction with the October #Winophiles event.
Wine samples were provided for this post and this page may contain affiliate links. 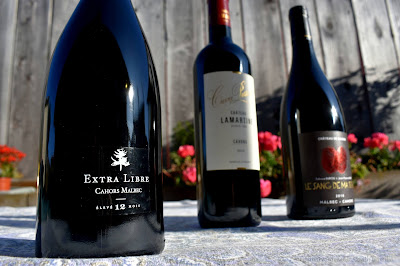 This month the French Winophiles are headed, virtually, to Cahors. Though hosted by Nicole of Somm's Table, Jill of L'occasion was able to line-up some wine samples for the group through the UIVC (Union Interprofessionnelle des Vins de Cahors). Merci beaucoup! 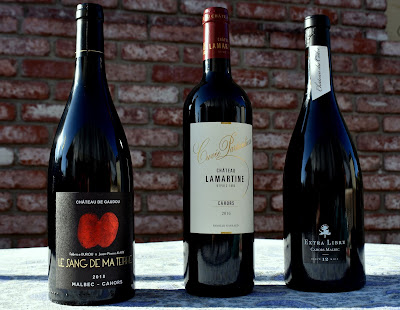 If you are reading this early enough, join us on Saturday, 19 October at 8am Pacific time for a live Twitter chat. Use #Winophiles so that we can see your comments. Otherwise, take a look at the French Winophiles' virtual trip to Cahors this month... 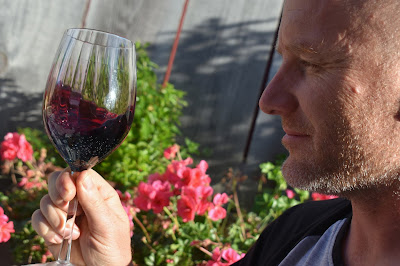 I put all three bottles on the table and I asked Jake which one he wanted to open first; he read the labels and chose the Château du Cèdre Extra Libre 2018 Malbec. When I asked why, he pointed to 'vin naturel' on the label. This one was made with organically grown grapes and bottled without added sulfur. Sounded good to me! 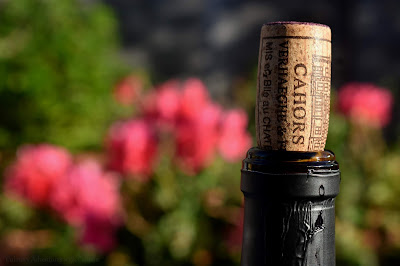 A little bit about Cahors...it's a town that lies equidistant from the the Atlantic Ocean - to the West - and the Mediterranean Sea - to the Southeast. So, the area is influenced by many climate factors. It's also an Appellation d'Origine Protégée (AOP), producing some of the richest, darkest red wines in France, primarily using the Malbec varietal which is sometimes referred to as 'black wine. When you pour one, it's easy to see why it's called that. 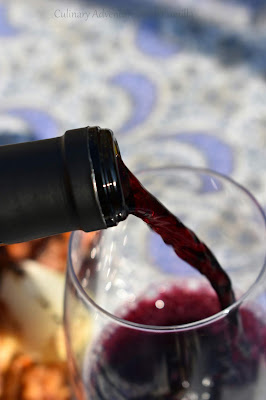 The typical Cahors wine is darkly hued, verging on black, and has a hearty, herb-heavy aroma. 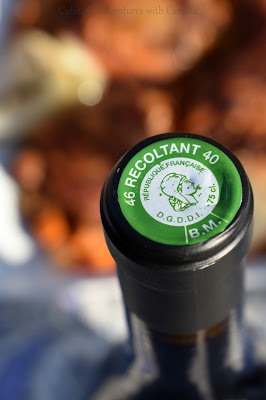 In the early 20th century, Léon Verhaeghe left Morsleede, Belgium to settle in southwestern France. Léon 's son Charles and daughter-in-law Marie-Thérèse started a farm in 1958 and began adding vines to the property slowly. They bottled their first wine in 1973. Now, Charles and Marie-Thérèse's sons are at the helm. Château du Cèdre is run now by Pascal and Jean-Marc Verhaeghe and the two brothers who have banned all herbicides and chemicals from their family's estate.

They now cultivate 27 hectares of vines, including both white and red varietals which the vines aged between 20 and 60 years. But 90% of their red grapes are Malbec. Before a year ago, when looked at Cahors before, I associated Malbex with Argentinian wines. It was then that I learned the grape was originally grown in France. In fact, as far back as the 1300s, the Brits praised the 'Black Wine of Cahors.' 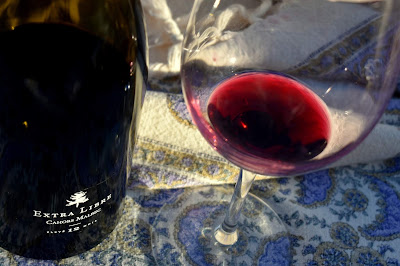 I'm always happy to learn more about wine and this group definitely stretches my knowledge every single month. So, to begin our current Cahors exploration, Jake and I opened and poured the Château du Cèdre Extra Libre 2018 Malbec.

A blend of 90% Malbec and 10% Merlot, this 'vin naturel' is made without added sulfites. The grapes macerate for 30 days before allowing malolactic fermentation to occur in concrete tanks. Then, it's barrel-aged for a year.

This wine was rich, but approachable. I got the perfume of berries and Spring blossoms on the nose and some hints of pepper and lemon zest on the tongue. This was an elegant wine that paired nicely with an everyday meal. 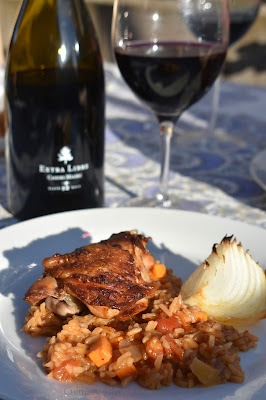 On the day that we poured this, I was in the middle of recipe testing for an event centered on apples. I thought that the sweetness of apples would match well with the wine. 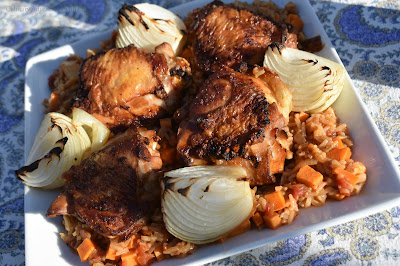 Click here to go to my Crispy Hot Cider Tea-Brined Chicken Thighs. You could, if you wished, swap out the soy sauce and use red wine instead! 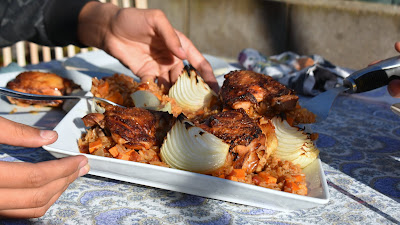 I will write about the Château de Gaudou Le Sang de Ma Terre 2018 Malbec and Château Lamartine Cahors 2016 tastings later. And, next month, the French Winophiles will be looking at 'Rasteau with Thanksgiving' with event host Michelle Williams of RockinRed Blog. Stay tuned for that! 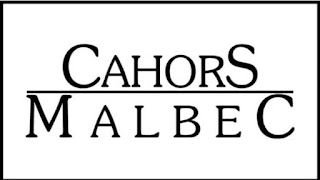