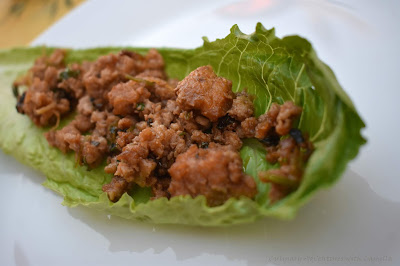 I have been trying to curtail my Amazon purchases for the sake of our family budget. Since books are my biggest indulgence, I applied for a library card and am usually at my local branch at least once a week, swapping out books. On a recent visit, I perused the shelves near the front with the books for sale and immediately honed in on Around the World in 80 Dinners: The Ultimate Culinary Adventure by Cheryl Alters Jamison and Bill Jamison.* You can't beat the price or the fact that the funds benefit the library. Win for both. 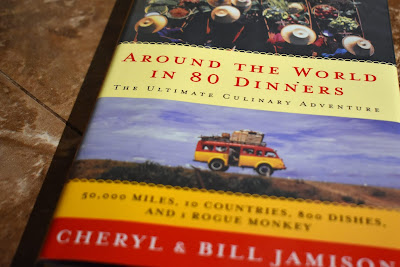 From the title, this seemed like the kind of book I would adore. And it was...all except for an annoying habit the authors have of mixing first person and third person in the same paragraph and sometimes even in the same sentence. At first I stumbled over the phrases, trying to figure out what was jarring my eye. Then I realized it and couldn't unsee it. Oye. It annoyed me every single time they did it, which was often, unfortunately.

If they want to talk about themselves in the third person, it really should be "...the whole enormous country enticed them. ...Both of them wanted to visit...." Does that irritate anyone else's grammatical sensibilities?!


In any case, this book follows the Jamisons as they travel around the world on a three-month adventure to celebrate their 20th anniversary. I was completely unaware of the Jamisons before I read this. But it's clear that they are prolific writers and even have a few cookbooks to their names. Additionally, they are seasoned travelers who have favorite haunts all over the world. 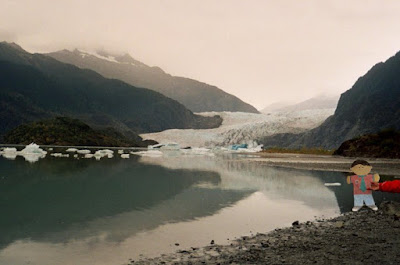 One of my favorite parts was the Jamisons' (mis)adventures with their grandchild Bronwyn's Flat Stanley. It seems a fabulous thing that traveling grandparents do for their grandkids. When my boys were smaller, they had a healthy fascination with Flat Stanley. We read, probably, all of the books. And when my parents were planning a cruise to Alaska, R asked my parents to take his Flat Stanley along for the ride. They did and Flat Stanley all sorts of places in Alaska. He visited the Mendenhall Glacier in 2010. 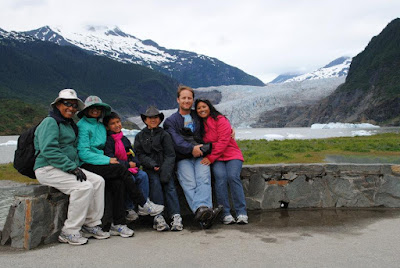 Then we all went - minus Flat Stanley, that time - in 2012 to celebrate my parents' 40th anniversary! 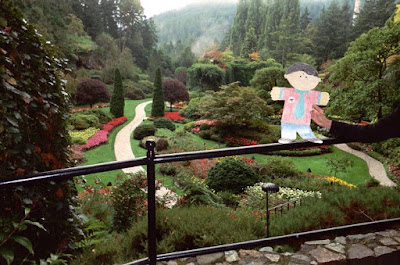 R's Flat Stanley didn't have any misadventures as the Jamisons' Flat Stanley. Bronwyn's Flat Stanley was snagged and assaulted by macaques in the Sacred Monkey Forest in Ubud. "Cheryl spots a group of successful supplicants gulping down bananas, stand Stanley in front of them a sensible distance away, and focuses the camera. Before she has time to snap the shutter, another macaque leaps from behind her and kidnaps Stanley, ripping him limb from limb and eating as many body parts as he can stuff in his tiny mouth" (pg. 22).

The Jamisons decide to embrace the Hindo rite of cremation to free the soul and let it return to earth in another form. In this case, murdered Flat Stanley returned as triplet Stanleys. "...'We can redraw him on another kind of paper, freeing us from the need of a book, and add color with crayons from Bali. The rescued arm and leg give us the right dimensions for everything.' As an art major in college, as well as a suspected accomplice in the homicide, Cheryl takes on the responsibility of giving birth to Stanley the Second. She actually delivers triplets, so we've got the Third and Fourth on hand for future insurance purposed" (pg. 23).

On the whole, Around the World in 80 Dinners: The Ultimate Culinary Adventure was a worthwhile read for those who love food and love travel, but it's not for the easily bored.


Thai Larb for the Team 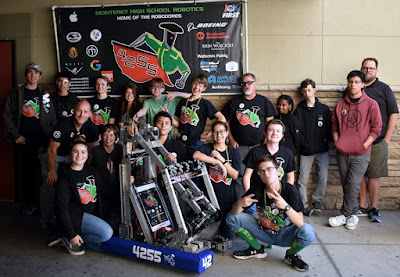 When the robotics team travels, I try to make sure that we eat as a team. It's important to converse and interact over something other than that robot! And mealtime interaction is a great way to accomplish that. When I can, I cook for them. For a recent trip to compete in Elk Grove, I was heading up and arriving just in time for dinner. So, I brainstormed about what could be cooked ahead of time and served cold or at room temperature.

Because I was just in the middle of the Thai portion of the Jamisons' trip, I immediately thought about larb. It's not one of the foods they mention among the plethora of other Thai dishes, but it's one of our favorites and fit my requirements for a team meal.

I enjoyed this description of Thai cuisine: "...we loved the Thai enthusiasm for eating, a facet of life that we see again in abundance with Vithi. He introduces us to an incredible range of new tastes, not all personal favorites for us, but each characteristic of northern cuisine and intriguing to sample. Some of the dishes thrill us with their complex and bold flavors, especially khao soi. Many others - such as meang kum, the roasted rice in bamboo, wing beans, lemongrass juice, stuffed chiles, and more - delight us in simpler ways..." (pg. 109).


Ingredients serves 12
(this allows for about 1/4 pound of meat per person, adjust serving size as needed)


Procedure
Dressing
Whisk together all ingredients in a small or medium bowl. Set aside until ready to serve.

Heat remaining 2 T peanut oil in a heavy skillet over medium–high heat. Add red onions and sauté until slightly softened, approximately 3 to 4 minutes. Add in the meat mixture and sauté, breaking browned meat into small pieces with the back of a spoon. Brown meat until cooked through, approximately 6 to 8 minutes. Stir half of the dressing into the meat. Adjust seasoning with salt, if needed. Mine didn't need any. Let cool and serve at room temperature.

Place lettuce leaves on each plate. Spoon meat mixture into the leaves. Let diners garnish with cilantro, green onions, and freshly squeezed lime wedges on their own. Serve with more dressing and hot sauce, if needed.