By Camilla M. Mann October 15, 2019
This post is sponsored by Adagio Teas.
I received complimentary product for the purpose of review. All opinions are mine alone. 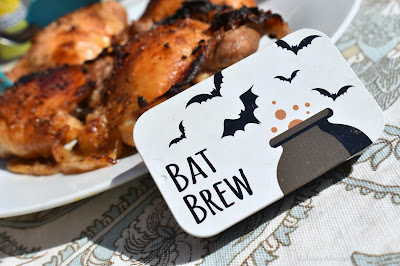 I have already posted two recipes using the Wicked Teas Sampler Set from Adagio Teas,* but they were both sweets and I wanted to feature at least one savory recipe with Adagio's Limited Edition Wicked Teas that features six Halloween themed teas packaged in spooky metal tins. 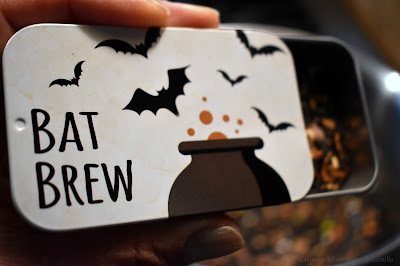 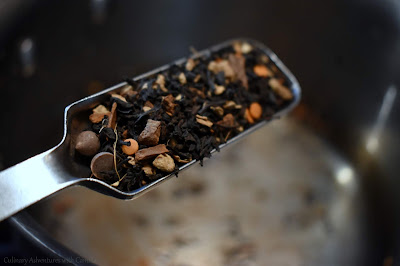 Yes, it's a fun little mix whose eye-candy appeal isn't really highlighted in this recipe. But the flavors are decidedly Fall and Halloween-y. I love it! You can make this with any black tea blend that you like. I hope you'll try it. 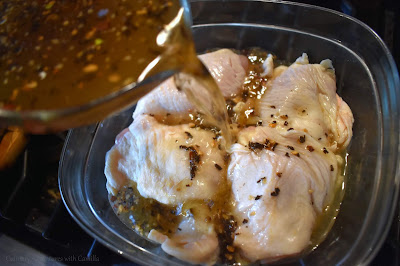 Brine
Combine water, tea, salt, sugar, and coriander seeds in a saucepan and bring to a boil. Reduce heat to a simmer and swirl pan until salt is completely dissolved. Pour in vinegar and soy sauce; whisk in garlic and white pepper. Set aside and let cool. 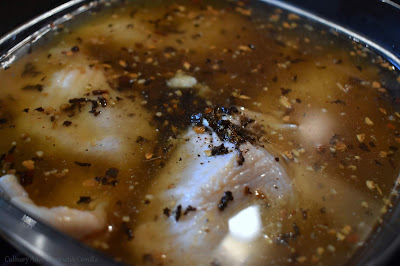 Once the brine has cooled, place chicken in a lidded container and pour brine over thighs until they are completely submerged. Refrigerate for, at least two hours but, as long as a day. Before cooking, remove chicken from the brine and pat dry.

Remove chicken from the refrigerator at least 30 minutes before you want to start cooking. Preheat the oven to 400 degrees F. Place chicken in a baking dish. Drizzle with olive oil. 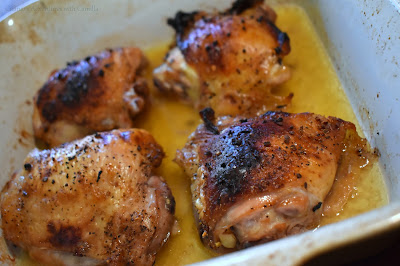 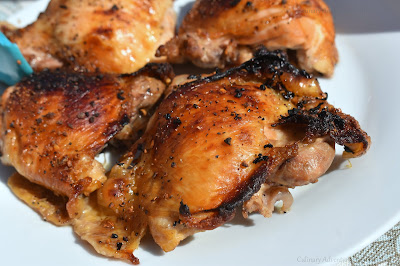 *Disclosure: I received compensation in the form of tea samples for recipe development and generating social media traction. My opinions do not necessarily reflect the opinions of the sponsor.