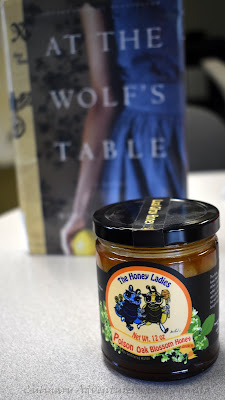 I was so excited to read this book - At the Wolf's Table: A Novel by Rosella Postorino* - because its premise is fascinating! Based on the true story of the female tasters in Hitler's lair, this was a part of history that I think I've heard before, but certainly never looked at in any depth. These ten women, in the novel, were conscripted to taste Hitler's meals before he ate them to ensure that he wasn't being poisoned. I have no idea how many actual tasters there were.

So, history plus food...you would think I would be 'all in' for this one. The back-stories of those women. The relationships between them. It could have been so compelling. But I struggled to even finish this book.

Part of me wonders if it would be better in its original language, if maybe my disinterest is a product of a bad translation. My Italian is rusty, but it's passable. I might give it a try if I can get my hands on an original version. On the other hand: there are so many other books out there that I want to read, I'm not sure I want to devote anymore time to this story.

In any case, I wasn't inspired into the kitchen to create a recipe from this book. But the chapter when some of the tasters were fed poisoned honey made me think of the poison oak blossom honey that I have in my cabinet.

They say that if you eat pollen from a certain flower, you won't get allergies from that flower. It's said that Native Americans put poison oak leaves under their tongues and didn't get poison oak. Okay, I'm not risking it with poison oak, but I did buy this at a local farmers' market because I was intrigued. My husband has been eating it...and he seems fine.

Here's the passage about the poisoned cake...

"In the lunchroom I was also served dessert. Topped with a spoonful of yogurt, the cake looked fluffy. ... No dessert for her that day, but she had been given eggs and mashed potatoes. Eggs were one of the Führer's favorite foods. He liked them sprinkled with cumin. The sweetish smell reached my nostrils. ...'They don't care one bit about saving us.' Elfriede had pulled herself to her feet. Her stony face seemed to crumble as she added, 'They don't care one bit. They're only interested in finding out what it was that poisoned us. All they need to do is perform an autopsy on one of us tomorrow and they'll find out'" (Chapter 21).

Later, Ziegler, one of the SS officers, tells Rosa, one of the tasters, that it was the honey in the cake that had affected her. 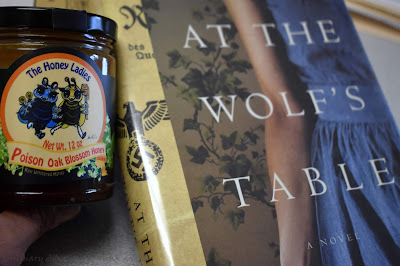 Well, I'm moving on to my next read. Again, this was an interesting subject. It was just an uninteresting telling of the story.