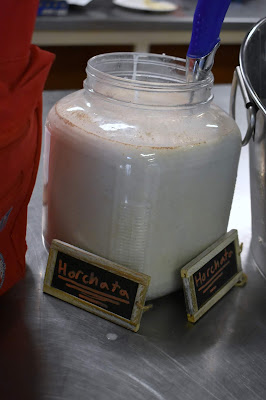 Horchata was the other drink that Team Mexico prepared for their camping dinner. Awhile back, I was teaching a class about Rice Around the World and my co-teacher is from Spain. When she saw that I was making horchata for class, she was perplexed because in Spain horchata is not made with rice; it's made with a kind of nut. So, she didn't know how that was applicable to our class. Since her husband is one of the 8th grade teachers, so I asked him about their horchata while the kids played games before heading up the hill to set up camp.

He explained about horchata de chufa. We found the translation as 'tiger nut.' But what I had prepared to make is the Mexican version...with rice! I did the first part of the process at home, but one of the students finished it up and got it ready for serving. Also, I did quadruple the recipe below to serve the masses. 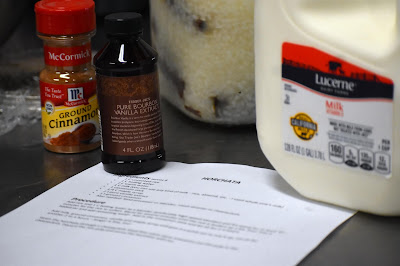 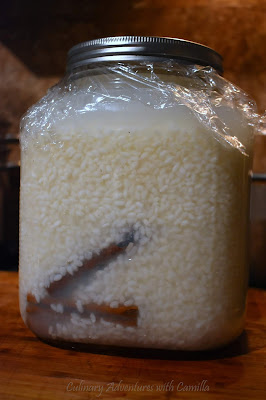 Procedure
Add rice and 1 C boiling water to a blender (preferably high-speed blender or food processor) and let stand for at least 10 minutes for the rice to soften. Blend for several minutes until the rice is broken up a bit. Pour into a lidded jar and add remaining water. Add in the cinnamon sticks and let sit for 2-4 hours.

Add milk, ground cinnamon, vanilla and simple syrup and give it a quick stir to mix it up. Let sit for another 2 to 4 hours – longer is fine, too! I left mine overnight. 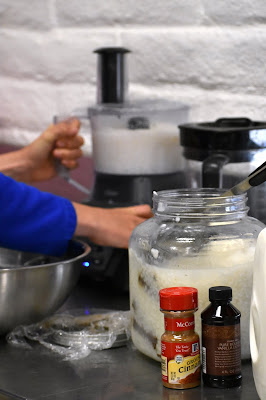 To serve, we did a final whirl in the food processor, removing the cinnamon sticks in the process. You can strain the horchata through a cheesecloth-lined fine mesh sieve and press out the pulp in the cheesecloth. But, in this case, the student who was making it said he wanted it thick.

Adjust seasoning to taste, if you want more cinnamon or vanilla. Discard the rice pulp, if you've strained it, and serve the horchata with ice.

I didn't circle back to talk to the teacher from Spain. I was curious how this version compared.