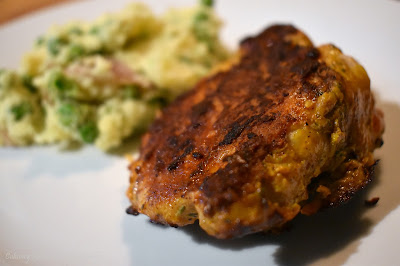 I just adore the #EattheWorld project, being spearheaded by Evelyne of CulturEatz. Here's her challenge. It's always fun to travel to a country vicariously through their cuisine.

In February  we kicked off the project with Cuba; in March we celebrated St. Patrick's Day with a tabletop trip to Ireland! Thailand was our April destination. And this month has us headed to Kenya.

The Kenyan Feast
Kuku Paka
Typically, this dish has a coconut milk sauce that sounds amazing. But I opened the can of coconut milk and promptly spilled it on the floor...and, given our crazy schedule, I had waited until the last possible night to make the dish. So, we went without. Next time!


Procedure
In a food processor, combine the tomatoes, onions, ginger, garlic, chile, salt, cumin, and coriander. Process until a rough paste forms. Rub 1 cup of the mixture all over the chicken, and let chicken marinate, in the refrigerator, for at least one hour.

Prepare and light a charcoal grill or heat a grill pan. Grill the marinated chicken, until the outside is browned and the meat is cooked through. Serve with rice or flatbread. I opted to serve it with Irio. 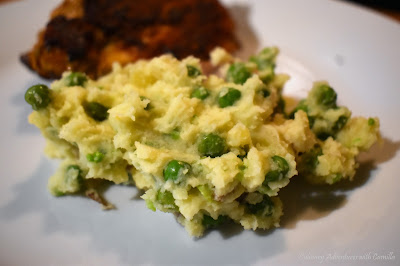 Irio [eer-ee-o], noun: In the Kenyan tribal language Kikuyu, irio just means food. But it usually refers to a simple dish of mashed potatoes with maize, peas, or greens.

Originally a dish of the Kikuyu people, irio is a hearty, nutritious accompaniment. It has many variations, but potatoes and peas are the staple ingredients with corn being the most common addition. Irio is often paired with grilled steak in a dish known as as nyama na irio. Other variations include using lima beans or sauteed greens. Sometimes dried peas are used instead of fresh.


Procedure
Place the peas and potatoes in a large pot and cover with water. Stir in the salt and place over a medium-high flame. Bring to a boil. Reduce heat to a simmer until potatoes are cooked through, approximately 15 minutes. Drain, reserving some of the cooking liquid. 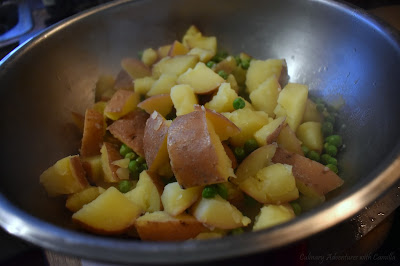 Mash the potatoes and peas together with a potato masher. Add in the butter and continue to mash until you have the texture you want. Add in a little of the reserved cooking liquid if the mixture gets too dry. Season to taste with salt and pepper. Serve hot.