By Camilla M. Mann May 18, 2018
This is a sponsored post written by me in conjunction with the May #Winophiles event.
Wine samples were provided for this post and this page may contain affiliate links. 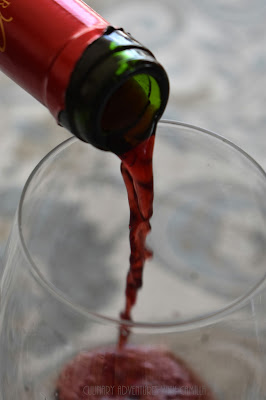 She had also arranged for us to receive a generous sampling of Côtes de Bordeaux wines.* Bloggers received different selections from the five appellations —  Blaye, Cadillac, Castillon, Francs, and Sainte-Foy. I think you'll be hunting down a bottle or three after you explore these posts.

I received bottles from Blaye, Cadillac, Castillon, and Sainte-Foy and wanted to explore pairing them with some unexpected bites. By 'unexpected' I mean that I didn't make any dishes from the same region. I went with simple, salty, spicy nibbles instead of full-blown menus with main dishes, salads, and sides.

I found the wines mostly fruit forward which seems to make them food-friendly and easy-to-drink. They were all incredibly approachable and lively with the blending offering a range of flavors. These were so versatile and fun to pour and pair.

A Cardinal Rule
This is one that bears repeating when picking your pairings: Pour the wine you like with the food you like. Don't get too stuck on the notions that certain wine varietals must go with certain foods. Mix it up and have some fun.

Once you embrace that, every other rule is more of a guideline. You know: red wine with red meat. Eh. Most of the time, yes. But red wine with grilled and marinated vegetables is also phenomenal. So, when in doubt, refer back to the cardinal rule. Drink what you want with whatever you want to eat. Seriously. It's that simple. 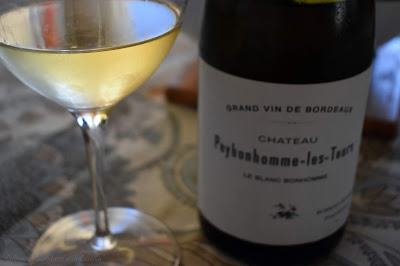 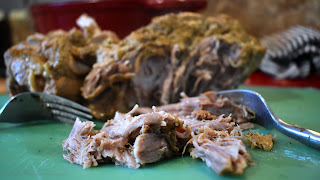 The brother-sister duo Guillaume and Rachel Hubert operate Château Peybonhomme-Les-Tours. They farm the estate, make the wines themselves, and are the largest certified biodynamic estate in Blaye. With a 50-50 blend of Sauvignon Blanc and Semillon, this wine had a complex but complementary layering of fresh citrus, sweet tropical fruits, and crisp minerality. I poured this with my Carnitas Soft Tacos and found it particularly pleasing when the wine was well-chilled. As the wine warmed, it grew more sweet and less complementary to the salty pork. Lesson learned: drink quickly or keep the wine on ice during dinner! 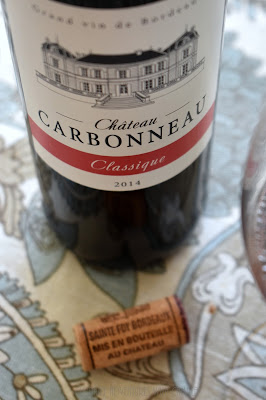 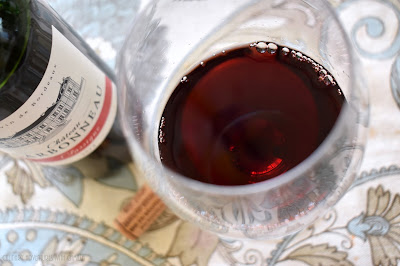 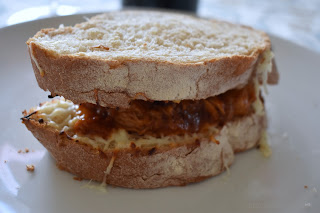 In 1992, Jacquie and Wilfrid Franc de Ferrière moved back to France from New Zealand where they replanted the vineyard and built the winery. This Merlot-heavy blend - 70% Merlot, 25% Cabernet Sauvignon, 5% Malbec - has a beautiful garnet hue with hints of chocolate on the nose. On the palate, it hops with red fruit and spices such as cinnamon and pepper. The sweet and spicy blend made this a great match with my sweet and spicy barbeque beef sauce. 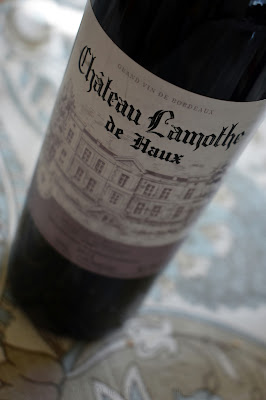 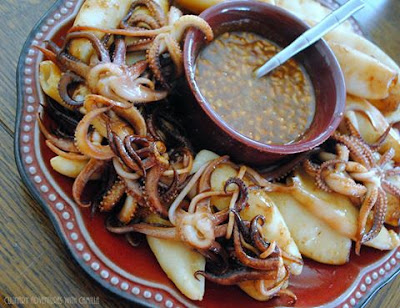 Family-run for four generations, succession at at the 190-acre Château Lamothe estate has always passed down through the female side of the tree. Today, Château Lamothe is managed by Anne Néel and her children, Maria and Damien Chombart, and they are working toward organic certification though they already embrace and practice sustainable agriculture. Made from 30-year-old vines, this is another Merlot-heavy blend mixed with 30% Cabernet Sauvignon and 10% Cabernet Franc. I found this wine smooth and well-balanced. And, for pairing with a spicy, salty dipping sauce, it had necessary soft tannins and balanced acidity.

Next month the Winophiles will be exploring Alsace. Stay tuned!

Find the Sponsor and Vintners... 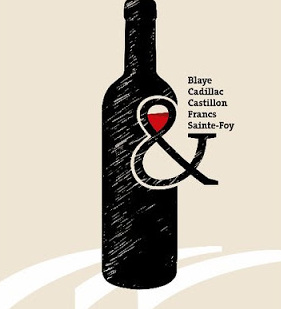 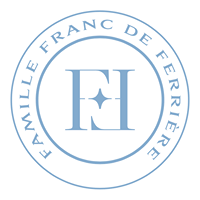 Find Château Lamothe de Haux on the web, on Facebook