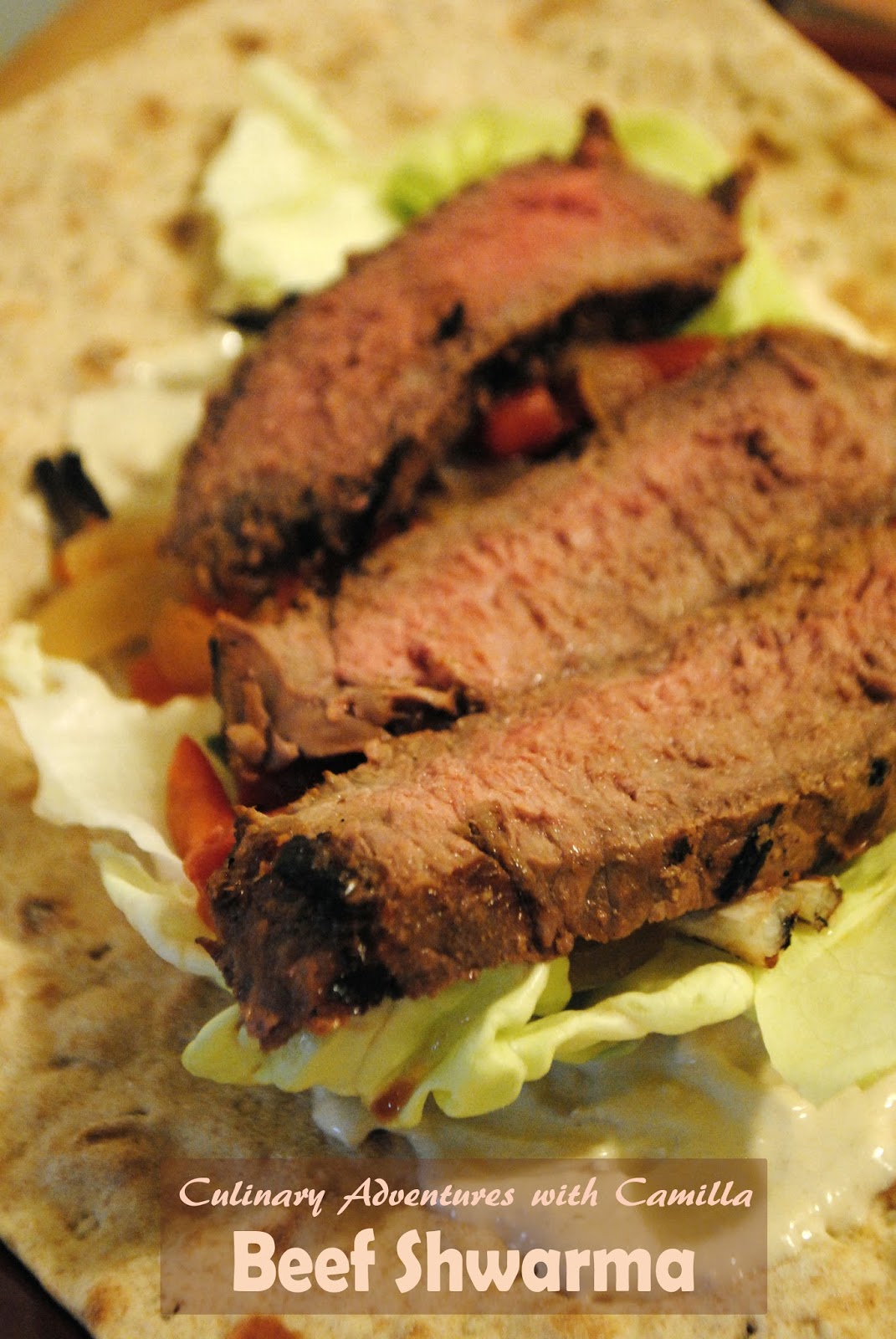 This month the Pass the Cookbook crew - under the leadership of Kita, the culinary force behind Pass the Sushi - is cooking from Julie of White Lights on Wednesday's pick: Emeril Lagasse's Kicked Up Sandwiches.

This post contains an amazon affiliate link at the bottom - for the book.

Our three choices this month were for Almond-Poppy Seed Pound Cake with Lemon Neufchâtel, Turkey Waldorf Sandwich, or Beef Shwarma with Tzatziki Sauce. And, yes, I did pick the latter because of Julie's note: "Who doesn’t want to know what Shwarma is after seeing The Avengers?"

I actually didn't remember the Shwarma reference...from the one time I saw the movie. But my boys - all three of them - were happy to oblige and watch it with me; it was the first time our little one has been allowed to see a PG-13 movie. Gasp! He was so excited...he's ten-and-a-half.

I found this still of the Avengers eating shwarma...from the extras of the DVD; we had watched it on netflix, so I didn't get to see the extras. It's too good not to share, right?


The scene, in case you missed the shwarma reference, too: Iron Man has just saved the world from alien attack.


Tony Stark: [regaining consciousness] What just happened? Please tell me nobody kissed me.
Steve Rogers: We won.
Tony Stark: Alright. Hey. Alright. Good job, guys. Let's just not come in tomorrow. Let's just take a day. Have you ever tried shwarma? There's a shwarma joint about two blocks from here. I don't know what it is, but I wanna try it.

And we all wanted to try it, too. Perfect...I did skip the tzatziki sauce, subbing in homemade Tarator Sauce and using my Homemade Rose Harissa. 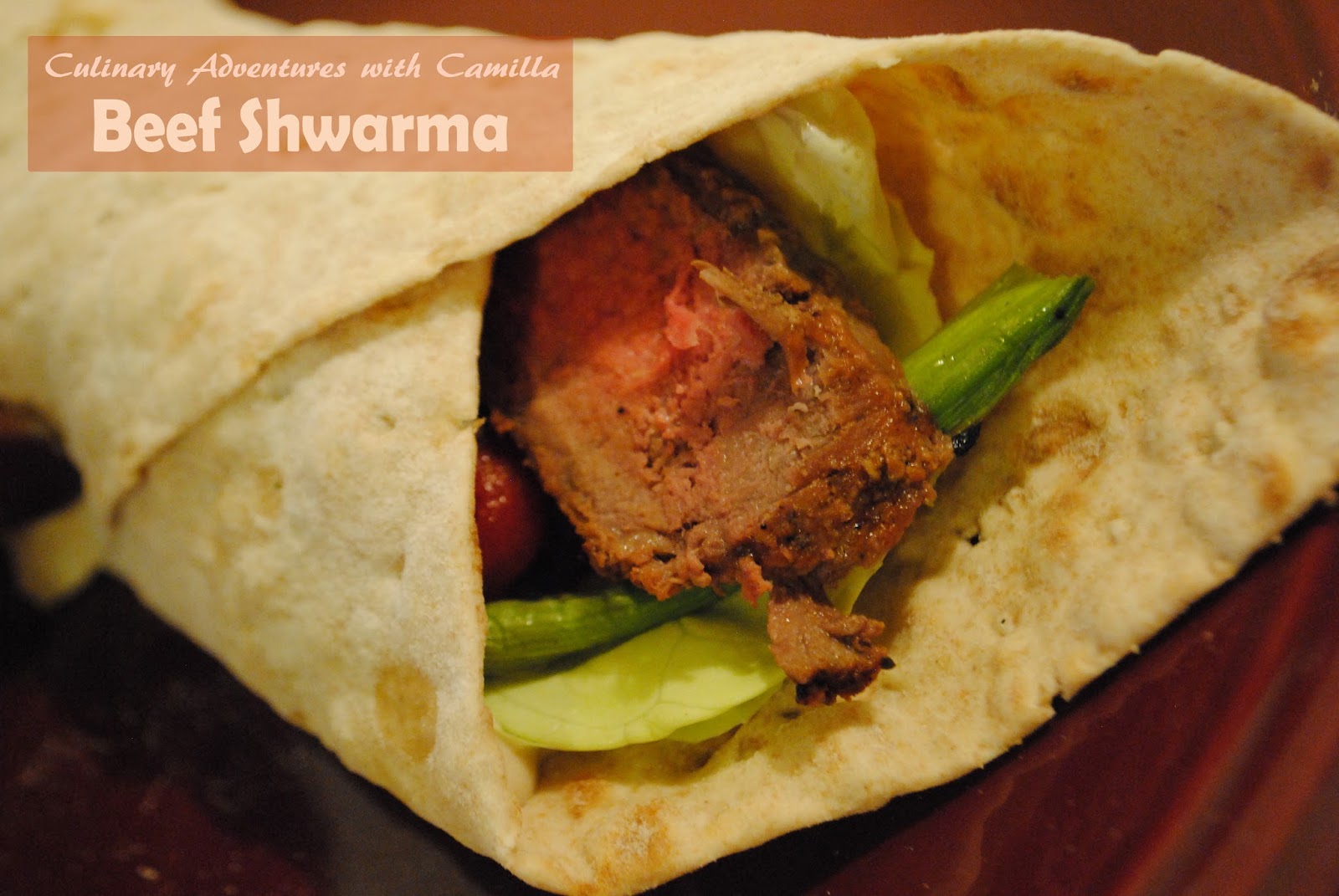 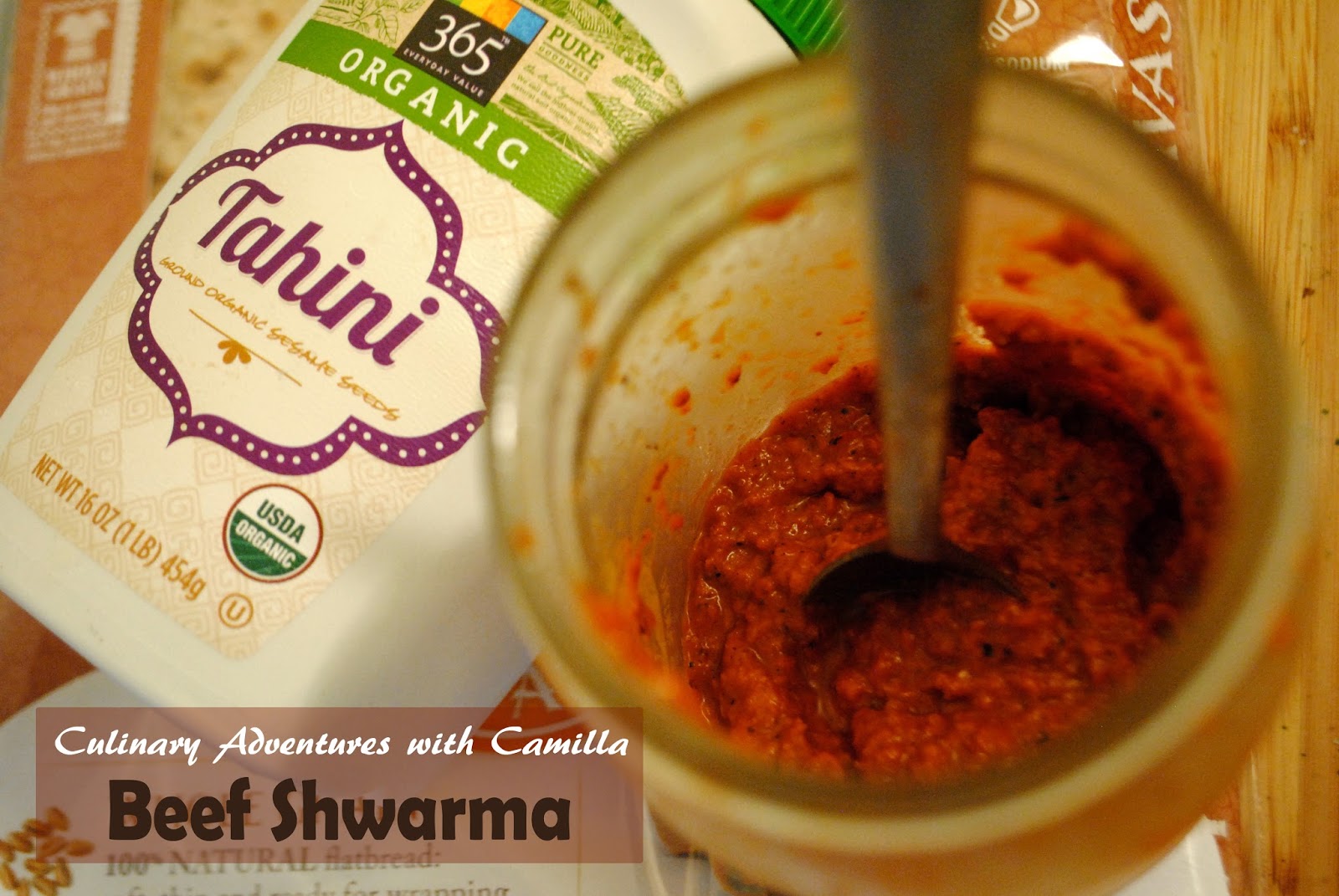 Procedure
In a medium mixing bowl, combine all of the shwarma ingredients - except the meat -  and mix well. Add the beef and rub so that it's completely covered with the marinade. Cover and refrigerate for at least 8 hours and up to overnight.

Grill till desired doneness. Let stand for 5 minutes before slicing. Carve slices of the meat while you warm the lavash bread in the oven. 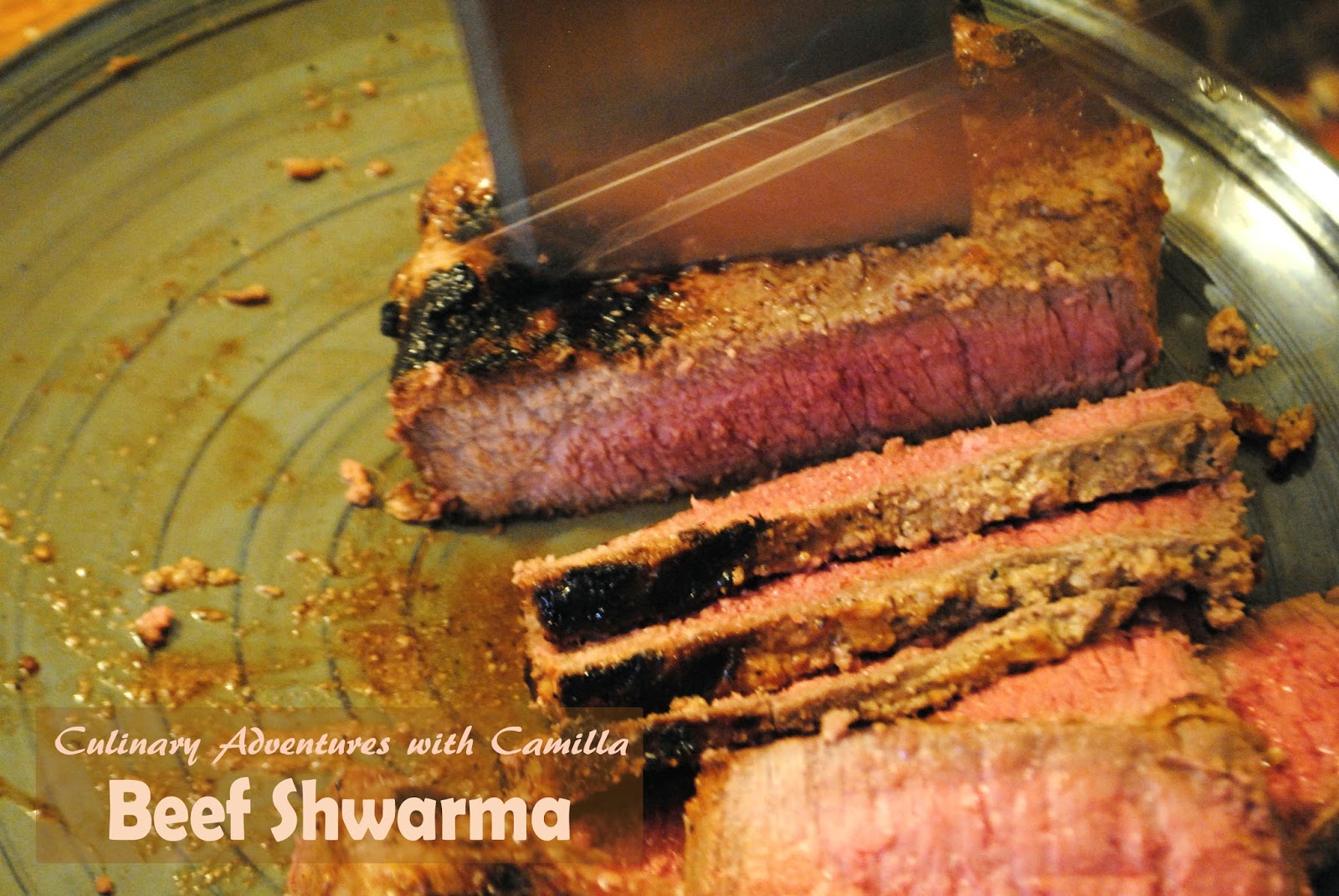 To serve, arrange the warmed lavash on a cutting board. Smear the bread with harissa, if using. Lay the grilled onions, tomatoes, lettuce, parsley, and beef on the bread. Drizzle with the Tarator Sauce. Roll up the lavash to form a wrap. Serve with extra sauces, if desired.