By Camilla M. Mann July 30, 2014
While we were gone on our 10-day camping trip, I put a hold on our mail. When it resumed this week, I got a glut of envelopes...and this: a box with four samples of organic bone broth from Pacific Foods. Happy, happy mail day. 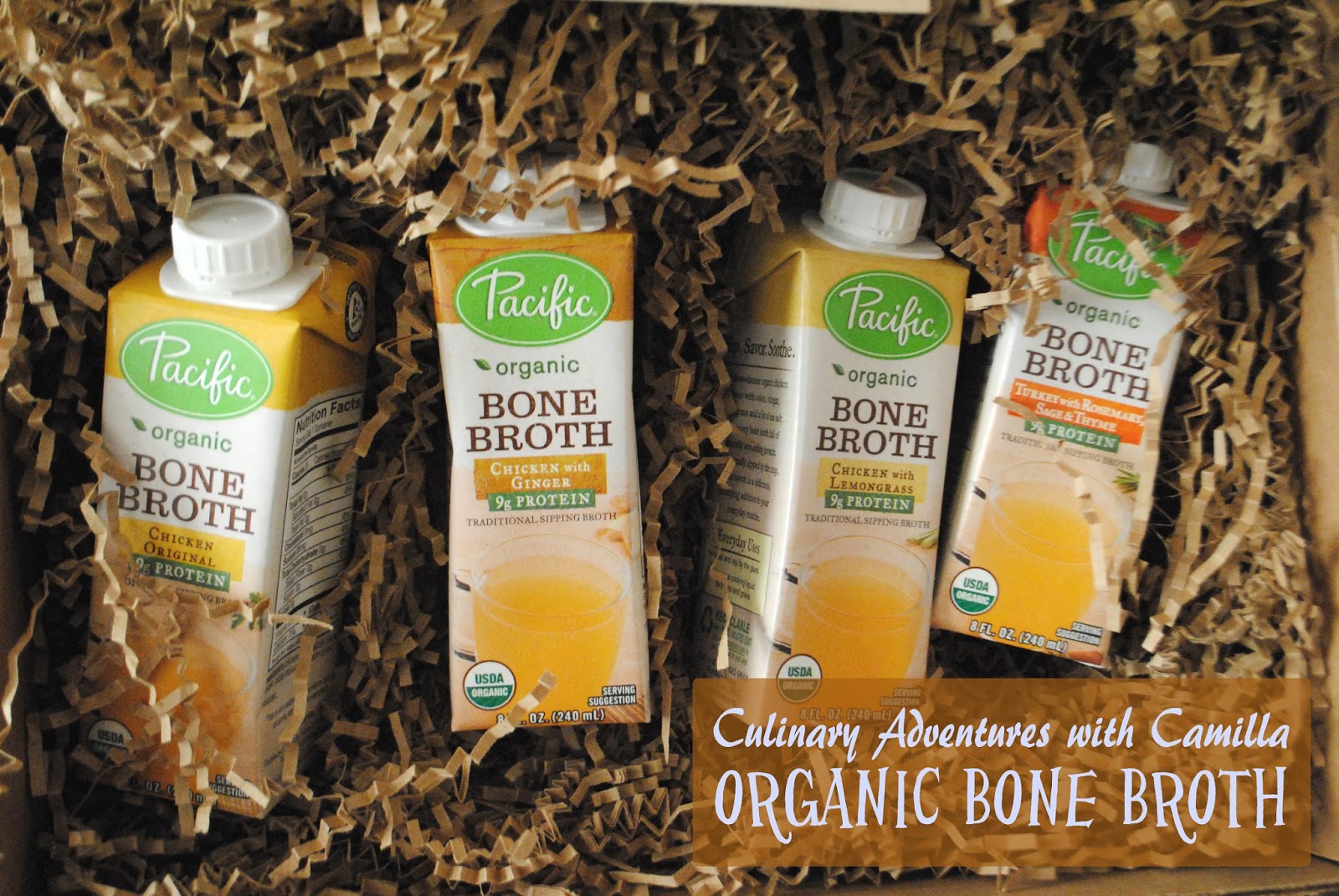 Can you read the note? "We're so excited to have you be one of the first to try our new bone broth!" Me, too. 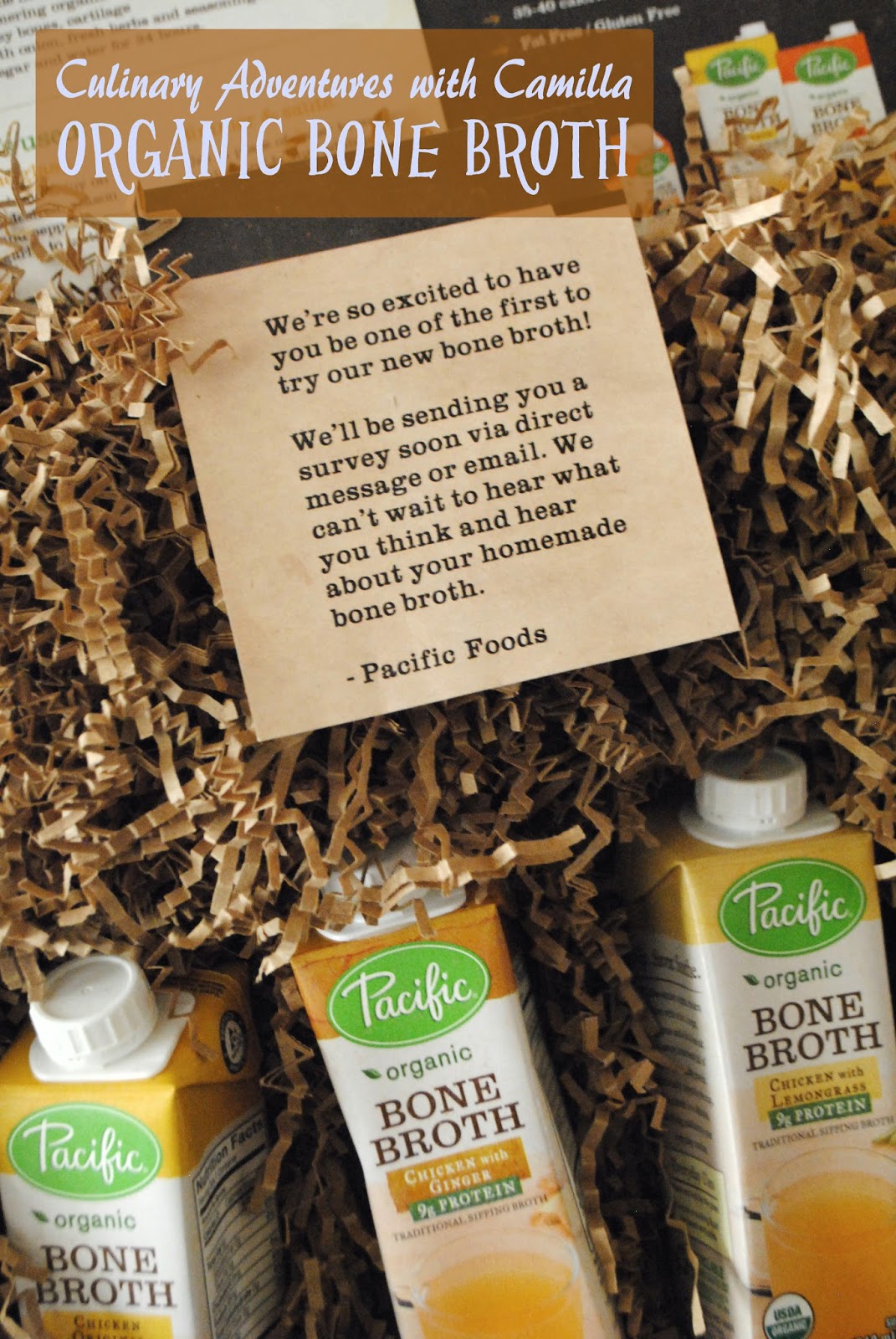 What is it?
As always before I write anything, I tried to get a grip on my subject. Bone broth. And I have to say that I'm a little confused about the difference between stock, broth, and bone broth. I posed the question on social media and received a flurry of responses. And, like my own reading, none were definitive...and all, somehow, made logical sense. Argh!

"Stock is made with bones only and broth is made with the meat and the bones."
Okay. But, then, where would bone broth fit into that?!? And, so after Thanksgiving when I toss the turkey bones and leftover meat in a pot with onions, celery, and herbs, I'm making broth? I've always called that stock.

"My thought would be bone broth is just boiling down the bones, and stock is when you add veggies and goodness."
This makes sense, too.

"I don't think there is a difference."
I'm definitely seeing this as a possibility.

*I'm using the word 'carcass' because you can take that to be bones, meat, or a combination of bones and meat.

In the first case, you get a light meat flavor. In the second, you've simmered it long enough to release some of the minerals from the bones; roasting the bones beforehand adds to the flavor. And in the case of bone broth, you've leeched almost all of the minerals and nutrients out of the bones into the liquid; the bones may even crumble at this point.

How's that? It makes sense to me.

What do I do with it?
Now this part, I can handle! An insert in the box suggested warming it and drinking it straight. I'd rather cook with it. So, stay tuned for some recipes using my bone broth from Pacific Foods.