By Camilla M. Mann July 30, 2014
As we headed inland from the coast, I cringed as the temperature gauge in the car for outside temp climbed into the triple digits. Ugh. I'm a rather wimpy central coastal Californian who begins to wilt when it's 70 degrees outside. Thank goodness for air conditioning and a planned ice cream stop.

When I parked the car outside Frozen Art Gourmet Ice Cream in Santa Rosa, everyone breathed a sigh of relief. We knew that we still had to get to the campsite...and set up our tents in the heat. But we were going to enjoy the cool, sweet treats from Frozen Art first! 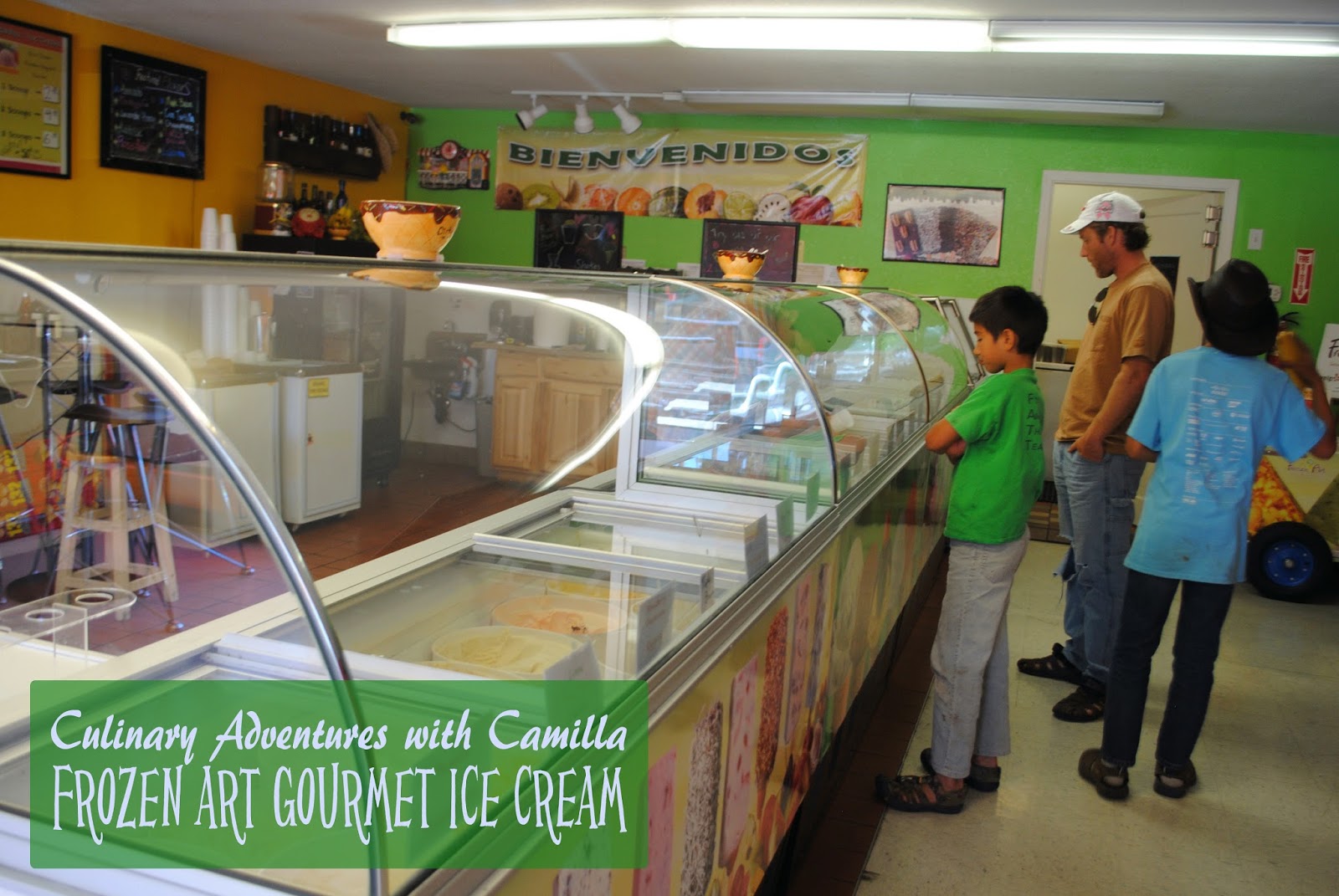 Michoacana ice creameries are the equivalent of Starbucks in Mexico; they're ubiquitous. Purists, however, claim that operating a true Michoacana ice cream shop require ties to Tocumbo. It's estimated that almost ninety percent of the Tocumban population is currently employed in the ice cream business from making ice cream itself to making equipment.

But the real art of Tocumban ice creams: imaginative ingredients. Jorge Alcazar of Frozen Art revels in creating an unending list of flavors. We tasted everything from corn to tequila and chocolate merlot to strawberry butter. My only wish was that the guy serving would have been more descriptive with the flavors. I asked about a few with Spanish names and all he would say was, "it's a tropical fruit," Yeah, I got that. I'd just like to know which fruit. Oh, well.

The rose petal is made with real frozen rose petals, so it doesn't have the heady perfume of a rosewater ice cream. D ordered it and only shared one taste. 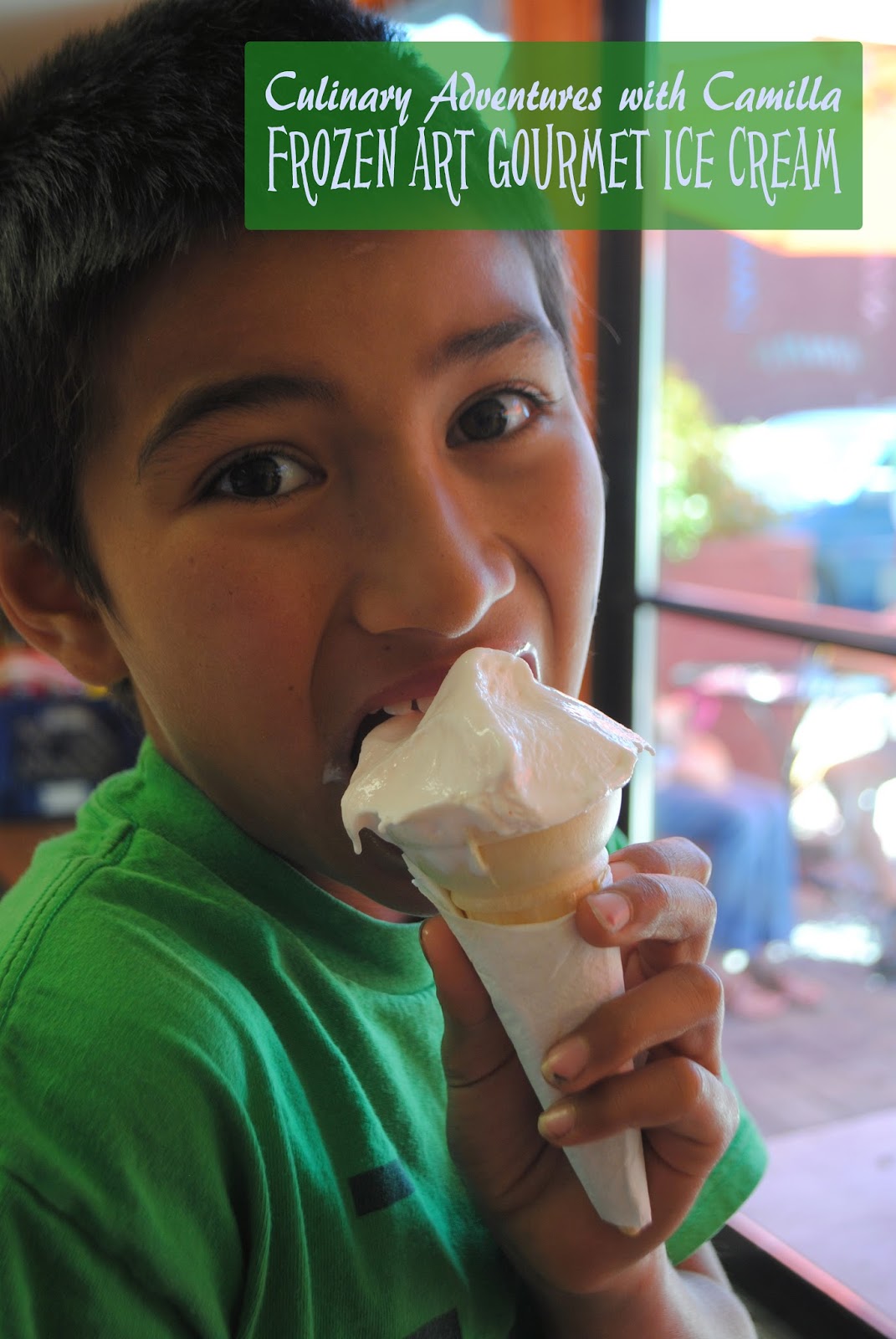 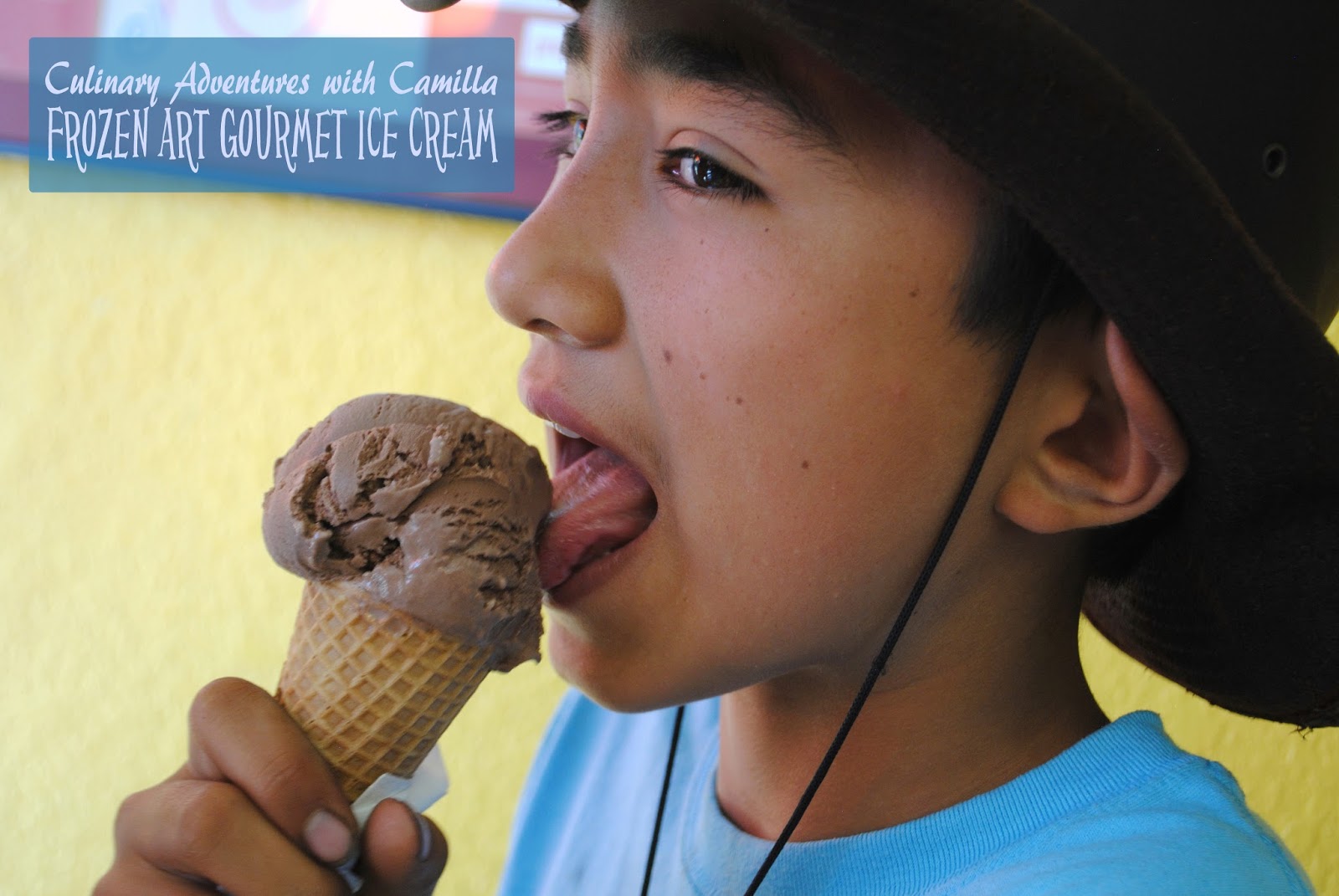 And I selected a small scoop of avocado ice cream. I had tried to make an avocado ice cream earlier this summer and wasn't happy with the texture. This version was both creamy, rich, and smooth. I'll have to try again. 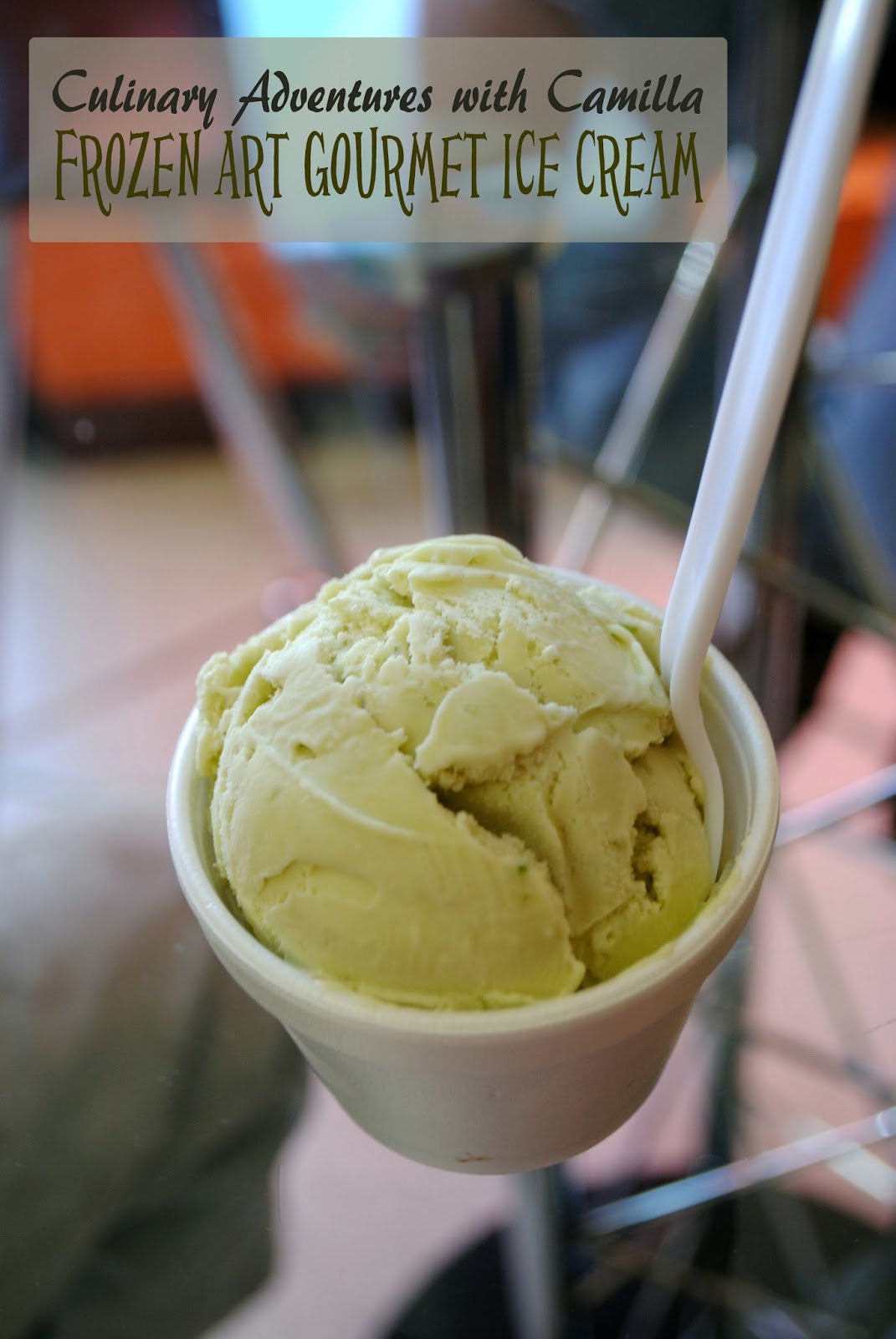 Throughout the weekend we were in the area, I encountered Frozen Art a few more times, taking part in a food-wine pairing at a winery on the way to our campsite and a friend of a friend gushed about trying them the night before. Sweet!