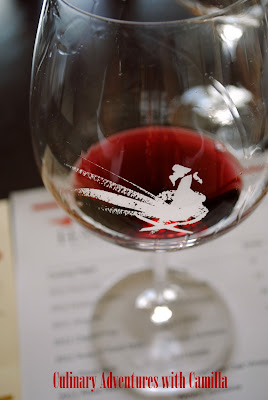 After our ATV tour of the vineyard, Colleen whisked us into a private room for a wine tasting. Before yesterday, I think I'd only been to Hahn twice before. Once was for a wreath-making event when I was pregnant with Riley, so I didn't try the wine. And about 5 years after that - and 5 years ago - we stopped there during the River Road Valentine's Passport event. So, I would say that I'm fairly unfamiliar with the Hahn wines. 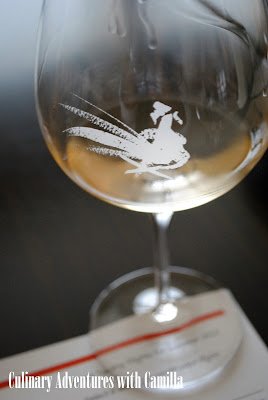 We told Colleen that we were typically red wine drinkers. But she wanted us to try a pair of their whites: the 2012 Pinot Gris and the 2011 Viognier. I'm glad she didn't listen to us; we really enjoyed both of those wines.
The Pinot Gris was surprising. It was colored like hay and crystal clear. It reminded me of Fall fruits - Asian pears and green apples. And unlike other Pinot Gris, this one was rich and velvety. I envisioned sipping this with a Roasted Lobster or Olive Oil-Poached Salmon.

The Viognier is one of the most interesting whites you've ever smelled. It's intoxicatingly exotic with notes of peach, melon, jasmine, and bananas. And while the flavor isn't as sophisticated as its nose, it is enjoyable. I picture this wine with a Cardamom-Scented Lamb Stew with Pears. 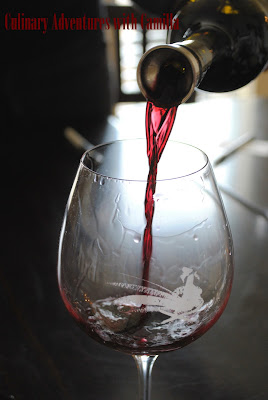 Next we tried three Pinot Noirs: 2011 Estate, 2011 Lucienne Lone Oak, and the 2011 Lucienne Doctor's Vineyard. Of the three, Jake and I both liked the Doctor's which came from a more southern vineyard at a slightly higher elevation. The shade of a clear ruby and incredibly aromatic, this wine begins with scents of spruce and lavender. Once you take a sip, it's less herbaceous and more fruity - blackberries and dark plums, I'd say. This is a strong, but subtle red. I could see pouring this with Lubyee-Bi-Lahmi.

We tried two reds that neither of us really liked and ended with two that we did! We ended up purchasing the final wine that we tasted, Smith & Hook Bottle Rock 2011 Cabernet Sauvignon.
I can't remember the last time I've purchased a cab. We tend to drink a lot of Pinot Noirs and Syrahs. But this one was unique...and fabulous. It has big, bold aromas such as spicy cloves, but it's simultaneously smooth and lush. With this, I picture eating Sea Salt Lamb Lollipops. Add in a few crushed lavender blooms and you'll be so happy.

Cin cin! This was a great date.