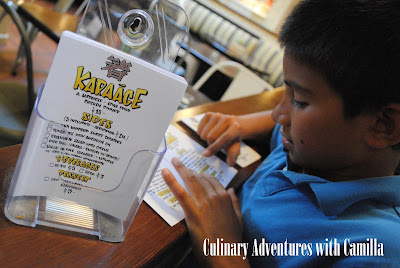 Friday, 27 September 2013. At the end of July, Hashi Hotto hosted its first Asian-inspired pop-up dinner at Carmel Belle in the Doud Arcade. We missed it because we were already off on our annual 10-day camping trip around northern California. But I heard rave reviews. So, when I saw that Chef de Cuisine Elizabeth Murray and Pastry Chef Yolanda Santos, both of Sierra Mar, were at it again, I put it on my calendar immediately. The pop-up dinner runs from 7pm to midnight; you still have an hour or so! We got there at 6:30pm and were first in line. By the time they unchained the opening, there was a line out the door.

While we waited, we perused the side dishes. For $15 you get the karaage plus three sides. Between the four of us, we meant tried them all: Umami Whipped Sweet Potatoes, Edamame Salad with Citrus, Okana-Onigiri with Bonito, Salad with Kale, Lettuce, and Seaweed in a Red Yuzu Vinaigrette, and Tomatoes in an Anchovy Oil. Actually, I think they made a mistake in our order because none of us had the tomatoes on our plates. Bummer.

You place your order at the counter. 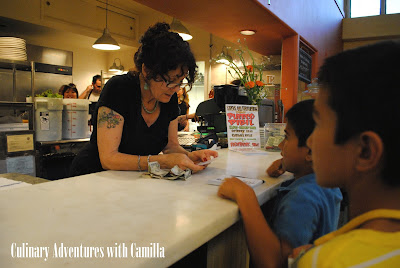 Pay. Remember they only take cash! 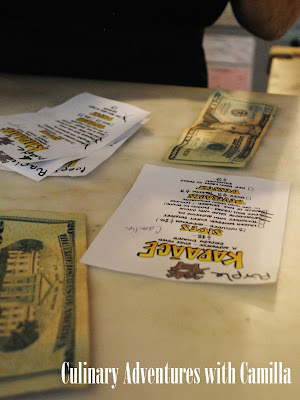 Find a table and wait. 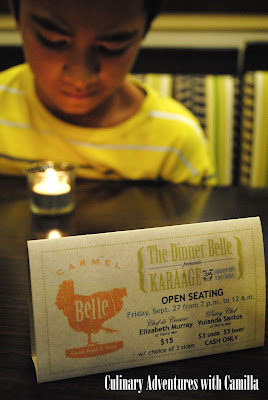 They bring the food to you. 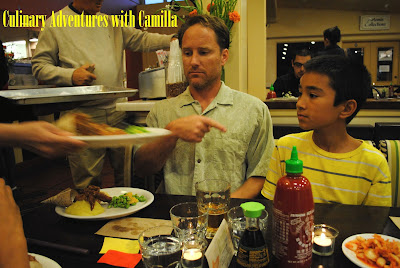 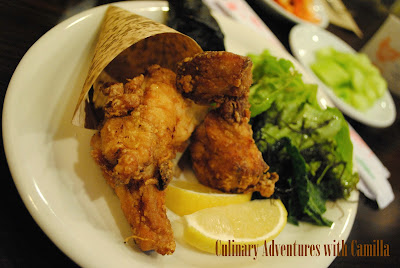 Have you read this far and are still wondering: what is karaage? This is what it is... 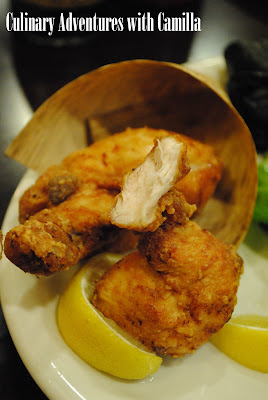 Karaage (唐揚げ) is the Japanese version of fried chicken. Comfort food, Asian-style. Pronounced kah-rah-ah-geh, it's a method of that involves marinating your meat - in this case chicken - in a mixture of soy sauce, garlic, and other spices, dredging it in flour, then deep-frying it until it's crispy and golden. 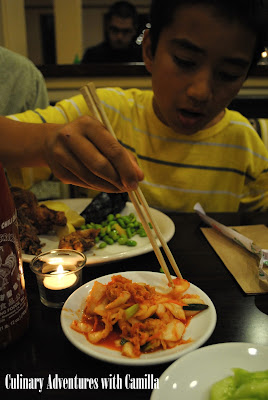 Not only was the preparation fantastic, the chicken was from Fogline Farm. Always a favorite. Since we have visited the chickens up there, Dylan asked, "Do I know this chicken?!" No, definitely not, I retorted. I wonder what he would have said if I told him 'yes.'

The karaage was tender and juicy. The sides were rich with flavor. But one of my favorite bites was the self-serve kimchi in jars near the water jugs. We love kimchi; Riley even makes his own kimchi!

And at the end of it, we had Red Bean Mochi Ice Cream Sandwiches. Well, we split two orders between the four of us and, maybe, I snagged half a bite. 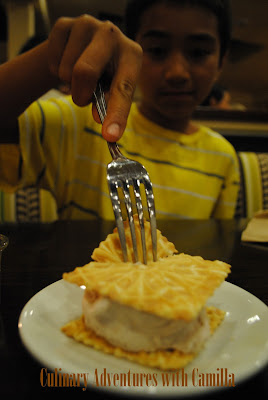 By the time we were leaving, about an hour after they opened, we were stuffed, every table was occupied, and the line was still out the door. I'd say Murray and Santos have something of which to be proud. I can't wait to hear when their next event will be. We will definitely be there. This was the perfect end to a busy week.