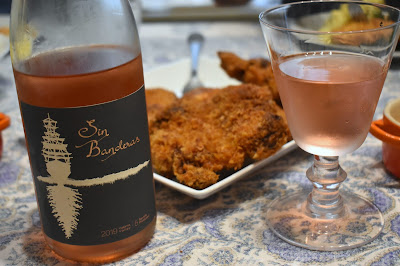 I will be sharing more about the 2019 Sin Banderas Rhône Rosé for the March 2021 #WinePW event that focuses on the wines of Washington State's Yakima Valley. Stay tuned for more on that next weekend, but I am going to be posting several of my recipes ahead of time. The participating wineries  were so generous that I have more seven pairings to share. Seriously. Seven. So, I'm starting now and will continue throughout the entire month of March.
I love pairing Rosés with fried chicken. So, after a conversation Susan of the Sin Banderas team - she's the pairing guru! - I settled on a friend chicken with a little it of Asian  flair. I added Shichimi Togarashi into the chicken breading and served the chicken with a remoulade-meets-shichimi-togarashi style dipping sauce. 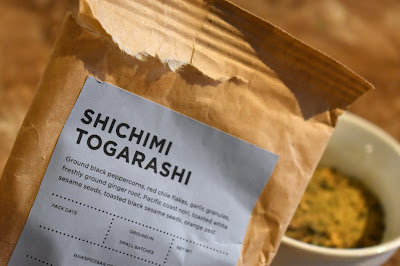 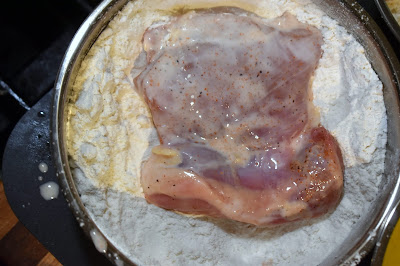 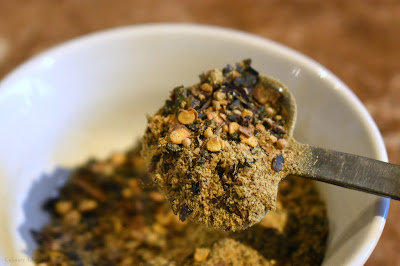 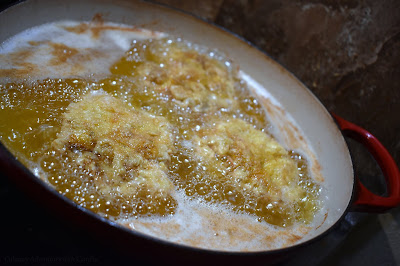 When ready to fry the chicken, fill a large cast-iron skillet (I use my Le Creuset braiser which is cast iron covered with enamel) with 1" of oil. Heat gently over medium heat until the oil reaches 350 degrees Fahrenheit.
Beat the eggs in a shallow dish. Place flour in another shallow dish. Place panko breadcrumbs in another dish.
While the oil is heating, remove the chicken from the marinade and gently shake off the excess.
Dredge each piece of chicken in the flour, coating thoroughly. Dip it in the beaten egg. Then dip it into the panko breadcrumbs to get a nice thick coating.
Once the oil reaches temperature, carefully place the chicken in the hot oil. Try not to crowd the pan; I did three thighs at a time.
Cook the chicken until it is deep golden brown and cooked through, about 6 minutes on each side, or until a meat thermometer reads 165 degrees Fahrenheit.
Drain the chicken on the paper towel-lined plate or a cooling rack. To finish, drizzle each piece with 1 teaspoon melted coconut oil. Sprinkle each piece with a pinch more of Shichimi Togarashi and some flake salt. 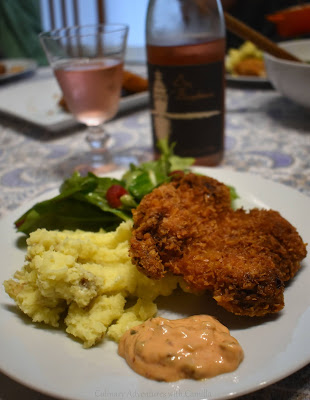 Though this fried chicken has lots of Asian flair with the Shichimi Togarashi in the chicken and the dipping sauce, I went with a basic buttermilk mashed potato on the side and a crisp spinach salad.