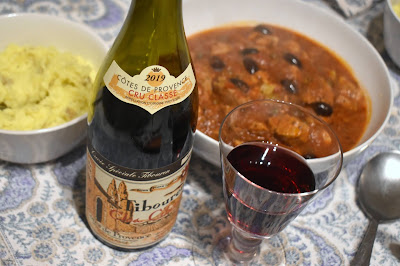 This month, the French Winophiles are looking at the red wines of Provençe. Payal of Keep the Peas is hosting. Provençe, a region in southeastern France that borders Italy and the Mediterranean, is renowned for its olive groves, pine forests, and lavender fields. And when you think of wine, you typically think of Provençe Rosés...at least that's what comes to my mind first. So, it was nice to get a prompt to look at the red wines of the region.
If you are reading this early enough, feel to jump in on our live Twitter chat. We'll be meeting on Saturday, February 20th at 8am Pacific time. Just follow the hashtag #Winophiles and be sure to add that to anything you tweet so we can see it. Here's the group's line-up. These will be live between Friday and Saturday of the event.
In My Glass 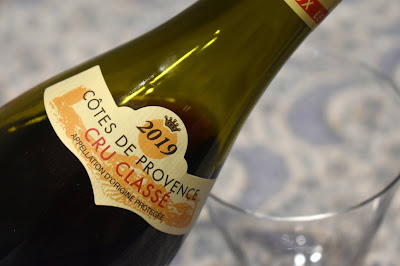 I was able to track down a bottle of 2019 Clos Cibonne Cuvee Speciale Rouge for this event. Clos Cibonne's estate dates back to the late 18th century when the Roux family acquired it from Jean Baptiste de Cibon who was the captain of Louis XVI's royal marines. Throughout the 20th century, the estate languished until the late 1990s when Bridget Roux and her husband Claude Deforge took the helm. Their goal: restore Clos Cibonne to its former esteem as one of the Cru Classés in Côtes de Provençe.
Bridget's grandfather, André Roux, was a fan of the native variety Tibouren and swapped out all of the  Mourvèdre vines with Tibouren. This red wine grape variety is known under a number of names, including: Anitboulen, Antibois, Antinourin, Geysserin, Rossese di Dolceacqua, and Sarreiron. And it has been grown in this part of France since as far back as 500 BC.
While this black-skinned grape variety is typically used for making full-bodied Rosés, Clos Cibonne crafts a unique red wine that combines this rare grape with a distinct aging process. The wine is fermented in stainless steel before being aged 'under fleurette' - a thin shroud of yeast - in century-old foudres which are large wooden vats that hold 1500 liters! 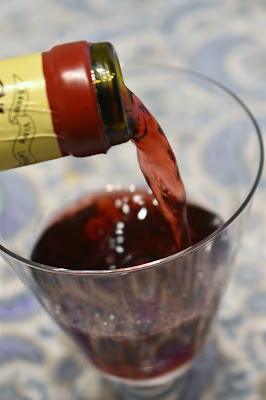 A blend of 90% Tibouren and 10% Grenache, this wine pours a clear pale garnet and has strong garrigue aromas which refers to the wild, aromatic low-growing vegetation on the limestone hills of the Mediterranean coast. Think juniper, thyme, rosemary and lavender; 'garrigue' refers to the lot of them. For this wine, I got mostly lavender and thyme on the nose though there were notes of moist earth as well. And the salinity on the tongue definitely made me think of the Mediterranean. This wine was sumptuous yet light.
In My Bowl 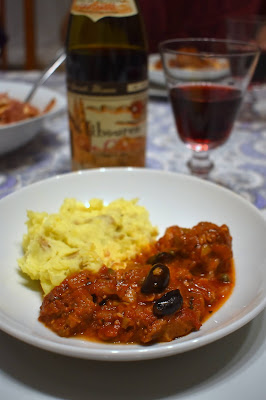 Since we are still in the throes of winter, I wanted to do a meat braise that mirrored those garrigue notes of the wine and made a Provençal Pork Stew seasoned with a quick, hand-blended Herbes de Provençe. This spice blend makes more than you need for this recipes. Just keep it in an airtight jar and use the rest within a month. And if you don't have everything I listed, just use what you have. The most important elements to an Herbes de Provençe, in my mind, are rosemary, thyme, fennel, and lavender.
Ingredients serves 6 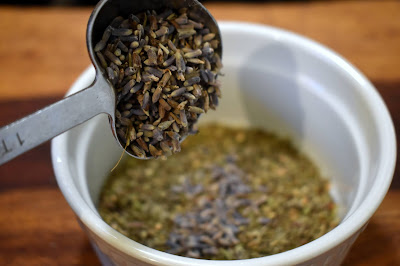 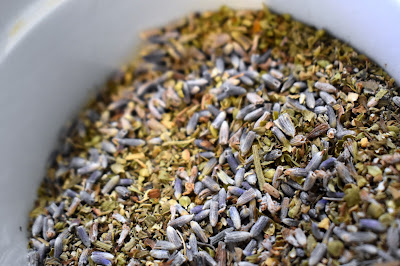 Herbes de Provençe
Place all ingredients into a small mixing bowl and stir to combine. Set aside until needed. 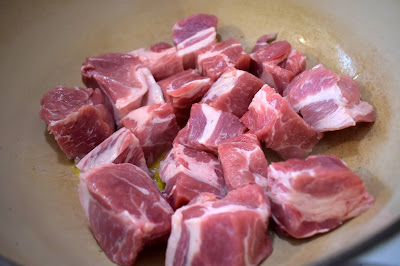 Pork
Heat the oil in a large, Dutch oven. Stir in the garlic, then add the pork meat into the pot. Sear on each side for  3 to 5 minutes - until a nice brown begins to appear. 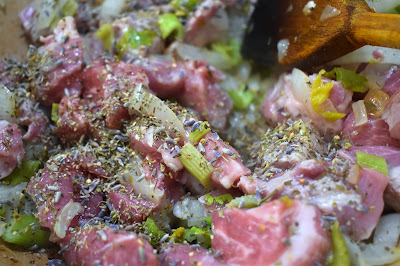 Add the onions, celery, and garlic to the pot. Stir in the Herbes de Provençe. Pour in the broth and red wine. Bring to a boil. Then, reduce the heat to a simmer and cover. 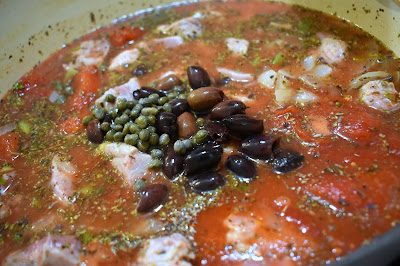 After an hour, stir in the canned tomatoes or tomato sauce. Add the olives and capers. Bring the liquid to a boil again, then reduce the heat to a simmer and cover, again. Let the meat braise for another two to three hours - longer is fine, if you need to. Once the pork is tender. Use a fork to shred the meat slightly. Raise the heat to reduce the sauce to your desired thickness.
Season to taste with salt and pepper, as needed. Serve with creamy mashed potatoes and a crisp green salad. 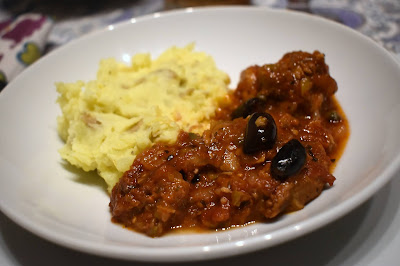 That's a wrap for the February 2021 #Winophiles exploration of the red wines of Provençe. We'll be back next month as I lead the discussion of French wine grape varieties used around the world. Stay tuned for more information about that.