By Camilla M. Mann November 26, 2020
This is a sponsored post written by me on behalf of The Quail & Olive.
Complimentary product was provided for this post and this page may contain affiliate links.
However, all opinions expressed here are my own. 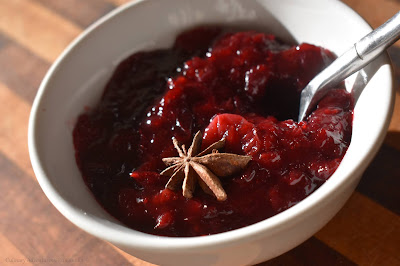 "They also tell how Little Red Cap was taking some baked things to her grandmother another time, when another wolf spoke to her and wanted her to leave the path. But Little Red Cap took care and went straight to grandmother's. She told her that she had seen the wolf, and that he had wished her a good day, but had stared at her in a wicked manner. 'If we hadn't been on a public road, he would have eaten me up,' she said."
~Little Red Cap 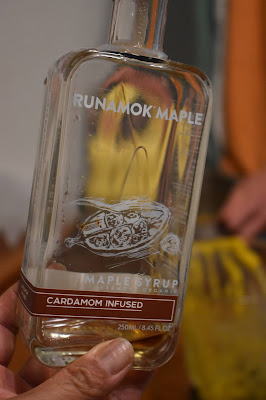 If you're wondering about the 'Little Red Cap' title, this is my version of cranberry sauce that will be served alongside our roasted Cornish game hens for our Grimm Thanksgiving tonight. You can read the rest of the food at my post: A Grimm Menu.
Earlier I shared a recipe for Cran-Elderberry Sauce, but when I saw the Runamok Cardamom Maple Syrup in the pantry section of  The Quail & Olive* I really wanted to use it with their Star Anise & Vanilla Bean Balsamic Vinegar in a sauce for Thanksgiving. And that maple syrup jar is already empty because it's been used in my endless batches of gingerbread that I've been cranking out all week.
This is quick and easy to make; it's ready in about fifteen minutes.
Ingredients makes approximately 2 cups 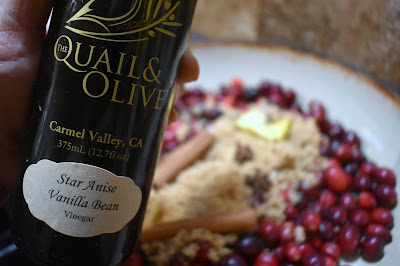 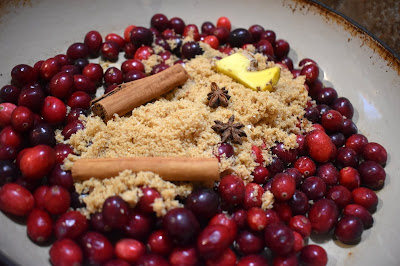 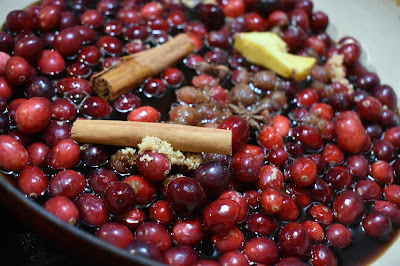 Pour in the water, maple syrup, and vinegar. 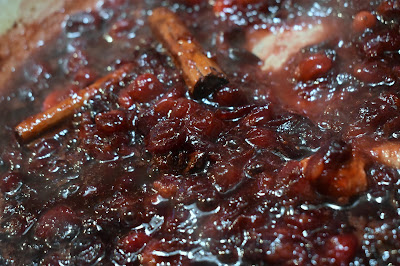 Bring to a boil, then reduce heat to a simmer. Cook, uncovered, for 10 to 12 minutes. The sauce will thicken as it cools. Spoon into clean jars until ready to use. Just be sure to remove the ginger, cinnamon, and star anise when you are serving. 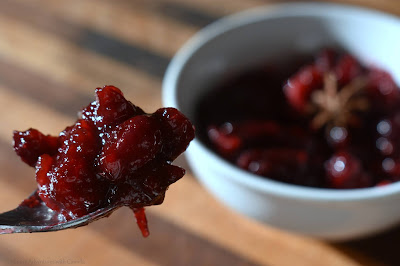 on the web, on Facebook, on Instagram, on Twitter
*Disclosure: I receive compensation in the form of complimentary products for recipe development
and generating social media traction. All opinions are my own.