To the Médoc with Herbed Lamb Chops #Winophiles

By Camilla M. Mann July 15, 2016
Welcome to the July event for The French Winophiles, a wine-swilling, food-loving group coordinated by Christy of Confessions of a Culinary Diva. We've made it around France. And by clicking on the following regions you can read my recipe post that includes the #winophiles round-up as well. So far, we've traveled - by tabletop and goblet - to the Loire Valley, Corsica, the Southwest, Languedoc-Roussillon, Côtes du Rhône, Bordeaux, Champagne, Burgundy, and Alsace.

Now that we've made the rounds, we're revisiting regions with a little more specificity. So, today, the crew is heading to the Médoc. 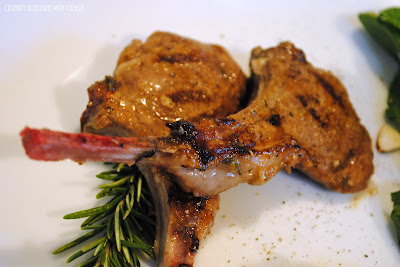 The Conversation
Join us for a live Twitter Chat Saturday, July 16th at 11 am EST/8 am PCT. You may join in the revelry by following hashtag #winophiles. Here's where we're headed next.. 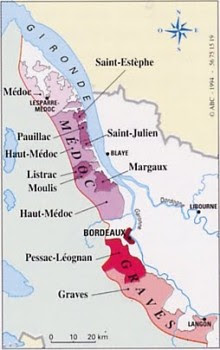 To the Médoc
The Médoc is both a region and an appellation; it covers a tip of land between the Atlantic Ocean and the estuary of the Gironde.  With heavy, clay-rich soils wines from the Médoc are typically robust and full-bodied.

I like the area's history: in ancient times the Médoc was largely comprised of salt marshes used for grazing. In the 1500s the area was so isolated that not a single road stretched across it, then, King Henri IV hired the Dutch to drain the marshland. He intended to plant vineyards and provide the Brits with an alternative to Graves and Portuguese wines. The Dutch engineers drained swamps, reclaimed bays and inlets, regulated streams, and built dykes, earning the Médoc the nickname of Le Petite Hollande. 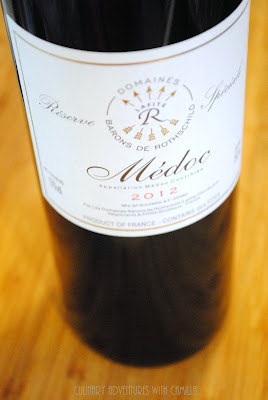 I got my hands on a 2012 Médoc from Domaines Barons de Rothschild. The Rothschild family, owners of Château Lafite Rothschild, has been based in this Bordeaux vineyard since the late 19th century. 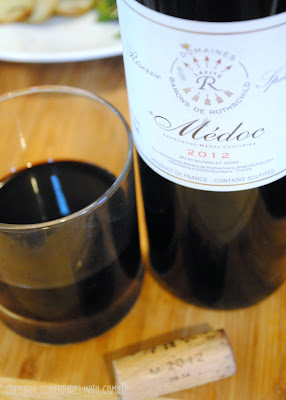 This wine is a blend of 70% Merlot, 30% Cabernet Sauvignon. To the eye it has a beautifully vivid ruby color. On the nose, I got a variety of aromas, including licorice, spice, and plum. And on the palate, I found this wine intense and seductive. It's full-bodied yet supple with a fruit at the front and a fresh, spicy finish. Very enjoyable! 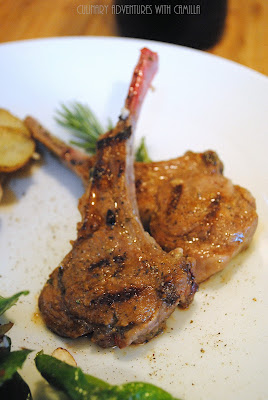 On My Plate...
I decided to pair the wine with one of our favorite quick lamb dishes: herbed chops. The rib chops absorb a great deal of flavor from their paste-rub in 20 minutes and, then, they cook up to be perfectly browned in under four minutes per side. 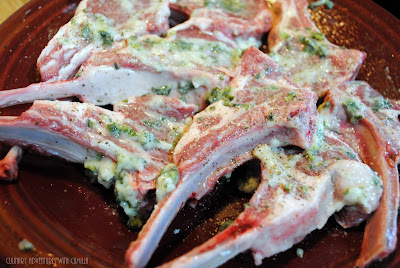 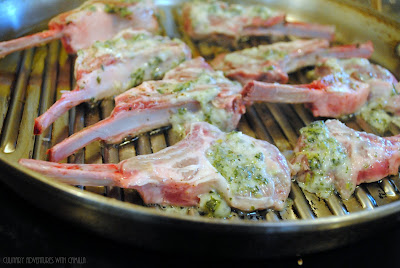 Procedure
In a small bowl, combine the garlic, lavender, fennel powder, rosemary, parsley, mint, and 1 T olive oil make a wet paste. Rub the paste all over the lamb chops and set aside at room temperature for 20 minutes.

Generously season both sides of the lamb with salt and pepper. Heat the remaining oil in a sauté pan or a grill pan until very hot. 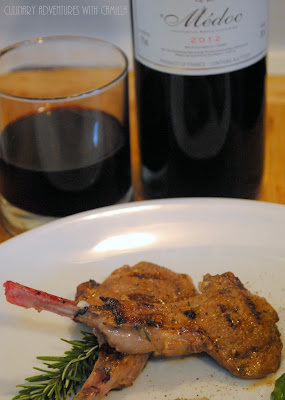