By Camilla M. Mann July 08, 2016
This weekend, the Wine Pairing Weekend crew - #WinePW on social media - is pairing sherry with foods. Join the conversation on Twitter on Saturday, July 9th, at 8am Pacific. 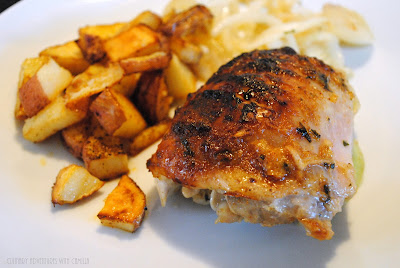 What is sherry? Yes, I did actually ask myself this when I saw that Jeff of FoodWineClick was hosting a sherry-pairing event.

Whhhaaaatttt? I - yes, I was this ignorant! - thought sherry was just for cooking. I had no idea you could drink it...much less enjoy it. Whoops. Thanks for the chance for illumination, Jeff. So, I got to work, reading, researching, and - finally - sipping and recipe testing. 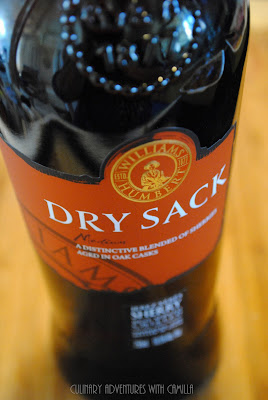 Hopefully no one is as clueless as I was. But, just in case, bear with me. Sherry is fortified wine from the southwest part of Spain; it comes in a range of styles - dry, straw-colored or sweet, mahogany-hued or somewhere in between. Dry sherries are usually served chilled while sweet sherries are served at room temperature. 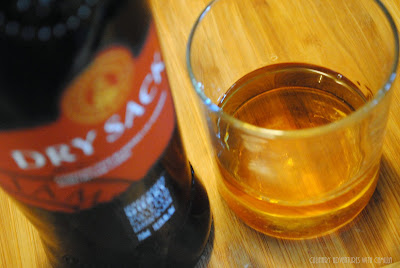 In My Glass...
Locally, I found an Amontillado-style sherry made by Dry Sack. Actually, I found several different kinds of sherry, though fino and cream sherries were the must abundant options.


On the nose, the strongest aromas - for me - were almonds and honey. On the palate, it had a medium sweetness which seemed tempered when it was chilled. There was a slight tanginess that felt a little like when you eat walnuts. Overall, I found it a muted, understated sip. 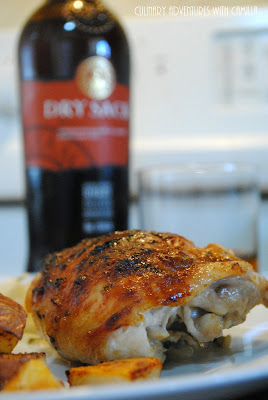 While I was a little bit more informed about sherry wine, I still really had no idea what to serve with my sherry. Jeff shared these guidelines: "If it swims - Fino; If it flies - Amontillado; If it runs - Oloroso". Perfect! I can work with that.

Since I had decided to go with an Amontillado-style, I paired the sherry with chicken. I found a traditional recipe from the southwest part of Spain where sherry is also made. My version is slightly adapted. Slightly. 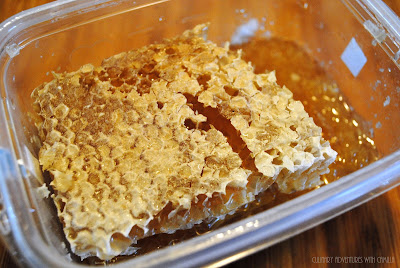 Procedure
Place chicken thighs in a lidded container where they can lay flat in a single layer. Add the cumin, ginger, coriander, smoked paprika, and cilantro. Rub the herbs and spices into the meat. Drizzle with lemon juice and saffron water. Cover the container. Refrigerate overnight.

Remove chicken from the refrigerator at least 30 minutes before you want to start cooking. Preheat the oven to 400 degrees F. Lay onion slices in the bottom of your baking dish. Place chicken, skin-side up, on top of the onions. Stir together the oil and honey and brush on the top of the chicken.

Drizzle with more olive oil. Roast in the pre-heated oven for 40 minutes, or until chicken is browned and crisp and cooked through. Serve hot. 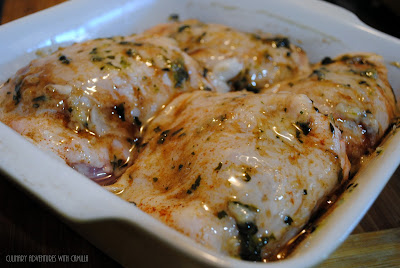 Before serving, taste the sauce for salt or honey. 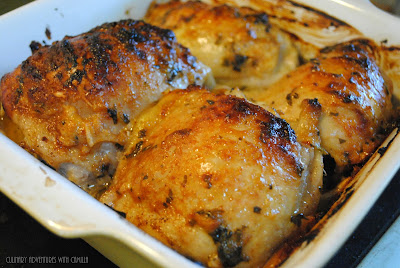 I served this with roasted potatoes and caramelized onions. Salud!