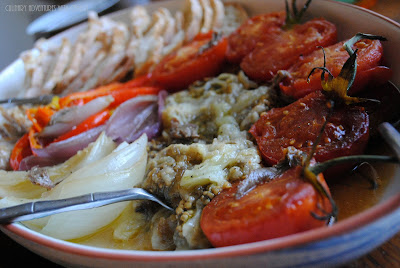 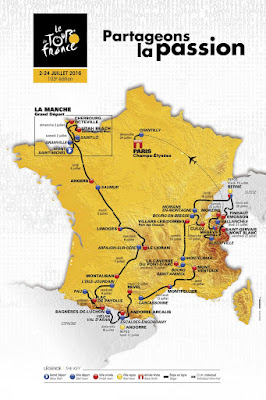 My husband, Jake, has done a couple of century bike rides and completed the biking leg of an Olympic-distance triathlon a few times. While I do know how to ride a bike and we do lug our bikes on vacation and ride often, I am more of a beach cruiser kinda gal...you know, like with a basket on the front that's carrying a bottle of wine and a baguette! 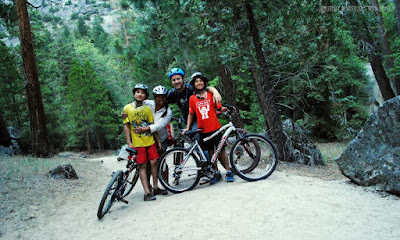 In honor of the Tour De France, a group of bloggers from around the world will be sharing recipes that capture the culinary spirit of the regions along the race route. We'll be cheering them on by celebrating with the foods of six different regions. Sarah of Curious Cuisiniere, the event originator and blogger wrangler, has given us the option of cooking from: Northwest France (Normandy); Angers/Saumur (Loire Valley); Southwest France (Midi-Pyrenees); Northeast Spain (Catalonia/Andorra); South France (Languedoc-Roussillon); Western France (Rhone-Alpes); Bern, Switzerland; and finally Paris. 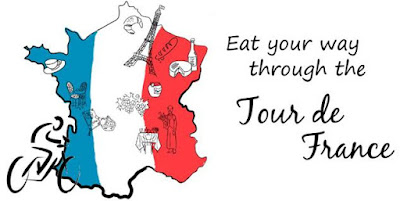 Each blogger has made a dish that is representative of one of the regions on the race route. Take a look!

Be sure to visit each one to learn more about the regions on the route and to enjoy a taste of the cuisine! Show us how you plan to eat your way though Le Tour de France all month long with the hashtag #TourDeManger !

While we do love French cuisine - my cooking class last semester even ate escargot! - I wanted to try something a little further afield. I decided to make Escalivada, a roasted vegetable dish that's typical from the regions of Cataluna and Aragon. Its name comes from a verb in Catalan that means "to roast in the embers." 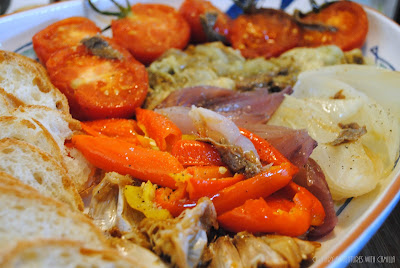 Escalivada is a simple dish that is served warm or room temperature with crusty bread and celebrates all the delicious produce that abounds in the summer months. 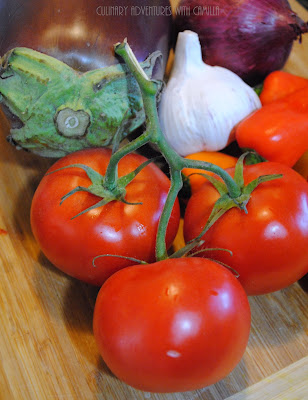 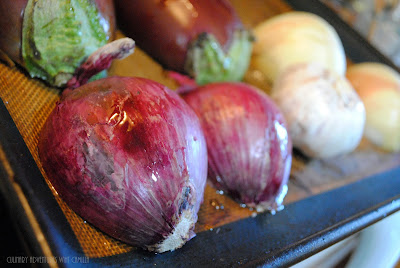 Rinse and dry the eggplant, peppers and tomatoes. Slice the eggplants in half lengthwise, and coat the cut side with olive oil; place them cut side down on the pan. Make small slits in the skin of the eggplants so they don't split open as they roast.

Slice the onions and tomatoes in half and place them, cut side down on the pan. Slice the top off the garlic and place it on the pan. Fit the peppers on the pan wherever you can squeeze them in.

Drizzle all vegetables with olive oil and sprinkle with salt. 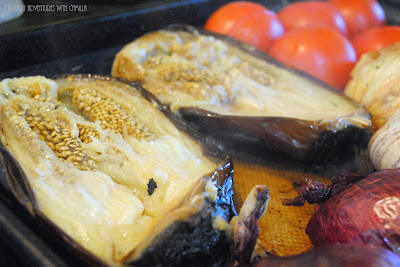 Roast in oven for about 1 hour, checking the vegetables at 30 minutes. After an hour, the tomatoes, peppers, and garlic will likely be done. Remove those and return the eggplant to the oven until done. 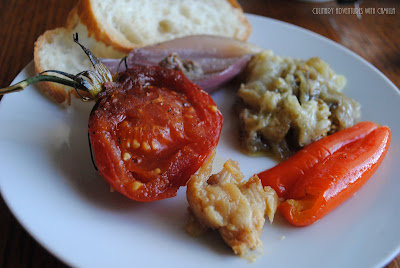 To serve, cut roasted vegetables into strips and place them on a platter or tray with anchovy fillets. Sprinkle with salt and drizzle with more olive oil. Escalivada is typically served room temperature with plenty of slices of bread. 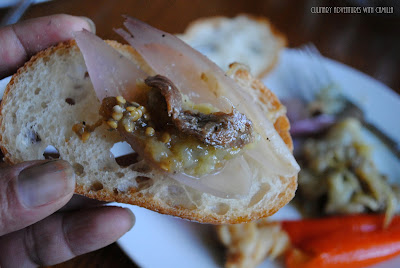 I did read about some interesting variations I need to try: adding potatoes to the selection, swapping green onions for yellow, and splashing everything with vinegar before serving. Yum! 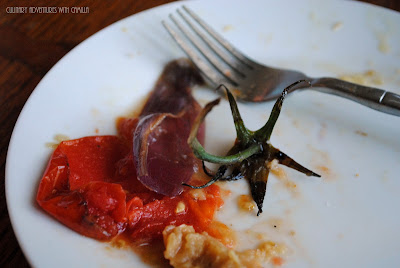