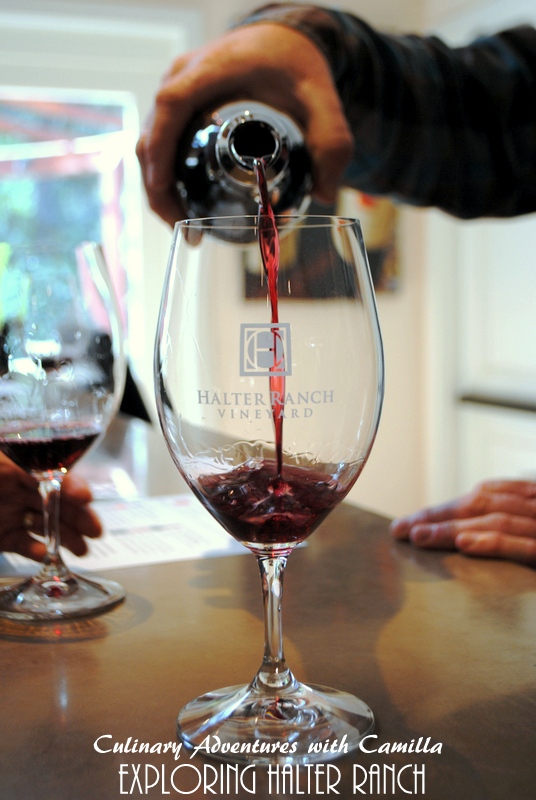 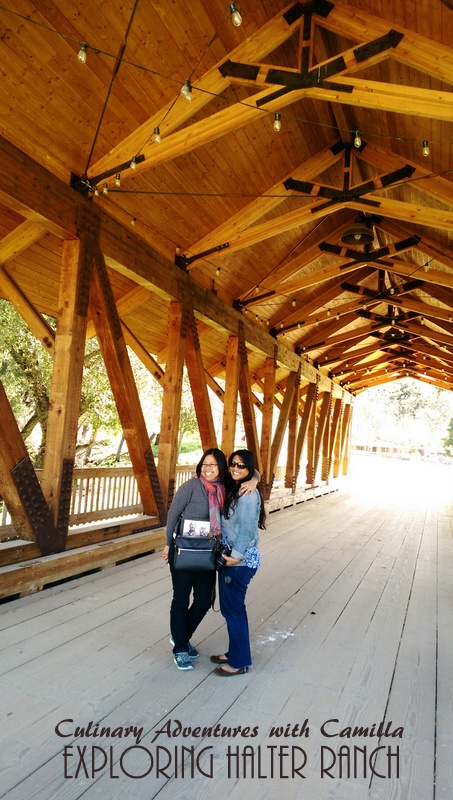 I've been meaning to explore Halter Ranch Vineyard since I was introduced to their wines through David of Cooking Chat; he's the brains behind the monthly Wine Pairing Weekend - #WinePW - event when a group of food loving winos (or are we wine loving foodies!) share pairings with a certain theme.

In any case, Halter Ranch graciously sent a few of us wines to pair during our October 2014 event. I ended up making a Pumpkin Lasagna + Halter Ranch's Côtes de Paso. Then I ordered two of their dessert wines for my Thanksgiving sweets pairing; I poured Halter Ranch's Vin de Paille & El Pecado with a spiced parsnip cake and bittersweet cremeux, respectively. These have all been great and well-received pairings.

So, when friends mentioned they were heading down to Paso to do an errand, I booked a tour and tasting for us. We were fortunate enough to have Ray to ourselves and he deftly guided us around the property, the winery, and the cave. Then he led us through a tasting of seven wines.

I was a fan before the tour and tasting. Now I'm positively enamored. I've toured many, many wineries, as have my husband and our friends, and we were all duly impressed and can't wait to get back.

Ray was well-versed on the history of the property and pointed out fascinating bits of trivia. For instance, originally built in 1885, the Halter Ranch Victorian farmhouse was the site of the first kill in the 1990 film ‘Arachnophobia.’ And the covered bridge built in 2009 - by a company in Oregon - to fulfill the fire department’s requirement of access to the new winery across Las Tablas Creek has a 2009 silver dollar affixed to the bridge. 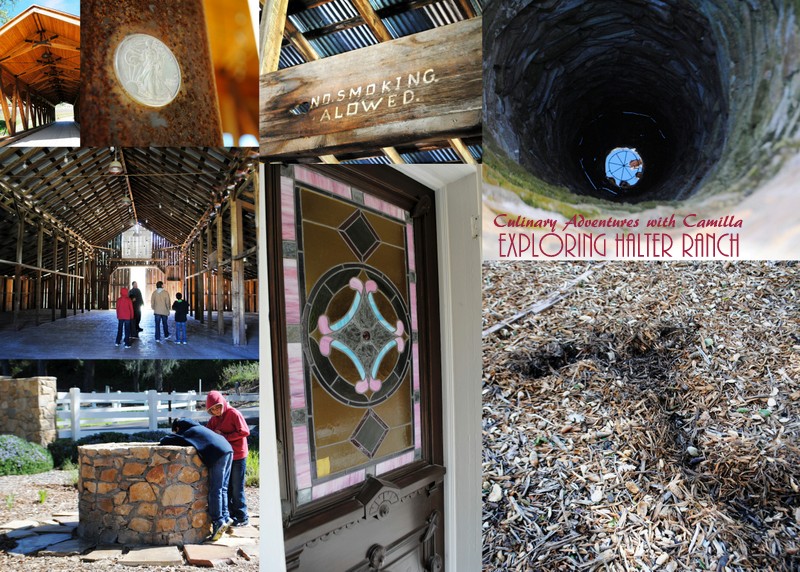 We walked across the bridge and up to the new winery that combines form and function in one of the most stunning buildings I've ever seen. It was 'clean and beautiful' meets 'rustic aesthetic.' 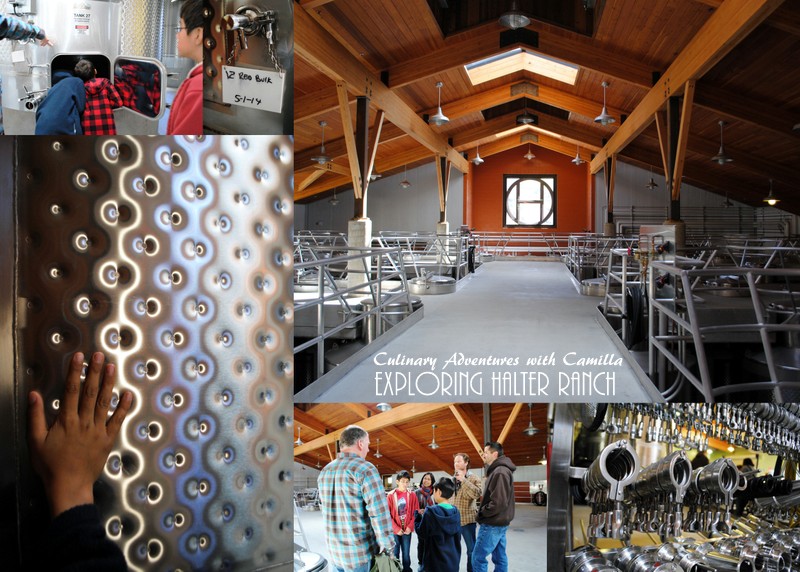 After the winery, we toured the cave. That always feels a little illicit as if we're lifting up the petticoats of an operation. Ray shared how to read the barrel markings, including how it's toasted, the forest from which the wood was harvested, and when it was made. I learned that a person who makes barrels is called a cooper. And we saw several barrels exhibiting willow hoops instead of the current metal wine barrel rings. 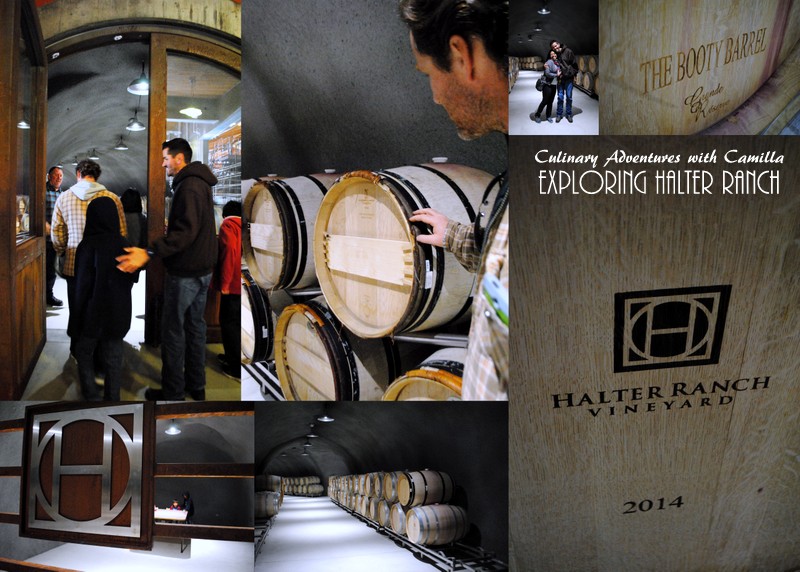 We ended our visit in the tasting room where Ray guided us through seven different wines, including the Côtes de Paso, Vin de Paille, and El Pecado. You know it's been a successful tasting when you leave with six bottles. I suggested we confer about which three bottles each couple wanted - and not repeat - so that we could share. "I'm not sharing," asserted Brian. Fine. I won't share either. 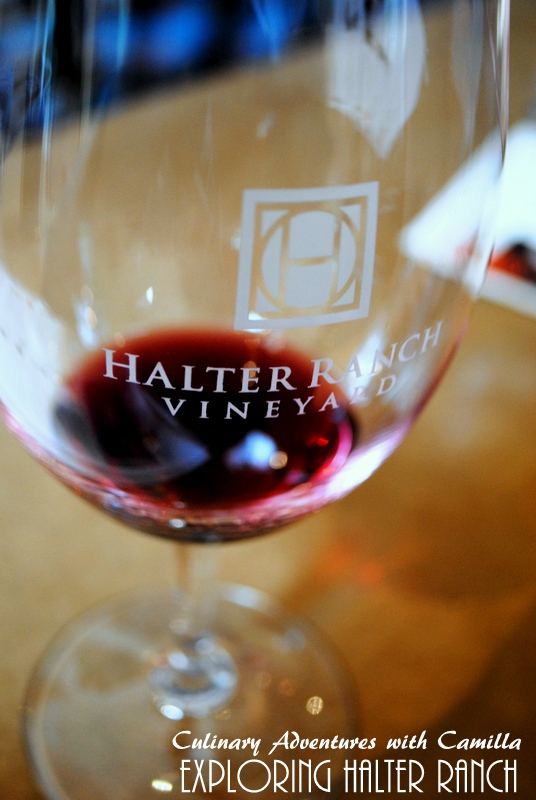 Tasting Notes + Food Musings
2014 Rosé: While I wouldn't typically pick a pink wine, this is a far cry from the syrupy white zinfandels of the 1990s. This is a completely dry, totally alluring wine with aromas of tropical fruit and a crisp minerality. I envision drinking this with a soufflé, such as my Emmentaler-Parmesan Soufflés.

2012 Côtes de Paso: This blend of Grenache, Syrash, Mourvèdre, and Tannat is light and bright with a smooth spiciness that would pair deliciously with my Burrata-Prosciutto Bruschetta with Pear Jam.

2012 Syrah: We ended up taking a bottle of this wine home with us. Jake loved the subtle floral aroma and full mouth-feel of ripe stone fruits. I think my Rose-y Lamb Lollipops with a Morello Cherry Glaze would complement it nicely.

2012 Cabernet Sauvignon: This is a classic Cab specimen, a wine rife with berries and minerals. I picture a glass of this alongside my Grilled Porterhouse with Shitakes.

2012 Ancestor Reserve; Named for the 29-foot circumference oak on the property, the Ancestor Oak, this is a big red. Complex and bold this Cabernet Sauvignon, Malbec, and Petit Verdot blend deserves a big, meaty dish. How about my Earthy Braised Lamb Shanks?

We ended with the Vin de Paille and El Pecado. Click for my tasting notes and pairings from Thanksgiving.

What a glorious visit to Halter Ranch. We're already scheming about how to get back down there soon. Many thanks to Ray for the tour and tasting, to Matt - of Hoot n Annie - for arranging the tour, and - last but definitely not least - to the winemakers who turn the grapes into some truly delicious wines.

And did I mention Halter Ranch was one of the first SIP Certified sustainable vineyards? Click to read about the SIP (Sustainability in Practice) Certification. Impressive, delectable, and committed to the environment. Can't wait for our next visit.