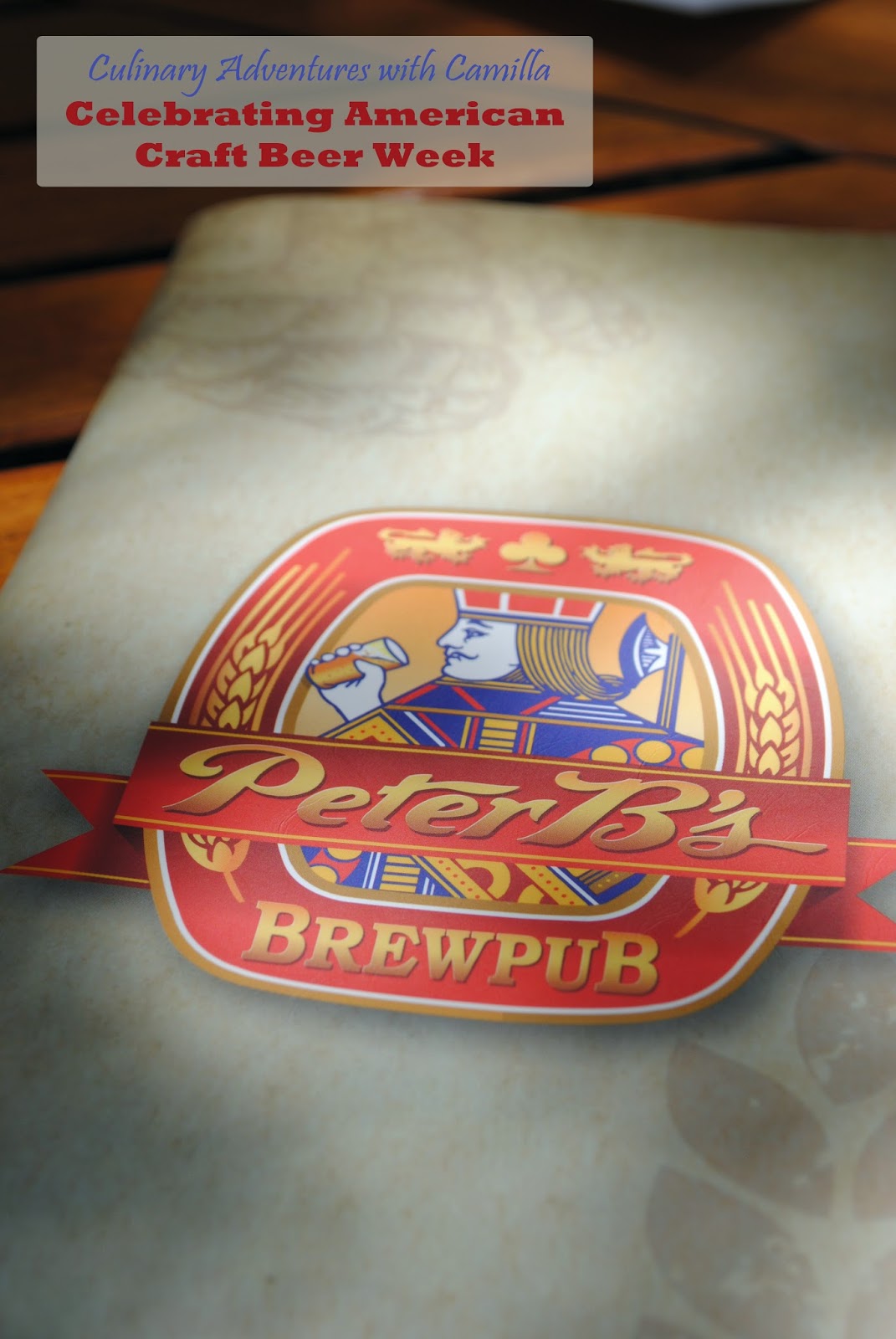 If you've been following along this week, you'll know that we've been enjoying some American craft beers. We've tried  - click the name for my tasting notes! - Ommegang's Hennepin, Sea Dog's Wild Blueberry, The Bruery's Tart of Darkness, and Clown Shoes' Luchador en Fuego. 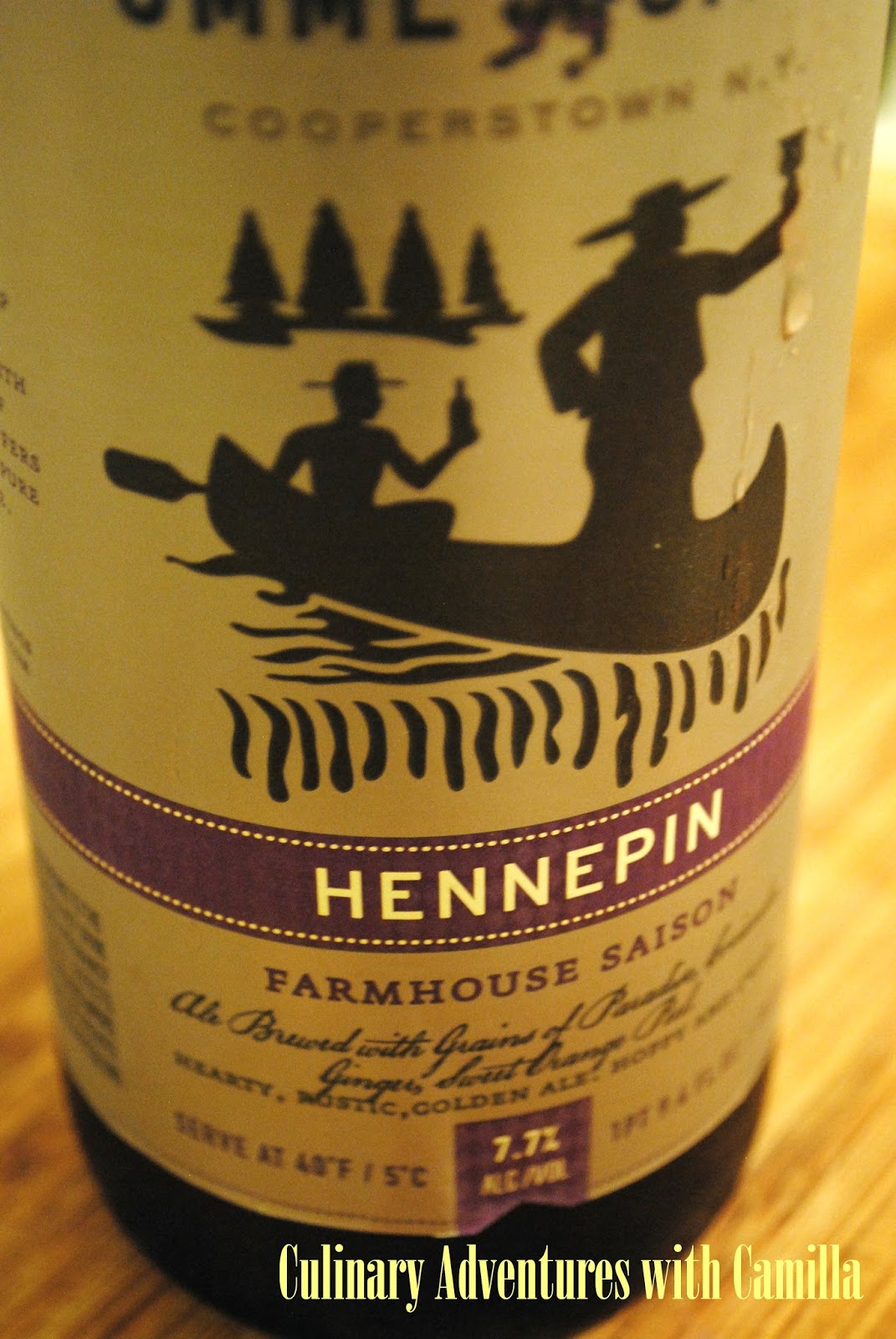 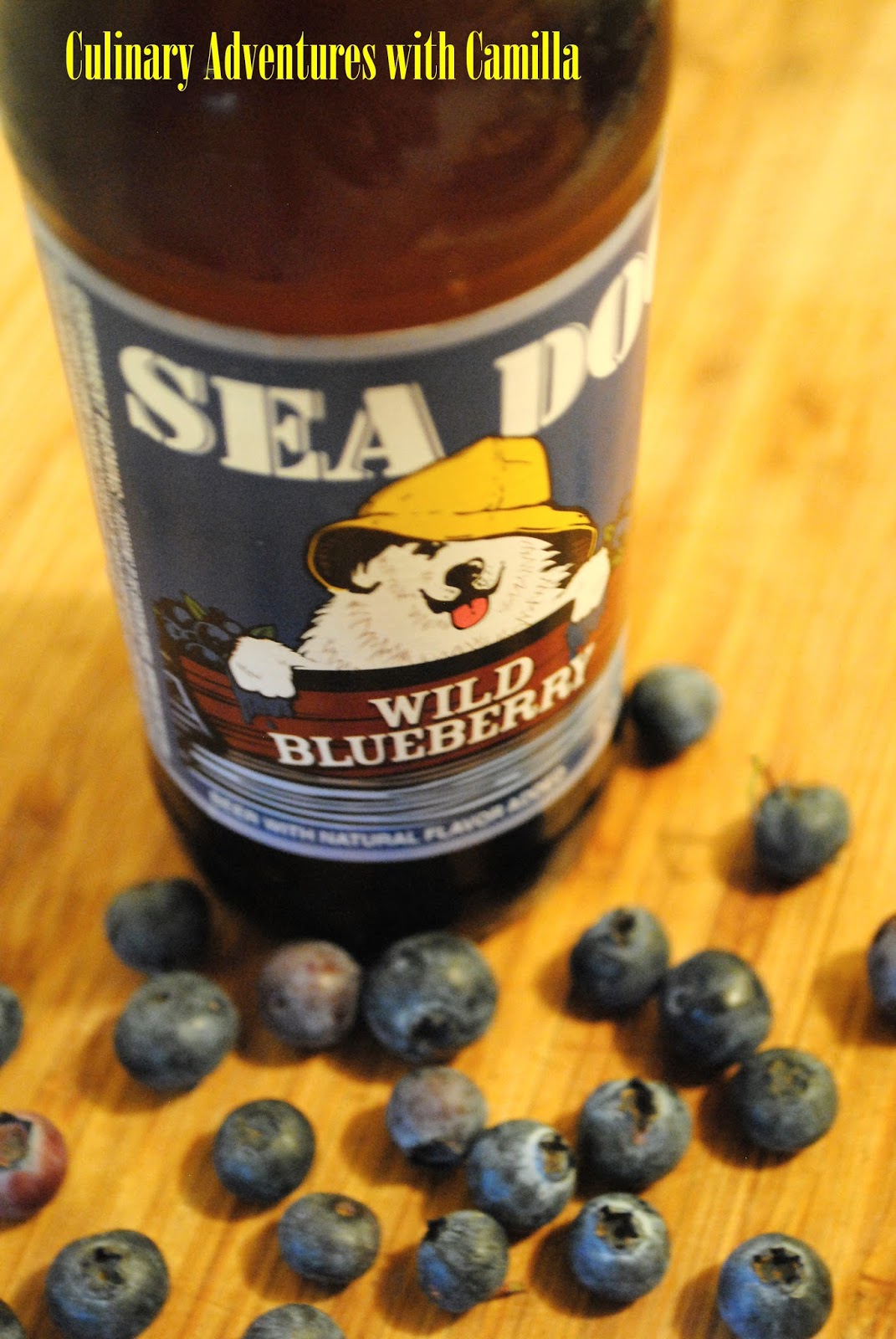 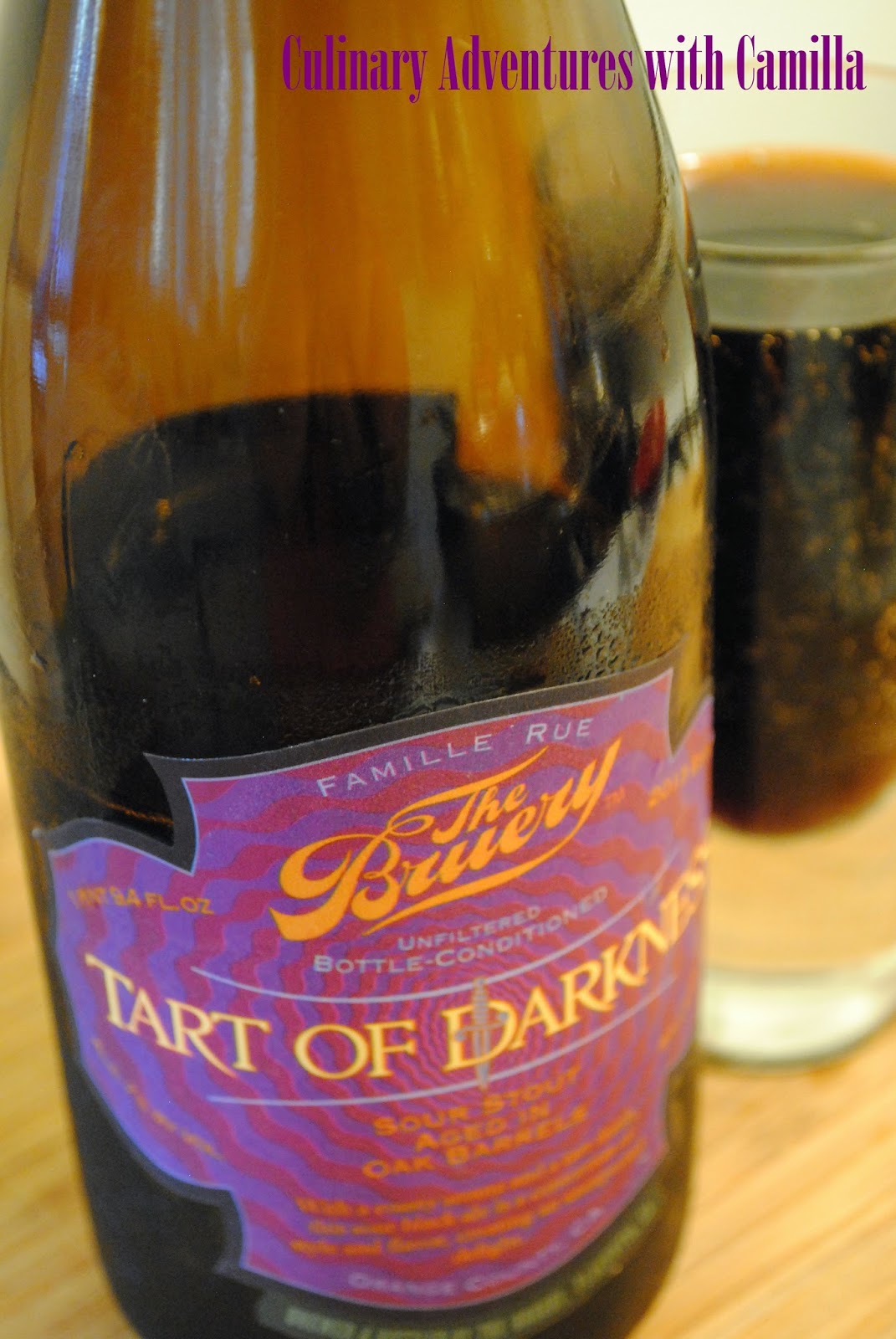 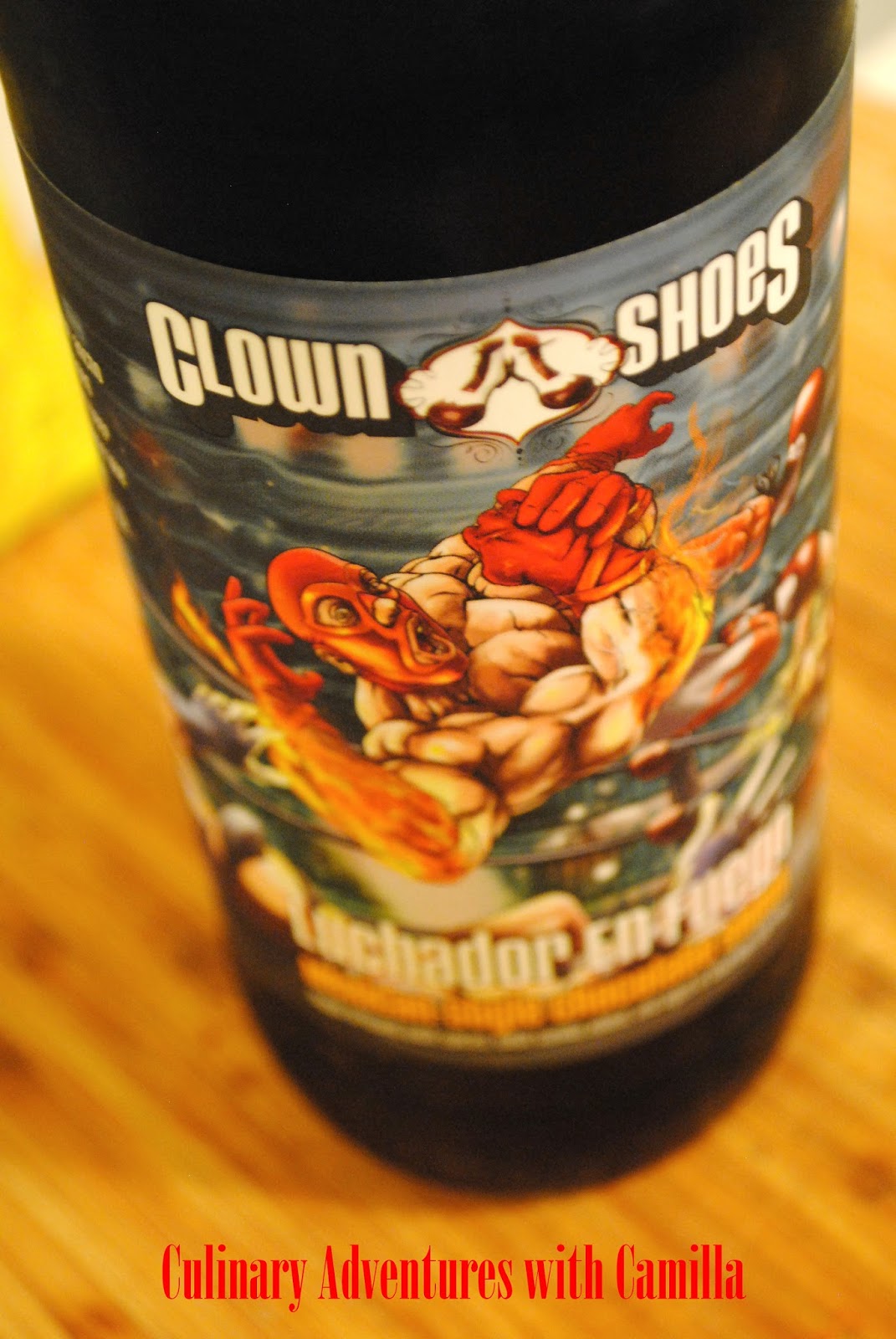 To cap off American Craft Beer Week, and to celebrate our kid-free day, we stopped at Peter B's Brewpub and opted for the tasting flight of five beers. 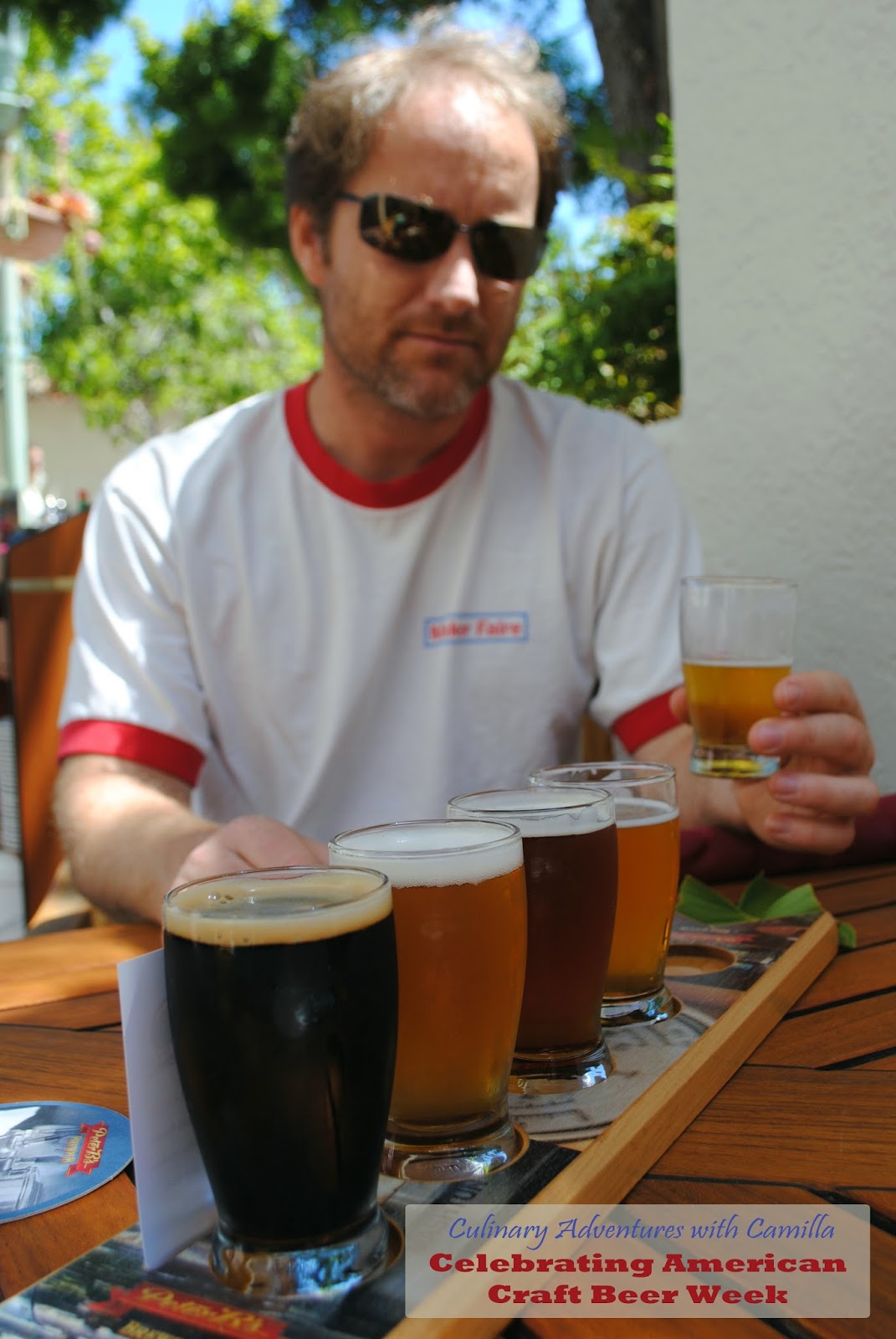 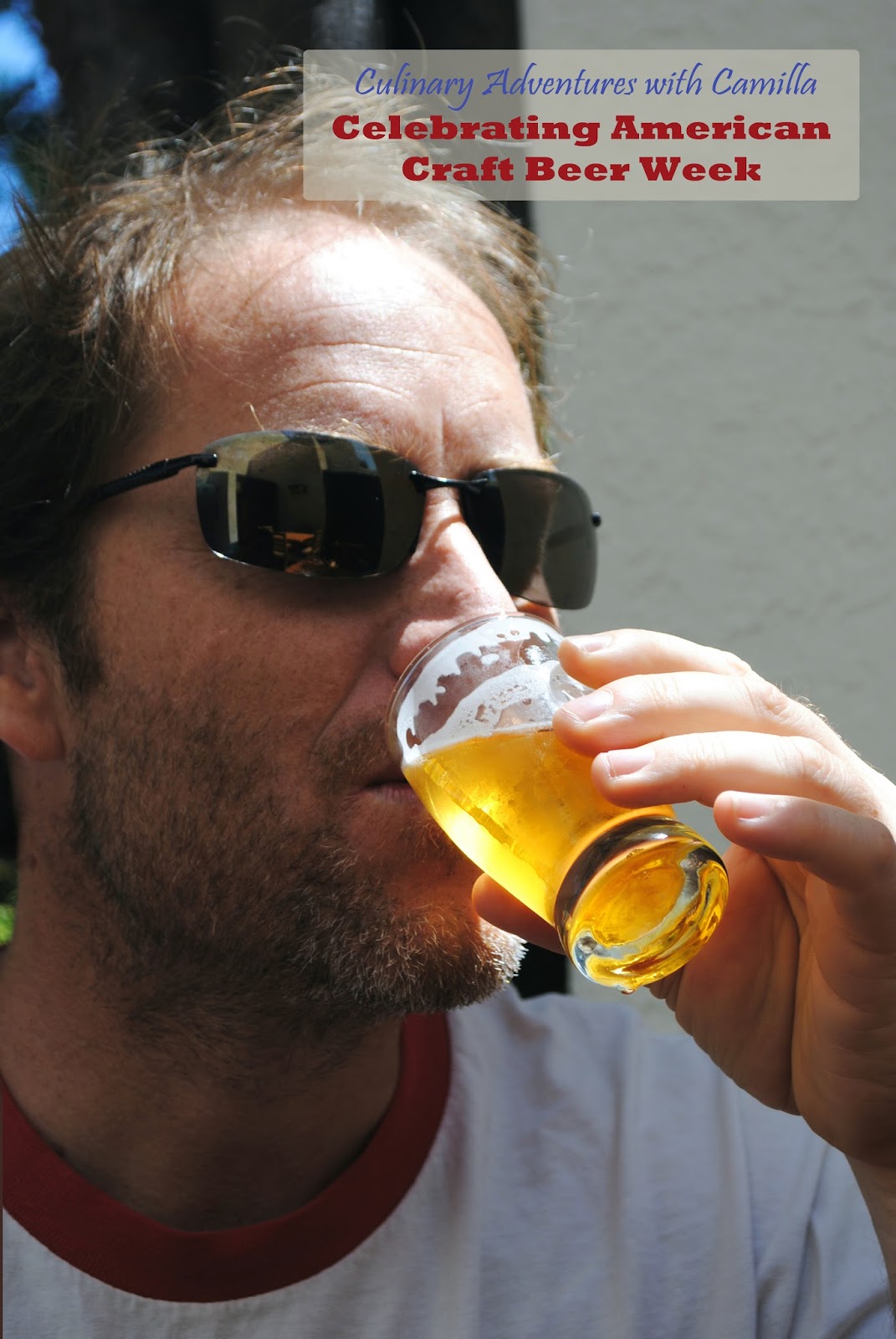 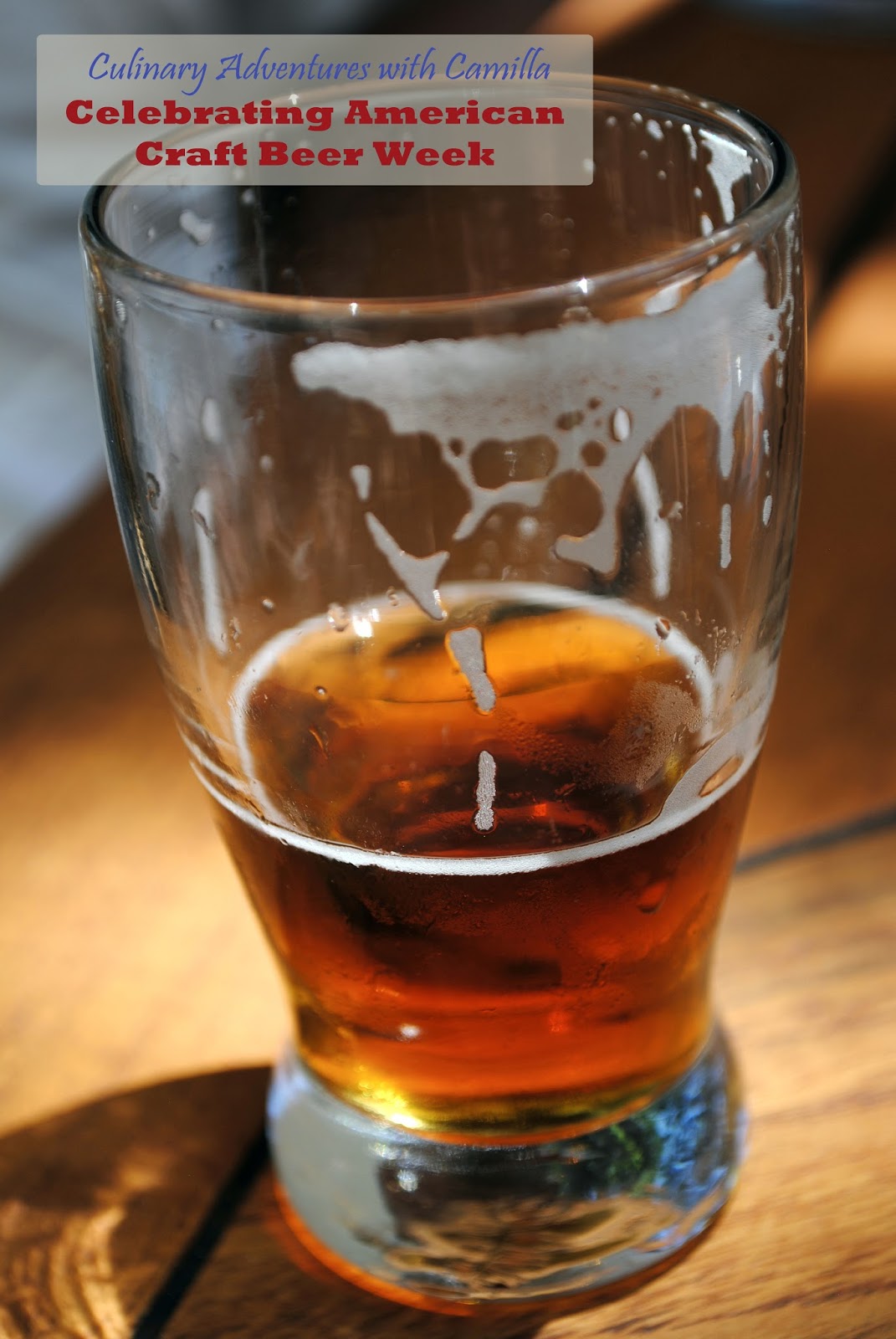 While I am not typcially a hop-head, I have to admit that I really enjoyed the Legend of Laguna. It's impressively floral which seems to temper the bitterness. 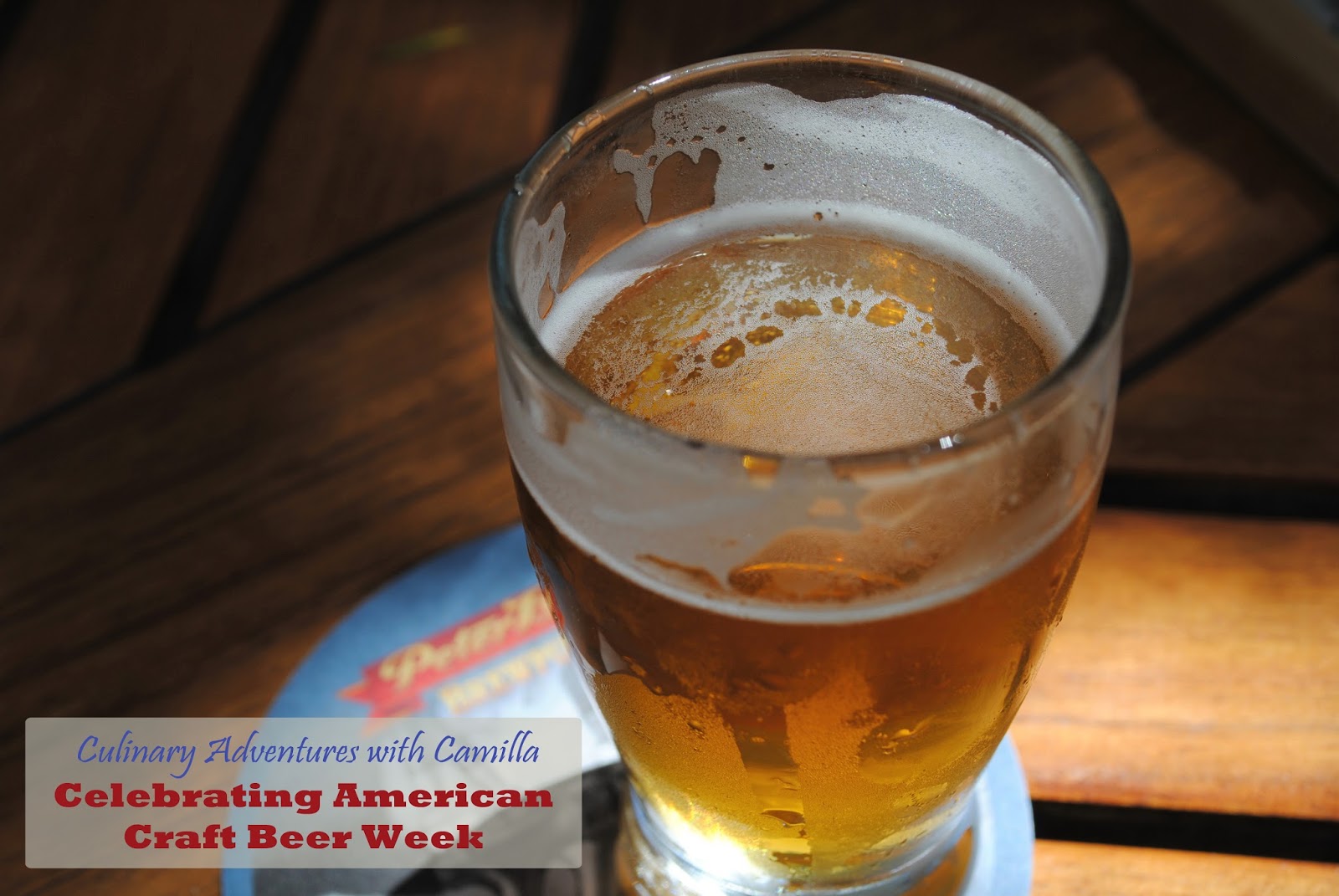 I was tickled to see a soft pretzel on their bar menu. Fun! Of course, I had to order it. It came with a large grain mustard and a spicy cheese sauce. 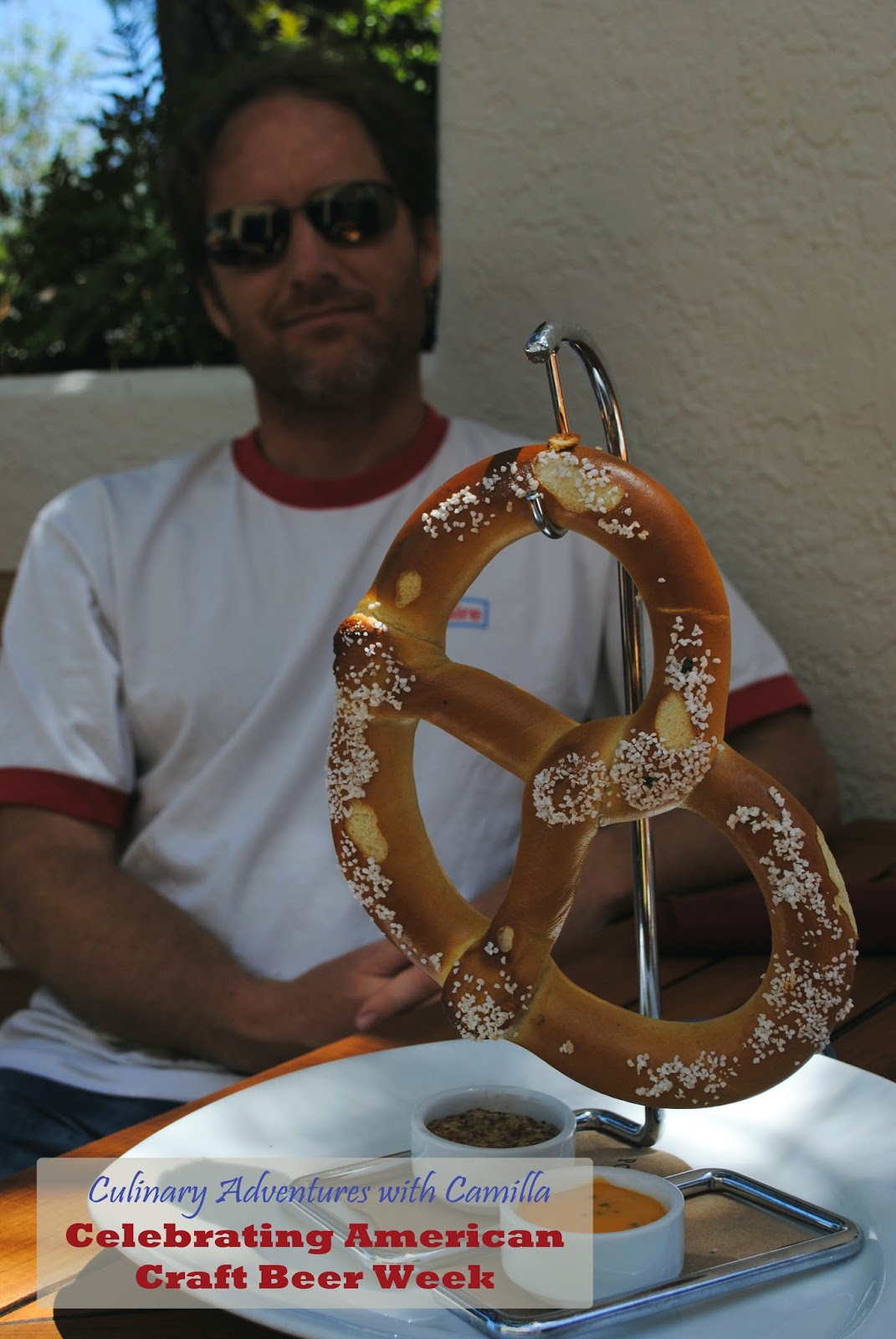 And when Jake mentioned, to our waiter, that the IPA was a little too bitter for his tastes, he brought us a taster of the Citra IPA which had 20 fewer IBUs than the Legend of Laguna. Nice guy and nice beer. 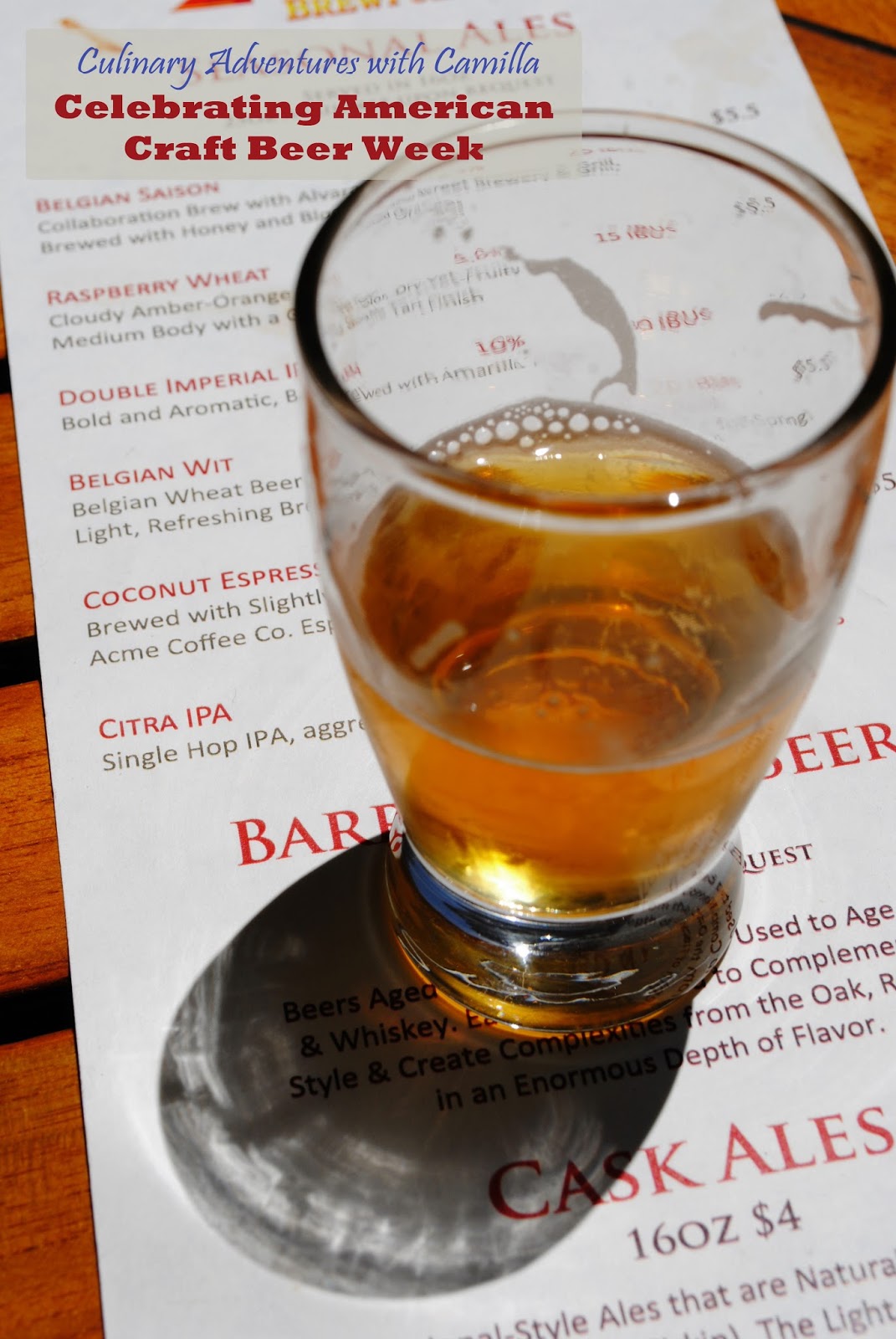