Angie at Big Bear's Wife shares recipes that are "Angie-tested, Big Bear-approved." Her Slow Cooker-Braised Short Ribs almost have me heading to the store for a slow cooker, but I've survived without one for this long; I can make it work on the stovetop. And I will definitely be trying her Best Apple Crisp recipe. How can you pass up a recipe with a name like that?

Vonnie, as she's called by friends and family, runs the blog My Catholic Kitchen. While I am not a practicing Catholic, my parents are. Like really are. They still go to Latin mass. So, I appreciate her comments about "In Season", correlating the Catholic ordinary time and the seasonal produce. Vonnie hopes to publish her own cookbook one of these day. And, as a good start, she has had a couple of recipes published in cookbooks already. Check out her Arabian Spiced Nuts and Cranberry Focaccia; both sound amazing! 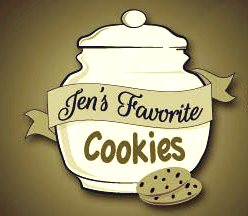 Jen, from Jen's Favorite Cookies, has four categories of cookies on her site - Bars, Cut-Out, Drop, and Sandwich. Wow. A few that caught my eye: Lemon-Thyme Shortbread, Key Lime Sugar Cookie Bars, and Cinnamon Palmiers. On the savory side of things, her Cheddar Bacon Scones just might be in my backpack for our weekend hike!

Looking forward to the recipes that this trio will be posting next week. Hooray for #BrunchWeek. 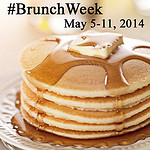