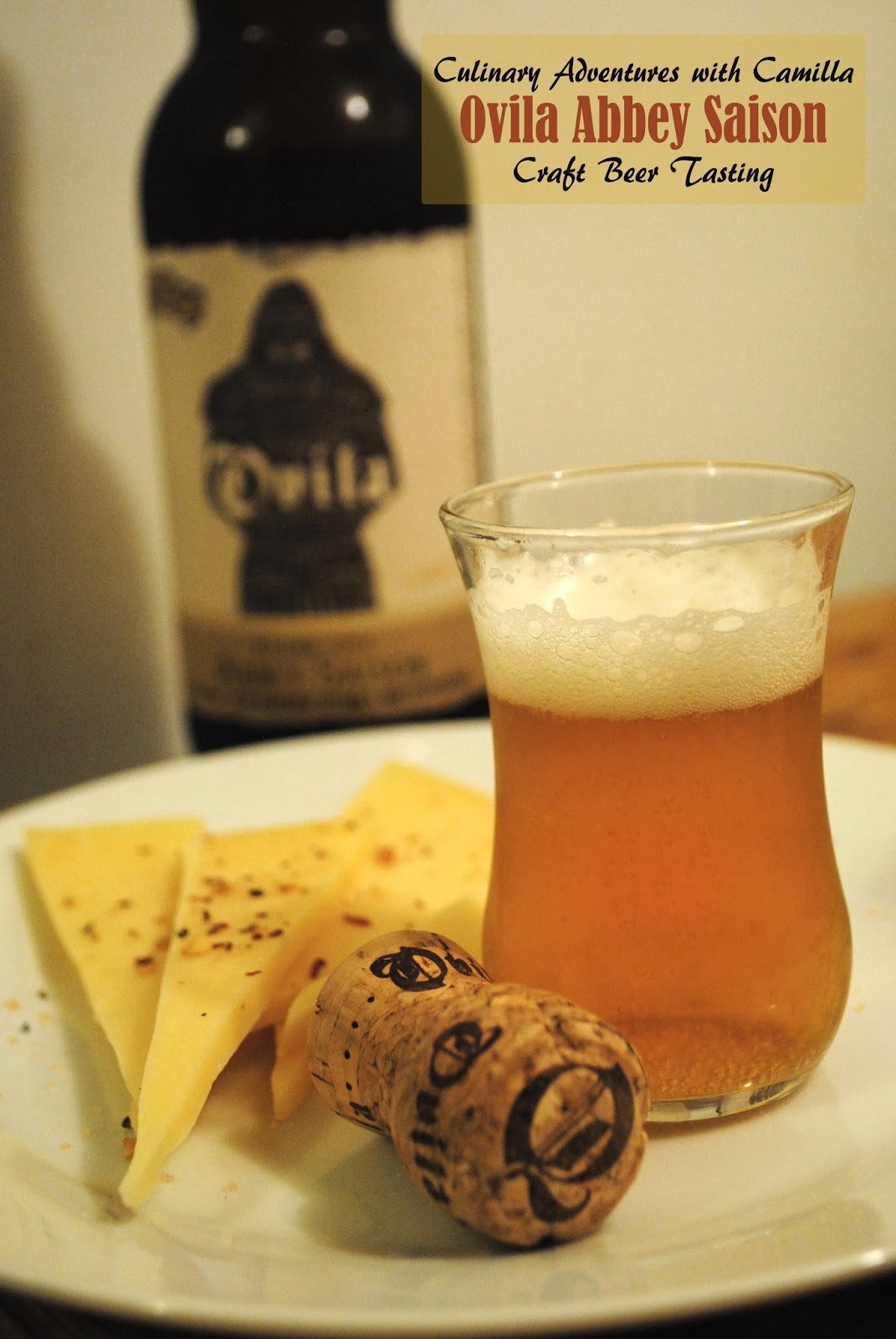 I know, I know. American Craft Beer Week is officially over. But, well, I over-bought. I found intriguing beers and filled a shelf in my fridge last week. Now we have to make our way through, tasting, enjoying, and exploring. No complaints from Jake. 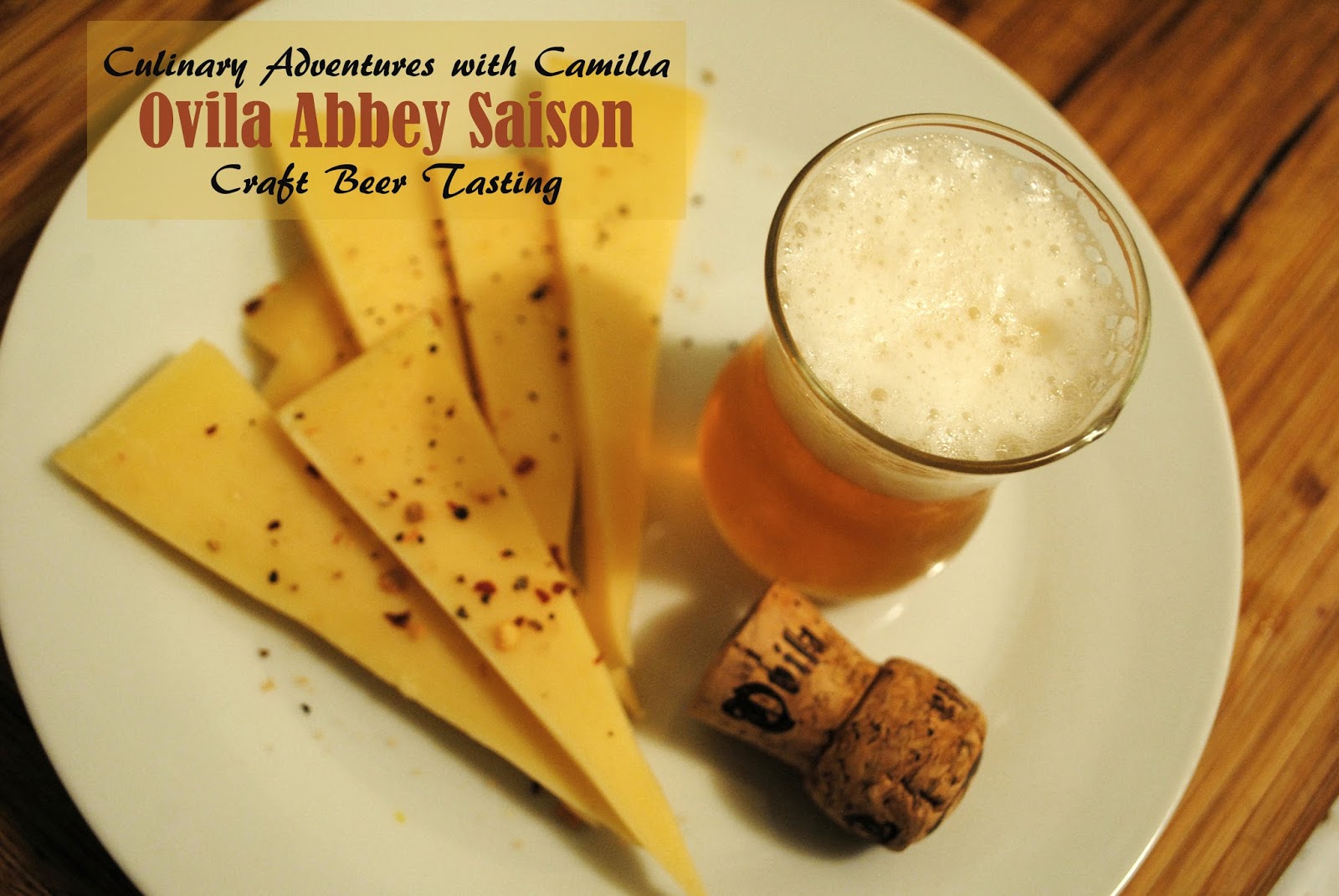 And when we were at a restaurant last week, they served their beer with some celery-salt dusted cheese. Okay. I can do that. So I poured the Ovila Abbey Saison and served it with an aged gouda sprinkled with a salt-pepper blend that a friend brought back from Hawaii for me. It was a magnificent combination. 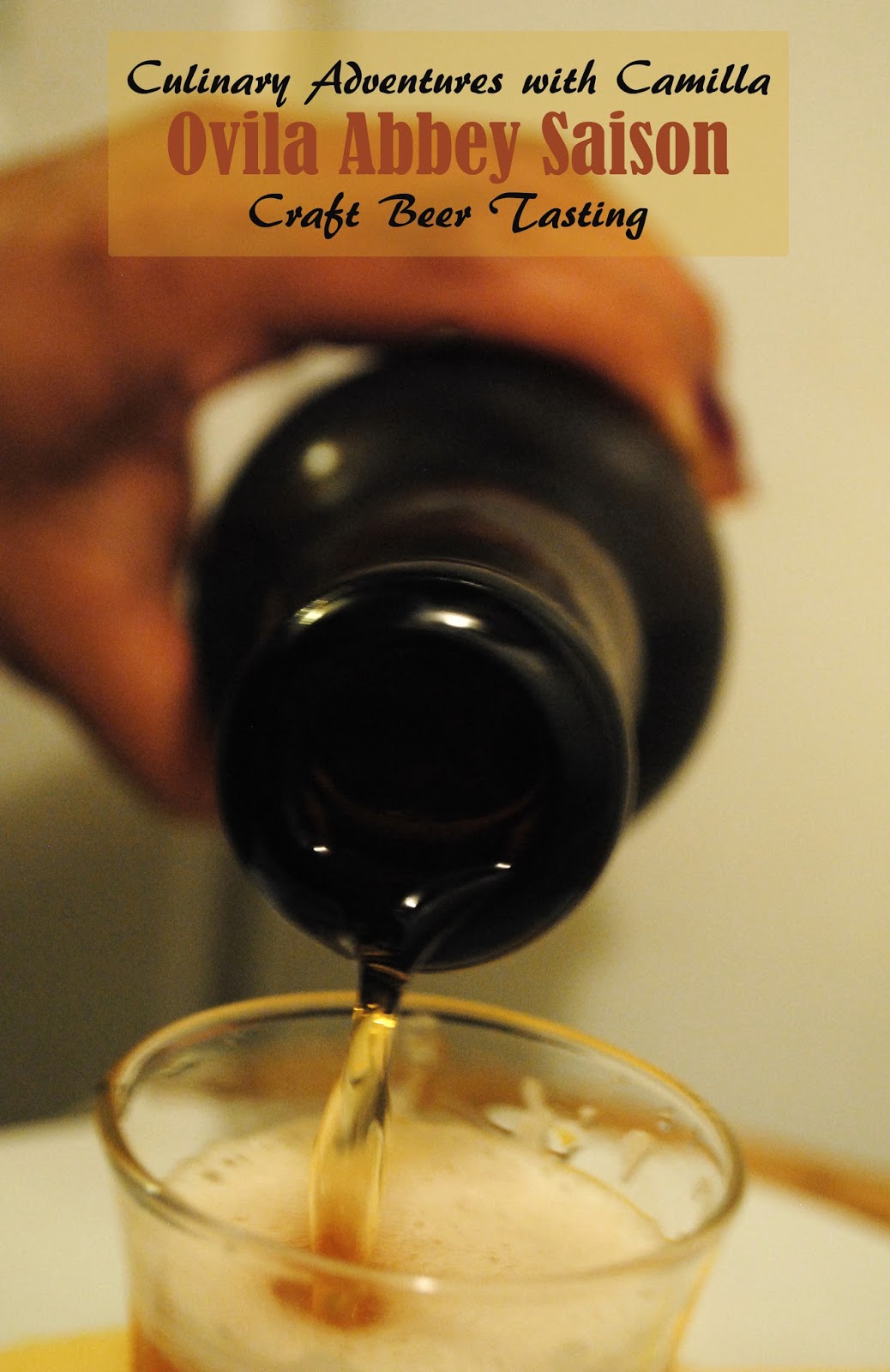 Ovila Abbey Saison is part of a series of Belgian-inspired beers brewed by Sierra Nevada Brewing Co.in collaboration with the monks at the New Clairvaux Abbey. This unique brew has the tang of mandarin oranges and the kick of black pepper. It's nice! I only wish I had picked up more than one bottle.