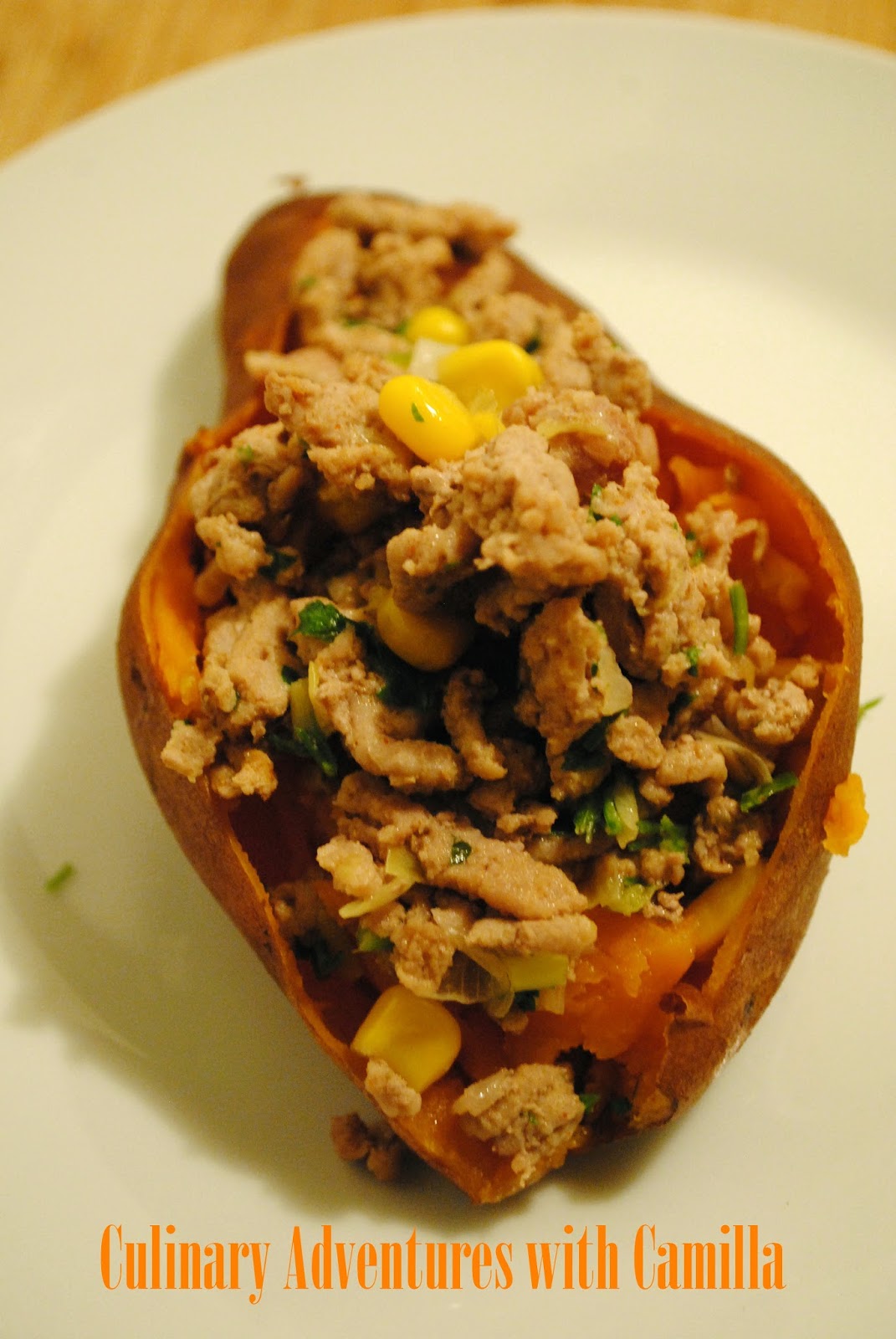 We're pushing ahead in our Cooking Around the World Adventure with a tabletop trip to St. Vincent and the Grenadines.

This eastern Caribbean nation is comprised of one volcanic island, Saint Vincent, and thirty-two smaller islands and cays, the Grenadines. Saint Vincent is mountainous with rich volcanic soils, and its volcano, Soufrière, last erupted in 1979— year of their independence from the United Kingdom. Two hydroelectric plants help power Saint Vincent's diversifying economy which has been dependent on exports of bananas and arrowroot. Tourism has been growing steadily, too.

Other Facts + Their Flag

For this dinner, I only made one thing! When researching traditional recipes I kept seeing three recipes pop up - Curried Goat, Stuffed Sweet Potatoes, and Stuffed Cucumbers. Since the stuffed sweet potatoes were easy and something I could do while helping the boys with homework, I went that route. There weren't very many detailed directions for this dish - just roast potatoes and stuff with bacon, ground meat, and corn. So, I created my own version. These may not be traditional, but they were tasty! 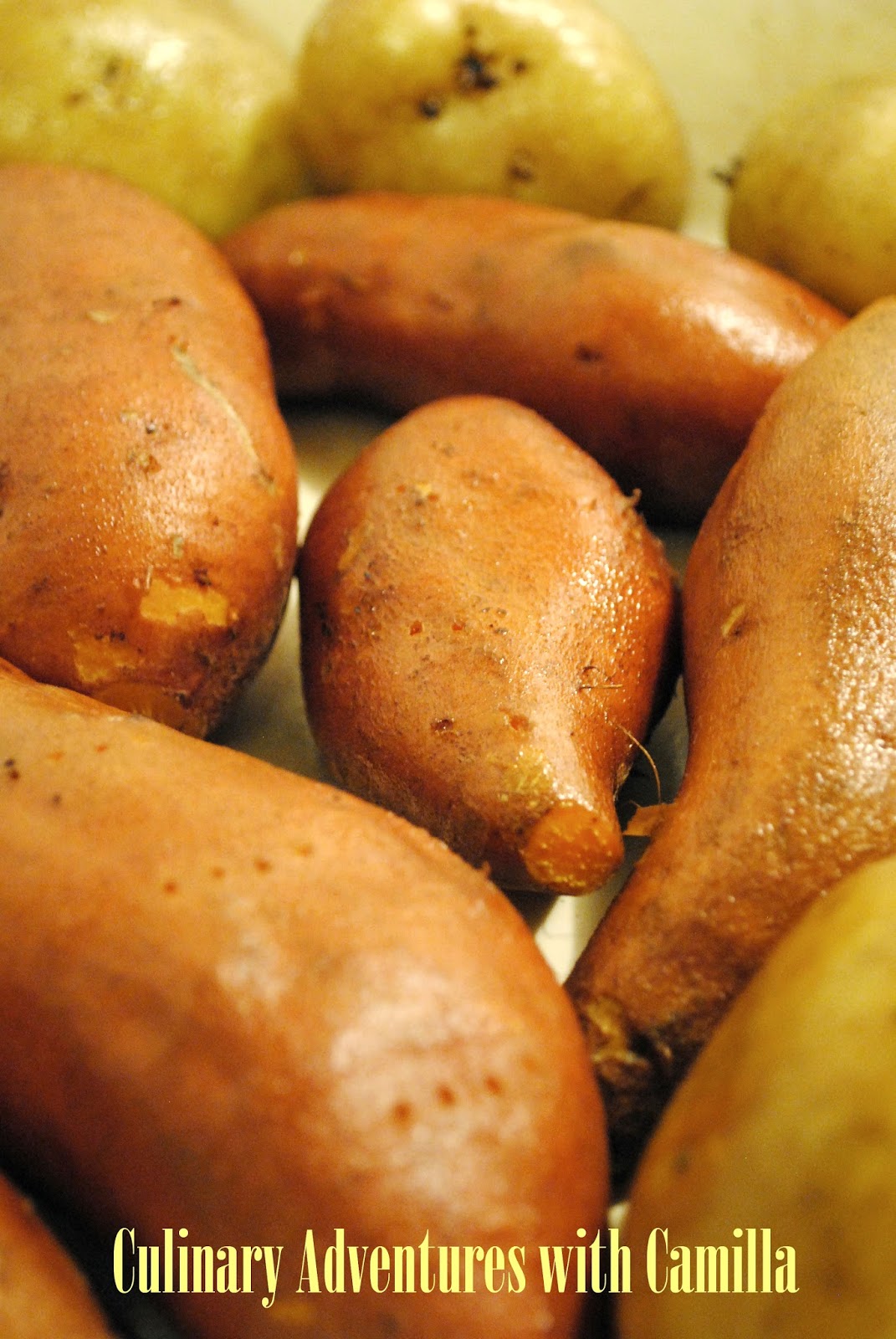 First, roast your potatoes. Preheat your oven to 375 degrees F. Scrub and dry your potatoes. Trim off the ends, if you wish, and prick them all over with a fork. Coat them lightly with oil and place them in a baking dish. Cover the dish with foil and roast for an hour. The sweet potatoes should be soft to the touch. 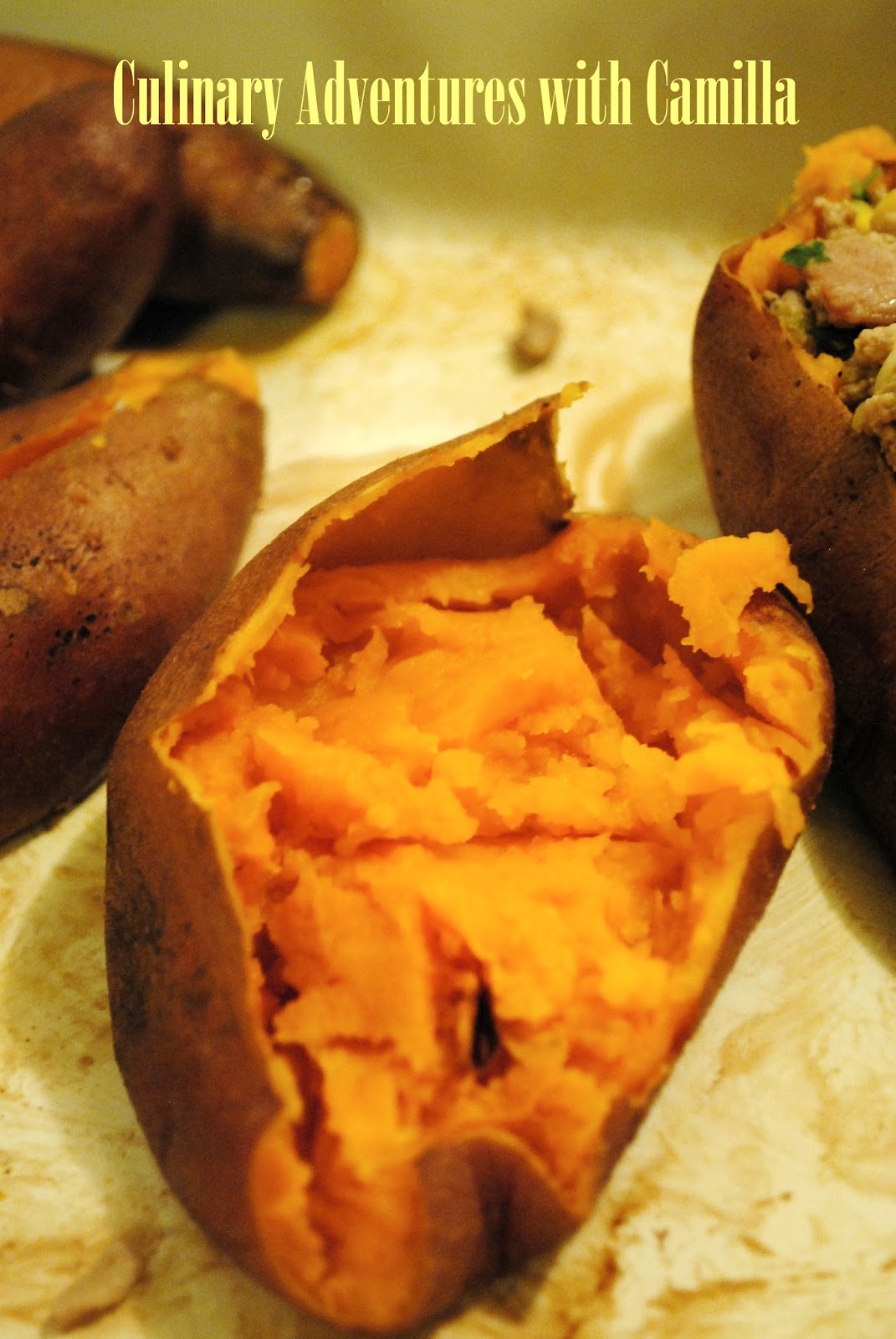 Slice the sweet potatoes open lengthwise. But don't cut them all the way through; you want them to be able to form a "boat" around the filling. Gently mash the meat of the sweet potato, leaving the sides as intact as you can.

Now, make your filling. In a large, flat-bottom pan, saute your leek until they are softened and beginning to get translucent. Add in the diced bacon and cook until the fat it completely rendered but not crisp. Stir in the ground meat and brown until completely cooked through. Stir in the corn and season to taste with salt, pepper, and smoked paprika. Lastly fold in the chopped parsley.

Press the filling into the prepared sweet potatoes and return them to the oven for 10 minutes to warm them completely. Serve hot with a salad on the side. 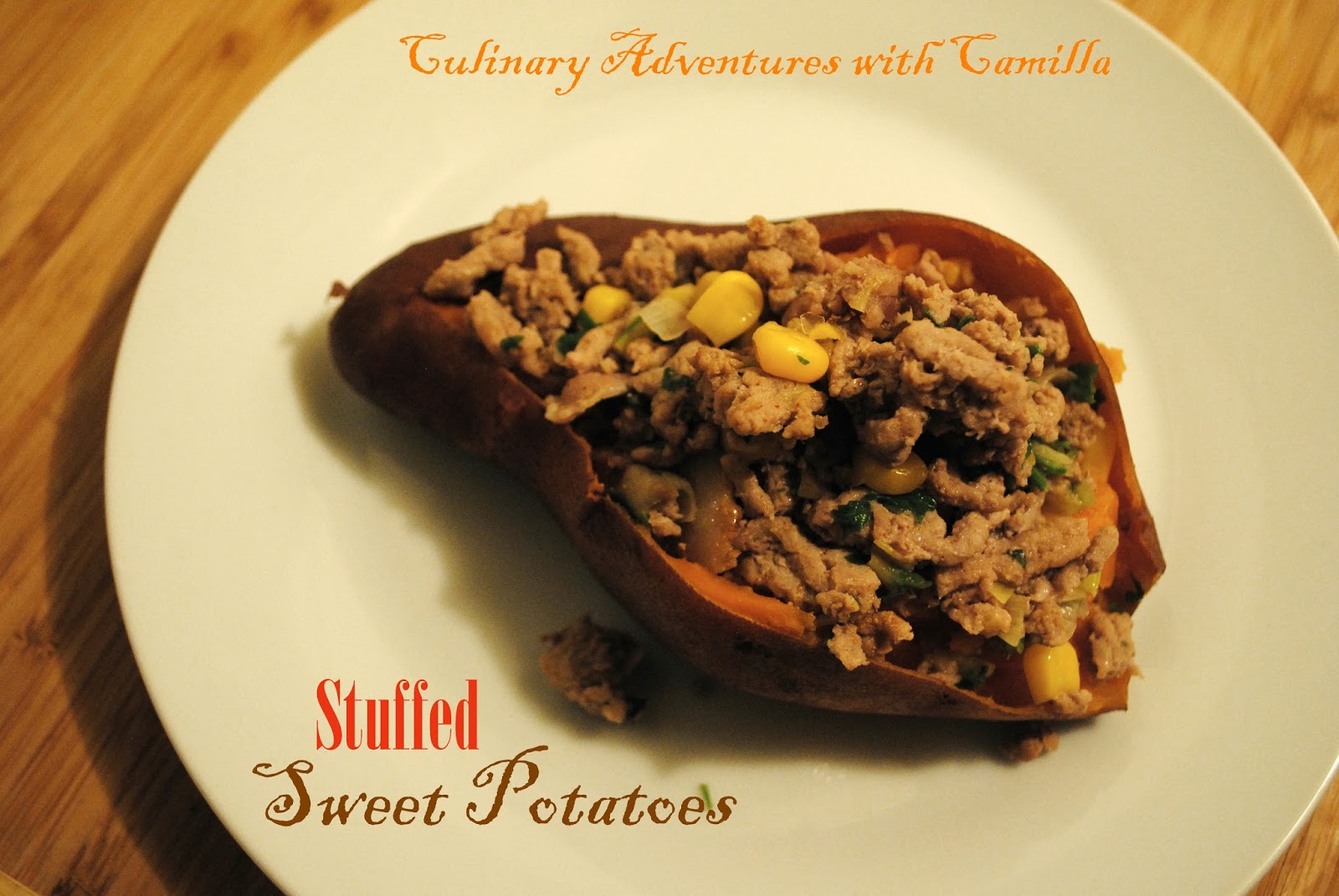 That's a wrap on our Vincentian adventure. We're headed to Samoa next. Stay tuned!