By Camilla M. Mann December 03, 2012
I orginally made these are part of my second cooking week for my The Bengali Five Spice Cookbook review, but since they were ah-maaaazing, I wanted to pull them out and give them their own post: Koftar Johl (Curried Turkey Meatballs). These were delicious and relatively hands off. I had never cooked meatballs in the oven before; that is my new method of choice versus simmering in sauce and making sure they don't burn. 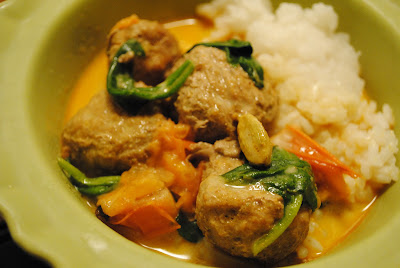 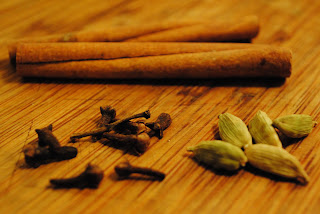 *I omitted the cayenne, onion, and the cilantro but added Meyer lemon juice, swapped light cream for heavy, increased the spices, and tossed in some fresh spinach and an extra tomato.

Mix the ground turkey, ginger, garam masala, and lime juice together in a mixing bowl. Preheat the oven to 375 degrees. Make walnut-sized meatballs and place them on a foil-lined baking sheet. Bake for 20 minutes. 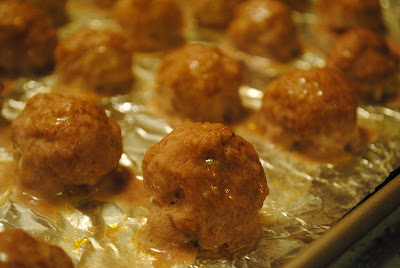 In the meantime, heat the butter with a splash of olive oil in a large, flat-bottom skillet. Add the spices and cook until aromatic. Add the garlic and cook until softened. Stir in the tomatoes, curry powder, and salt and cook until a thick tomato sauce begins to form. 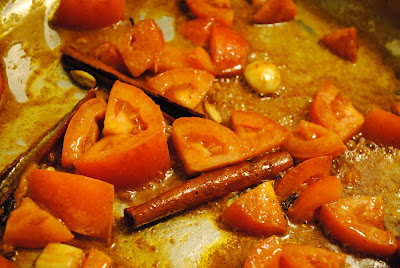 Pour in 2 C organic chicken broth - or water - and bring to a simmer. Add the cooked meatballs to the sauce and cook for an additional 10 minutes. Add in the cream and cook until heated through. Mix in the baby spinach and stir until just wilted. Serve over rice.